No point to prove says the Pocket Rocket 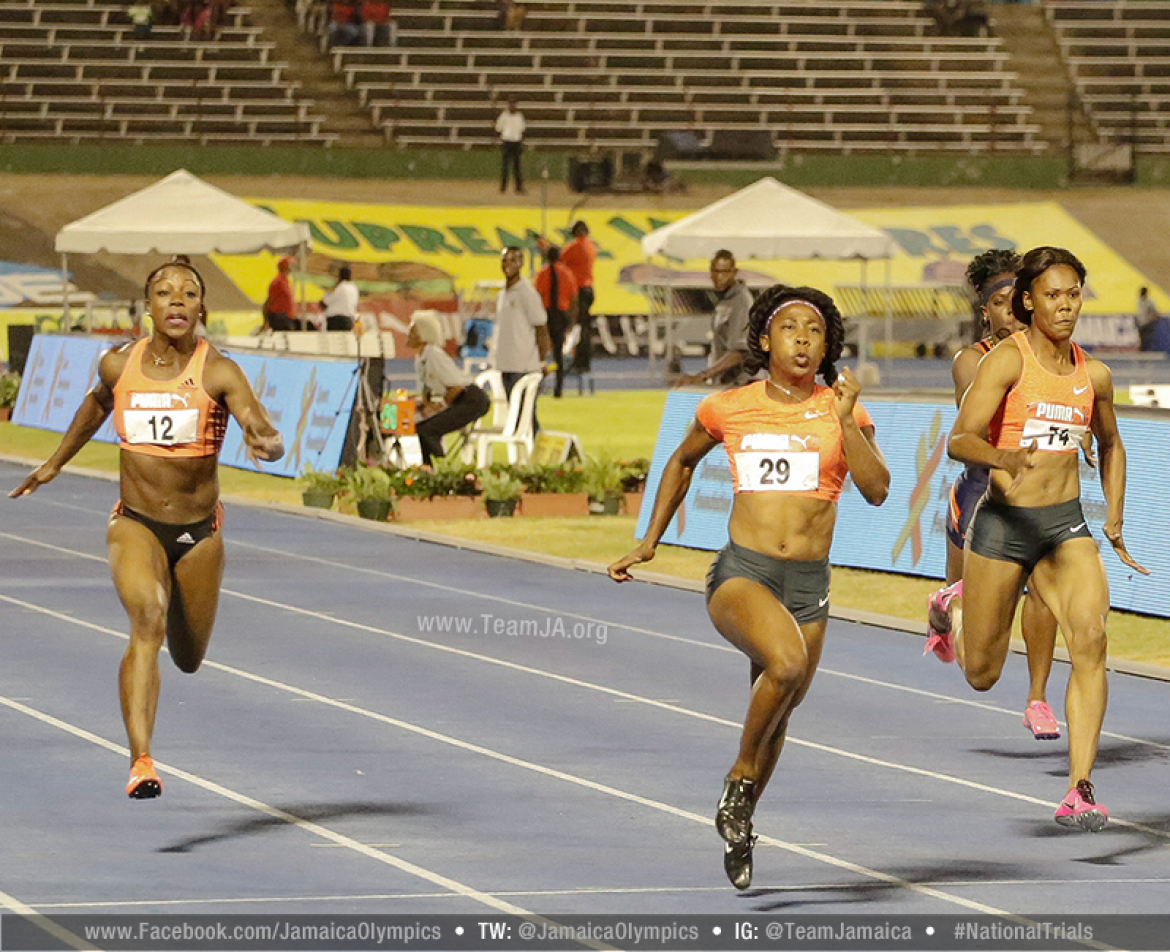 She had no point to prove. No message to send. She did not need to run at the JAAA/Supreme Ventures National Senior Track and Field Championships but Shelly-Ann Fraser-Pryce needed to see where she was at after missing a few races due to some discomfort in her leg.

When the starter’s gun fired, the Pocket Rocket exploded from the blocks in typical fashion and the race was as good as over. The little dynamo fought off the early challenge of former MVP starlet Sherone Simpson who herself was off to a blinder before moving further away with each stride to win by a wide margin in a world leading 10.79 (0.4 m/s).

The national record holder may have the odd bad race, after all she is human, but Fraser-Pryce once again stamped her undeniable class on proceedings with a run that was a warning to those queuing up to dethrone her as world champion. The 28 year old dismissed suggestions by the media in a post race interview that she was out to prove a point or send a message.

…It was more of executing a very good race after missing a couple of races because of a hamstring niggle. I just wanted to put together a solid race. I came out to execute my race and take it from there…..many races to go before the world championships….nothing is given, nothing is put out there for you. You have to go claim it. You have to work hard for it. There is no proving anything. Physically I am fine…just trying to execute some races, get my fitness going”, Fraser-Pryce said in an interview with media.

The double sprint champion from 2013 also stated that she would be running the 200m when that event gets going on Day 3.

Some may say the surprise package of the race was Fraser-Pryce’s MVP team-mate Natasha Morrison. Friday night was destined to be a defining ‘time’ in the career of this promising but often injured athlete. The writing was on the wall that she would be in with as good a chance as any for a podium spot and a place on the team to contest the individual 100m at The World Championships in Beijing. The 22 year old former Glengoffe High School standout delivered when it mattered and held her form well to hold on for second in a personal best 11.03.

Veronica Campbell-Brown has not looked sharp all season but competes with a never say die attitude that offsets some of her flaws including her all too frequent poor start, a problem that reared its ugly head in Friday night’s final. Campbell-Brown, one of Jamaica’s most decorated sprinters had to pull out all the stops to ensure a spot in the top 3 with a time of 11.06.


[/column2_last]
Sherone Simpson has had a difficult last 3 years but was always optimistic regarding her chances of making the top 4 in the 100m finals. In one of her best starts in recent memory, the 30 year old who now trains with Maurice Wilson’s Sprintec, defied the odds to qualify for another global meet finishing 4th in a season best 11.14 a huge improvement on her previous 2015 best of 11.42 coming into ‘Trials’.

It was always felt that with the emergence of a few really talented young sprinters, at least one of the veterans who had worn the black, green and gold with distinction in the 100m, would be a casualty. Many were fearful that long-serving ambassador Kerron Stewart was as vulnerable as she has ever been and would find it difficult to cement an automatic spot for the individual 100m on the National Team to Beijing. Those fears were realized on Friday night as Stewart’s gallant closing rattle was only good enough for 5th on the night, a season best 11.18 and a spot in the relay pool being the only consolation.