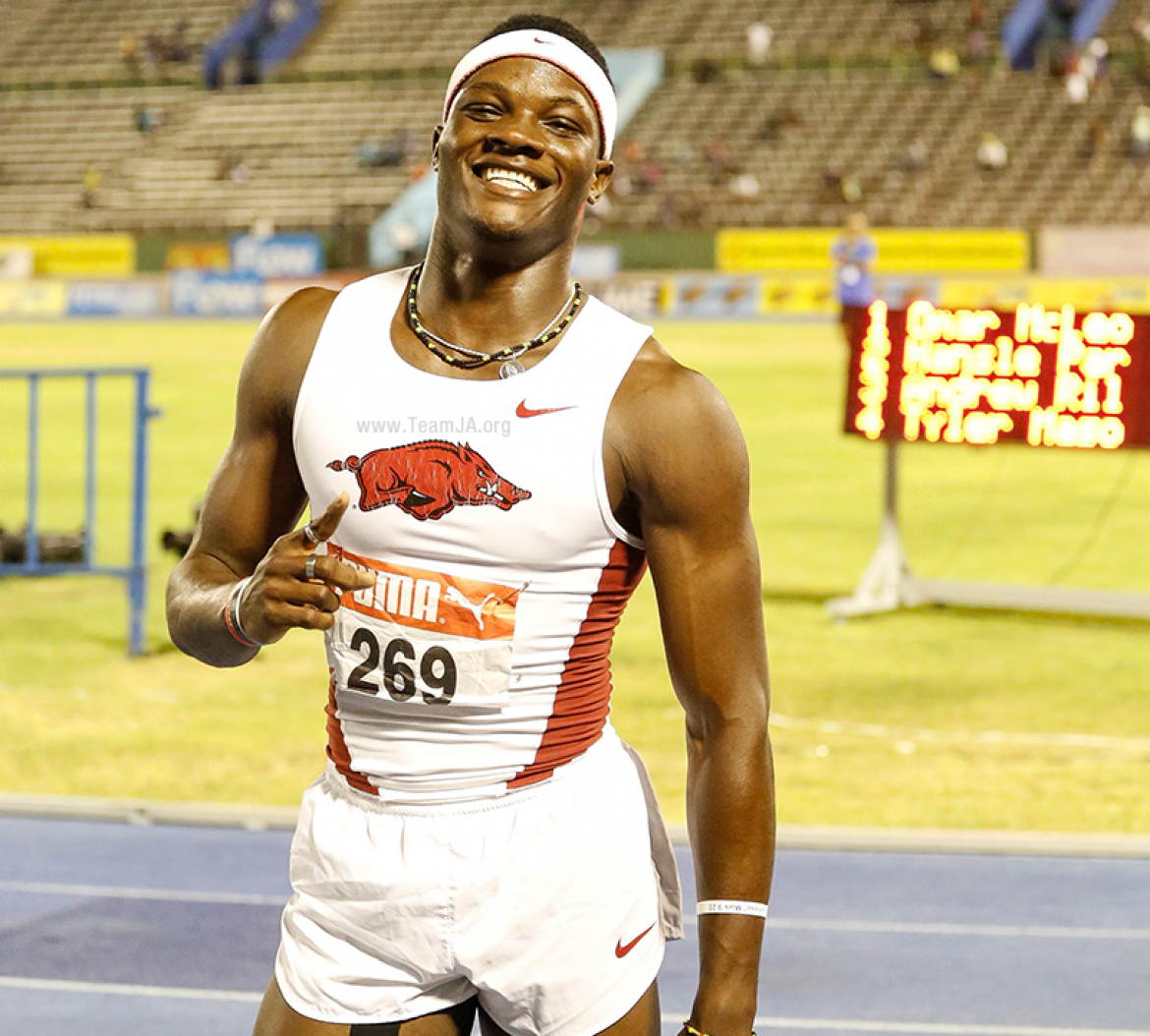 It was billed as a ‘Three the hard way clash’ by Team Jamaica Sports in its 110m Hurdles Preview with ‘Omar McLeod poised to upstage Hansle Parchment and Andrew Riley’. The race unfolded as previewed and it was breathtaking to watch.

Hansle Parchment needed to be close to his record setting shape of 2014 if he were to stop the rampaging McLeod and regain the National Title he won in 2012. He was but not close enough as the favourite McLeod turned in the performance of his life to win the hotly contested event in a world leading and intercollegiate record 12.97 (1.0 m/s), the 2nd fastest time ever by a Jamaican behind Parchment’s 12.94. It was poetry in motion execution by the former Kingston College and Manchester High standout who got off to his customary fast start and found extra when Parchment loomed menacingly close home.

McLeod who won NCAA Division One titles indoors and outdoors was copping his first national Senior title and obliterated his previous best of 13.21 set in Des Moines in April. It was his last run in the Arkansas Razorback colours as just prior to the ‘Trials’ McLeod indicated that he had taken the decision to enter the professional ranks thereby giving up his remaining years of college eligibility.


[/column2_last]
Parchment is a proven campaigner and it was always felt that despite his mediocre returns prior to ‘Trials’, the tall and powerfully built former Kingston College and Morant Bay High athlete would be in the shape to offer serious competition to the inform McLeod. For a few strides in the latter half of the race, the 25 year old who won the Bronze Medal at the 2012 London Olympics, looked threatening but found McLeod unyielding. For his gallant effort, Parchment was rewarded with a season best 13.08 after coming into the ‘Trials’ with a 2015 best of 13.40.

Andrew Riley failed in his bid to complete the hat-trick of National Senior Titles and would have been slightly disappointed with his performance as he failed to improve on his season best. Riley will take consolation in the fact that he was able to withstand the challenge of the impressive National Junior Record holder Tyler Mason who ran the race of his life to be nosed out of the final spot to Beijing. The 2014 Commonwealth Games Champion was 3rd in 13.35 just ahead of 19 year old Mason with a lifetime best 13.39.