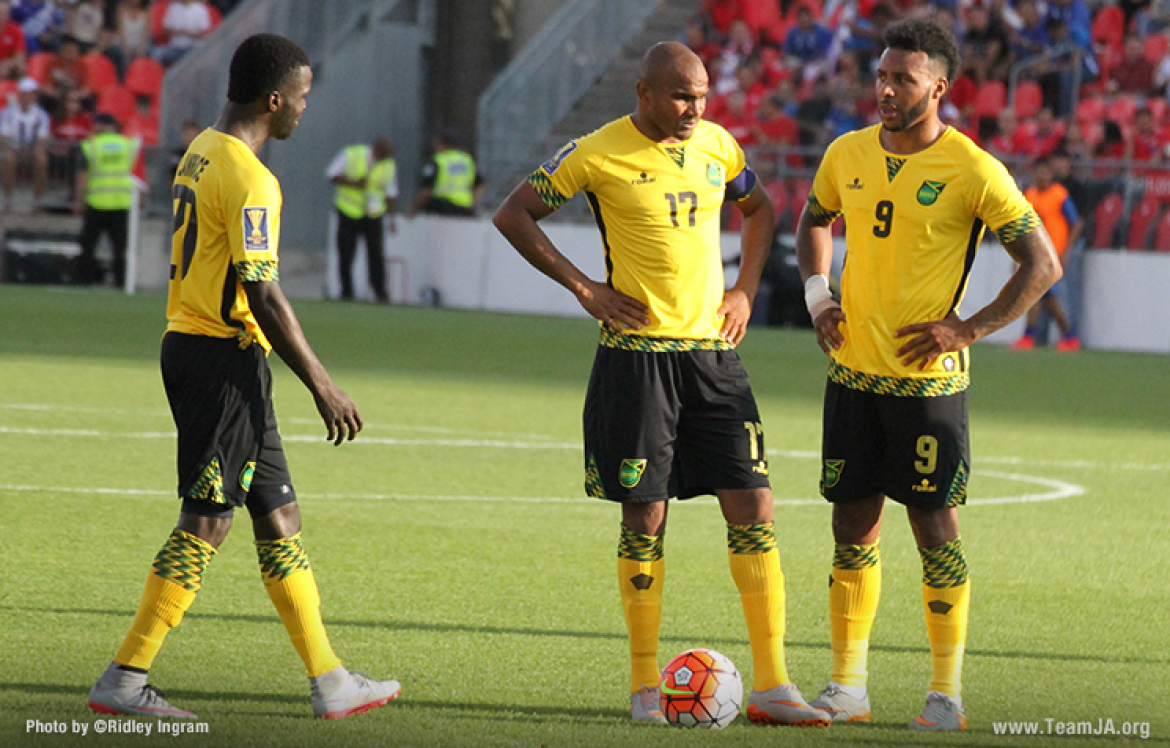 Eight countries remain for the chance to be named best CONCACAF confederation team in all the land. Jamaica and Haiti will face off on Saturday night where the winner will advance to the semifinals. The winner of this game will face the winner of the United States vs. Cuba game in the next round.

Not only does Jamaica want to defeat Haiti on Saturday in the first-ever Caribbean derby in the knockout rounds of a CONCACAF Gold Cup, the Reggae Boyz have set their sights on the trophy as well.

No Caribbean team has captured the title in the previous 12 competitions and the Jamaicans are aiming to make history.

“Our chances are as a good as any,” defender Kemar Lawrence remarked after Friday’s training at Stevenson University.  “I said that before and some people laughed.”

Let’s break down the game and pick a winner. Jamaica (76)

Not many soccer experts picked Jamaica, but they’re here, and they’re playing terrific. Jamaica qualified for this tournament because they won the 2014 Caribbean Cup over Trinidad and Tobago. Jamaica fell in the new FIFA Rankings (as did about every North American team) to No. 76 in the world.

Goalkeeper Dwayne Miller has been playing terrific in this Gold Cup, however he sustained a head injury against El Salvador and did not return. His status for Saturday’s game is still listed as “questionable.” Fortunately for Jamaica, backup goalkeeper Ryan Thompson played very well making crucial saves in the 1-0 win over El Salvador.

Jamaica won Group B over Costa Rica, who were the favorites to win this group. They tied Costa Rica and defeated Canada and El Salvador. Garath McCleary is the leading scorer for Jamaica so far with two goals. Jermaine Taylor is one of the most talented defenders in this tournament, and Darren Mattocks will be directing the offense.

Jamaica’s best finish at the Gold Cup came in 1993 when they placed third to Mexico and the U.S. Haiti (79)

In order to beat Jamaica, Haiti can’t fall behind early. Jamaica has very good goaltending, so scoring first is crucial. They have an excellent middle field led by Jean Sony Alcénat, but offensive questions still remain. Goalkeeper Johnny Placide has been named team captain.
Schedule, Where to Watch

Jamaica and Haiti will play each other on Saturday, July 18 at 8 p.m. EDT at M&T Bank Stadium in Baltimore, Maryland. The game will be shown on Fox Sports 2. You can watch a live game stream here.
Prediction

This should be a low scoring game. Haiti wants this one badly against a team that has had their number for a long time, but Jamaica just has too much depth. Regardless of who starts in goal, Jamaica should be able to take care of business and advance to the semifinals.

That was then, though, and this is now.  Jamaica realizes that the past will have no impact on the meeting at M&T Bank Stadium.

The Reggae Boyz are confident, but are not cocky.  They practiced penalties at the end of the session to prepare for a possible shootout.  In the Caribbean final, penalties were required to overcome Trinidad & Tobago after a scoreless draw.