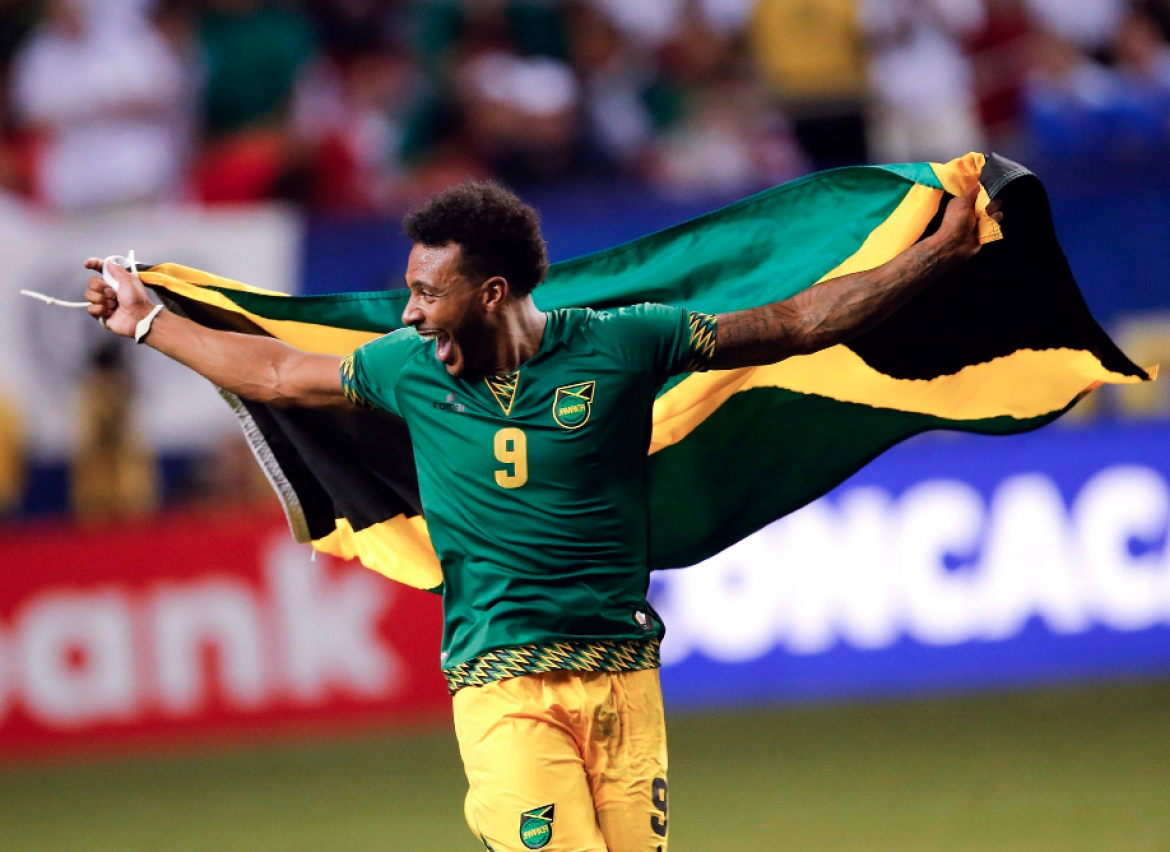 In a stunning semifinal encounter, the current Caribbean champion absorbed significant amounts of initial U.S. pressure to strike twice before halftime through Darren Mattocks and Giles Barnes. Michael Bradley scored the Americans’ only goal shortly after the interval, but the Jamaicans managed to hold on for a historic victory.

Mattocks, the joint-top scorer in the 2014 Caribbean Cup finals with three goals, returned from a one-match suspension to demonstrate why he merited a place in the starting lineup. In the 31st minute, a left-sided throw-in by Kemar Lawrence deep within the U.S. end found Mattocks, who was stationed eight yards from the goal. His looping header was directed off the right post and over the line to give Jamaica a 1-0 lead.

Five minutes later, Giles Barnes doubled that advantage with his second goal of the competition. Jamaica was awarded a free kick after it was ruled that goalkeeper Brad Guzan handled the ball outside the box as he was about to distribute it with a throw. On the subsequent play, Barnes hammered his shot from the right edge of the penalty area into the right side of the net.

What we were doing from the first minute to the last minute was over the limit. I am very happy. We are not finished. We cannot make a party now. We have one match more.

The loss means that the U.S. will miss out on the final for the first time since 2003, sending it into the match for third place on Saturday at PPL Park in Chester, Pennsylvania.

Jamaica will face the winner of the Mexico on Sunday at 7:30 p.m. ET in Philadelphia in the final.