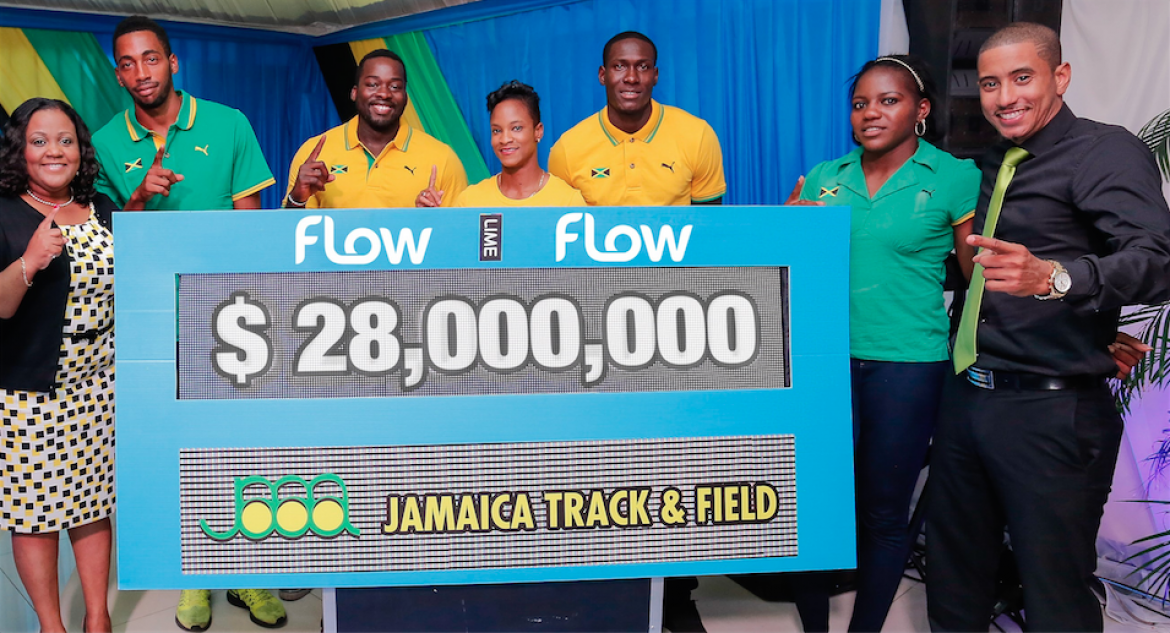 Kingston, Jamaica: August 4, 2015
Combined telecommunications firms LIME & Flow have inked a deal valued at J$28 million with the Jamaica Athletics Administrative Association (JAAA) that will see the merged entity contributing to the development of track & field and the national teams.

The timely announcement comes as Jamaica prepares for the 15th IAAF World Athletics Championship later this month in Beijing China.

“LIME and Flow are coming on board as the exclusive telecoms partners in a big way. The sponsorship of the JAAAs represents for us the first major Jamaican sponsorship for the combined companies. And based on what we have planned to unveil in the coming weeks, all Jamaica and the world will see we are truly BETTER TOGETHER. Our athletes have a world class and have a lot to show the world, and Jamaicans have a lot to expect of the combined LIME/Flow operations.”

The two-year exclusive agreement encompasses both the Junior and Senior athletic teams, all associated JAAA owned and associated events including the National Junior and Senior Trials, the CARIFTA Trials and Championships, the Junior CAC Championships, JAAA Developmental Meets and the Jamaica International Invitational Meet. Other support from the entity will include the provision of dedicated telecommunications infrastructure and products over the period.

Dr. Warren Blake, JAAA President thanked the firm saying “We are extremely grateful for this partnership with FLOW & LIME which will certainly go a long way in our efforts to further develop and support track and field.”

“This partnership comes at a crucial juncture as we plot a strategic path for the next five to ten years which will include all the current and upcoming juniors and more importantly how we transition them to the next level.” Dr. Blake highlighted.

According to Blake, the telecommunications firm will also be a significant partner in the Association’s process of optimising the contribution of athletes to Brand Jamaica.