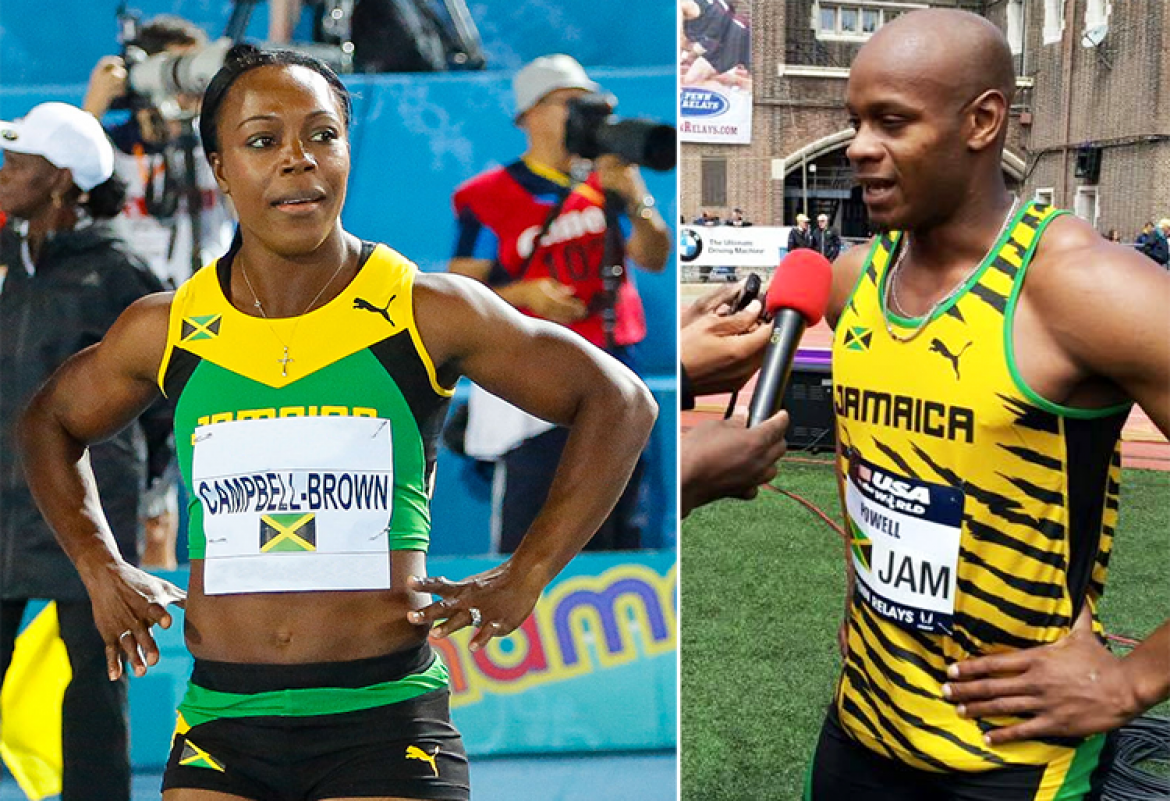 Asafa K. Powell aka The Sub 10 King currently 4th fastest man in history. Asafa held the 100 metres world record between June 2005 and May 2008, with times of 9.77 and 9.74 seconds respectively. He brought new life to sprinting in Jamaica & is the reason it became known as the home of the fastest man on earth. He also led the movement of world class athletes living and training in Jamaica vs leaving to train/run abroad.

Asafa has consistently broken the 10-second barrier 88 times in competition; with his personal best of 9.72s.

Triple Gold medalists from the last IAAF World Championships, Usain Bolt and Shelly-Ann Fraser-Pryce head the 53-member contingent named by the Jamaica Administrative Athletics Association (JAAA) to represent Jamaica at the 2015 edition of the IAAF World Championship to be staged in Beijing, China from August 22-31.

Most of the team would have already ‘selected’ themselves by virtue of performances at the Jamaica ‘Trials’, attaining qualifying standards subsequently or as wildcards. There were no real surprise selections and the only omissions of note were that of High Jumper Christoff Bryan and sprinter Andrew Fisher. The latter was 5th at the ‘Trials’ and would more than likely have been included as part of the relay pool, however, the JAAA revealed that Fisher had made a request for a switch in allegiance to Bahrain and therefore not eligible for selection.

TThe members of the 27-strong men’s team are:

The members of the 26-strong women’s team are:

Bolt, Fraser-Pryce, Simpson, Stewart, Campbell-Brown, Carter, Powell and Williams-Mills will have very fond memories of Beijing, having won either individual and/or relay medals when Jamaica thrilled the world with many scintillating performances at the 2008 Olympics. Team Jamaica will be represented in 11 events by the women while the Jamaican men will showcase the Black, Green and Gold across a similar number of disciplines.

Michael Clarke will be Head Coach while Maurice Wilson will be Technical Leader. Ludlow Watts is the Team Leader while Dave Myrie and Heleen Francis will be Assistants. Team Jamaica will be aiming to match or overhaul the 9 medals won at the 2013 Moscow World Championships or perhaps even surpass the record of 13 medals mined at the 2009 Berlin World Championships.