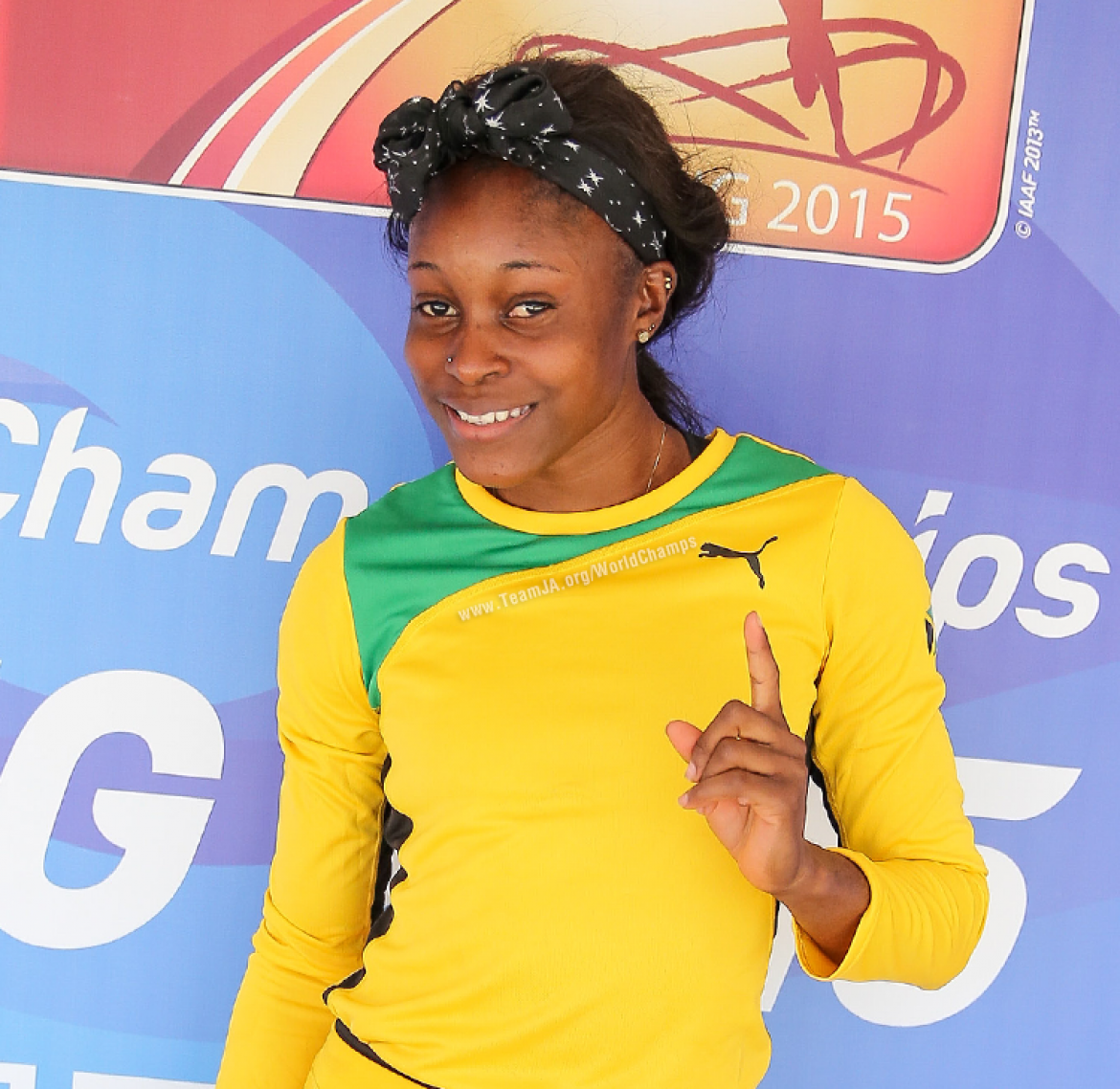 Elaine ‘Slimmaz’ Thompson makes her World Championships debut as one of the favourites to win the Women’s 200m title and for many Jamaican fans, its a forgone conclusion. The 23 year old’s meteoric rise in 2015 was on display at the Sainsbury’s Anniversary Games (London Diamond League) where she ran a sensational 22.10 (-0.3 m/s) to beat a very good field. The new belle of the ball had turned heads and appears set to star at the big dance. A win by Thompson would give Jamaica its 3rd straight Gold medal in the 200m following wins by
Veronica Campbell-Brown (2011) and Shelly-Ann Fraser-Pryce (2013).

Among the big scalps she claimed that day was Candyce McGrone who was beaten out of sight. McGrone has the fastest time on the season of the women who will contest the event in Beijing with 22.08 ahead of the flying Dutchwoman Dafne Schippers with 22.09. Thompson’s coach, the controversial Stephen Francis was very surprised with his charge’s fast time run and believes she is poised to go much faster in Beijing. A somewhat frightening prospect but the 2015 National Champion knows it will not be a walk in the park.

Thompson dismissed McGrone with such disdain at the London Diamond League that many are looking beyond her as a real threat to Thompson’s Gold medal aspiration. Schippers is seen as a legitimate contender for the top spot and will not go down without a fight. The 2014 European double sprint champion was also a winner at the London Diamond League over 100m, coming from well off the pace to top a very strong field. She will be very dangerous over the longer sprint.

Others expected to figure prominently in the outcome are 2013 Silver and Bronze medalist Murielle Ahoure and Blessing Okagbare, Campbell-Brown, US Champion Jenna Prandini and a rejuvenated Sherone Simpson. One can never count out proven campaigners like Campbell-Brown, Ahoure and Okagbare while Prandini will be looking to upset her more fancied rivals.