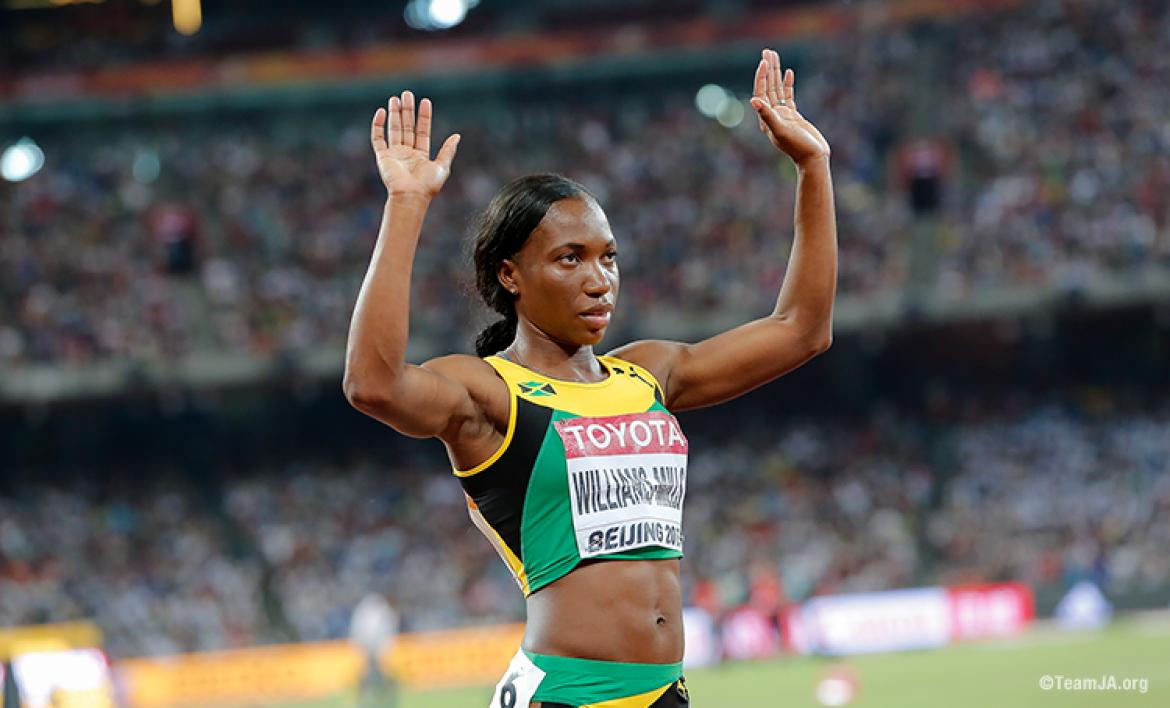 Mention the name Novlene Williams-Mills and several adjectives come to mind…fighter, survivor, resilient, humble, determined, classy and consistent. The 33 year old has been through the wringer, on and off the track, but continues to soldier on, knowing that she is an inspiration to millions of women the world over.

She is battling a thyroid infection which makes it difficult to cope from day to day. Little niggles and much younger, fitter opponents are also obstacles she must overcome. Truth is she has faced much tougher battles which would have primed her for another IAAF World Championship journey.

The veteran quarter-miler was diagnosed with breast cancer in June 2012 before turning  up for the Jamaica trials where she won the national title over 400m on her way to qualifying for the 2012 London Olympics. Three days after the Olympics, she had a lump removed from her breast and in January 2013 had a double mastectomy.

She was the national champion again in 2013 and went on to make the finals of the world championships. She had a banner year in 2014, winning the Diamond League series for her event as well as Commonwealth Games Silver medal in the individual race and Gold in the relay. The five-time world and three-time Olympic medalist gained the wild card to the Beijing World Championship by virtue of winning the Diamond League but was beset by injuries all season leading up to the games and has raced sparingly.

Such was her form that many had serious doubts about her ability to last the rounds and more critically, to make the finals. Williams-Mills had a season best of 51.11 seconds and knew she would have to step up considerably on that if she was to progress to yet another final.

The grand dame of Jamaica’s current strong quarter mile program showed the guts and determination needed, running a fairly comfortable 50.47 seconds to finish 3rd behind Gold medal favourite Allyson Felix of the USA and fast rising Jamaican Shericka Jackson in the semi-final. The 2007 Bronze medalist has admitted to not being near her best but has no intention of being a mere lane filler in the finals. The former Ferncourt High School athlete is part of a historic quartet that will represent Jamaica in the finals of the 400m.