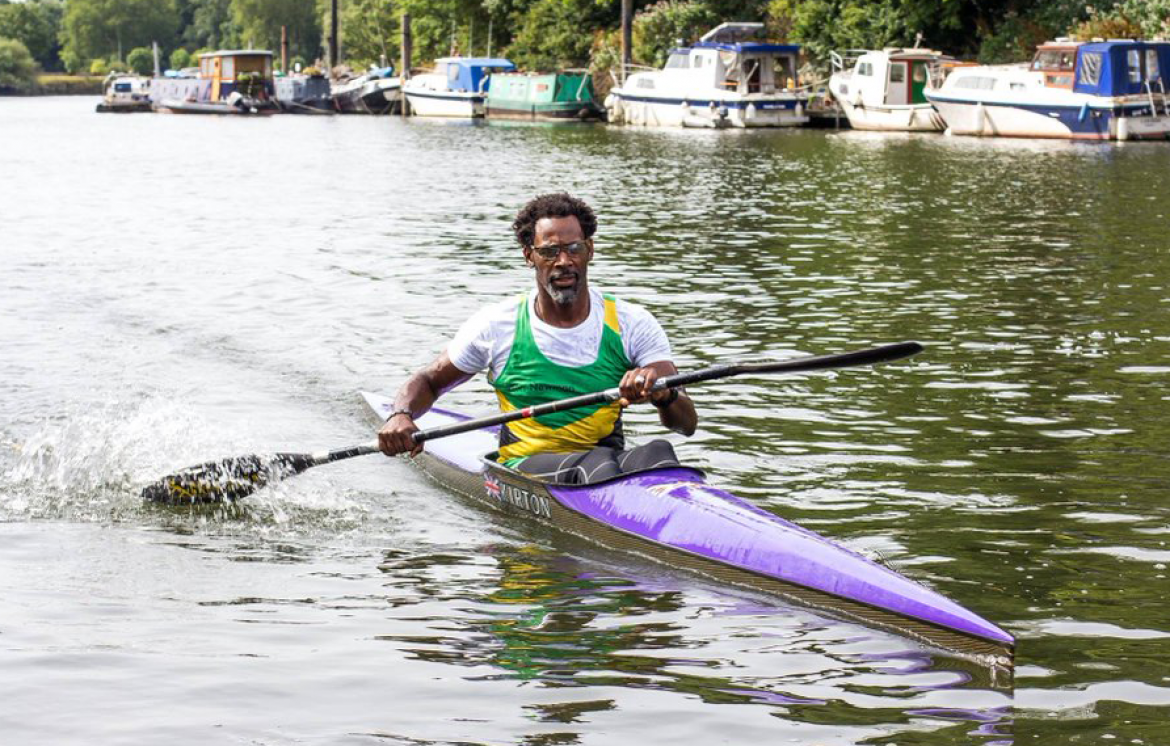 Tony was the first Jamaican to compete in an international kayak event at Sella descent in Spain. Entering the history books in his short kayaking career, Tony now has his sights set on competing on the world’s stage at this year’s Rio Olympics.

On his recent trip to Jamaica, he introduced some basic sprint kayaking techniques to enthusiastic young rowers at Kingston Rowing Club, based at the Caribbean Maritime Institute.

The kayaker was delighted to meet Christian Stokes, one of the first Jamaican bobsleigh team members who gave him great encouragement.

Kam Punia Director at DOKAKI, the exclusive European distributors of JTs Coconut Essence said “Aligning ourselves with Tony is fantastic for the brand, accelerating JT’s Coconut Essence movement into water sports and increasing our ever growing popularity within the Jamaican community. Tony and the Jamaican Canoe and Kayaking federation have done a fantastic job in establishing the sport and we are excited to be here at the start of the journey to Rio 2016.”

“I feel like there’s a lot more to come from me, and I’ll be doing my utmost to secure qualification for Rio next year. That really would be a dream come true for me.”

“What was interesting about Jamaica is that it wasn’t just the opportunity to represent them, but also the chance to put the country on the map and pave the way for generations to come that are also interested in the sport. I feel it’s my responsibility to inspire them too.”

Tony hopes that his pursuit of Olympic glory will inspire others to follow similar passions, no matter what age they might be.