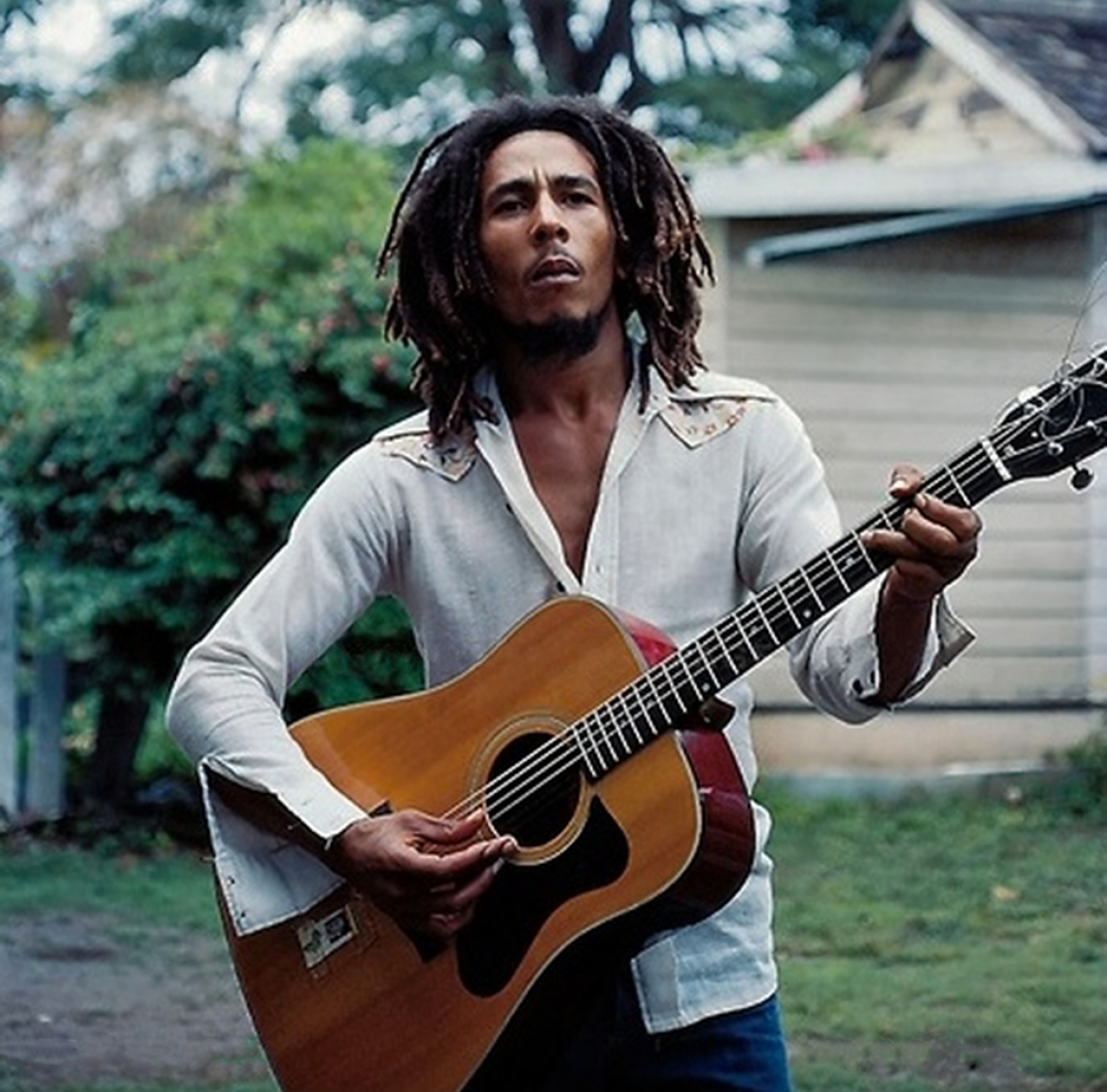 Bob Marley was born on February 6, 1945, in St. Ann Parish, Jamaica. In 1963, Marley and his friends formed the Wailing Wailers. The Wailers’ big break came in 1972, when they landed a contract with Island Records. Marley went on to sell more than 20 million records throughout his career, making him the first international superstar to emerge from the so-called Third World. He died in Miami, Florida, on May 11, 1981.

Bob Marley is regarded as a cultural icon who implored his people to know their history “coming from the root of King David, through the line of Solomon,” as he sang on “Blackman Redemption”; Bob urged his listeners to check out the “Real Situation” and to rebel against the vampiric “Babylon System”. “Bob had a rebel type of approach, but his rebelliousness had a clearly defined purpose to it,” acknowledges Chris Blackwell, the founder of Island Records, who played a pivotal role in the Bob Marley biography by introducing Marley and the Wailers to an international audience.

“It wasn’t just mindless rebelliousness, he was rebelling against the circumstances in which he and so many people found themselves.”