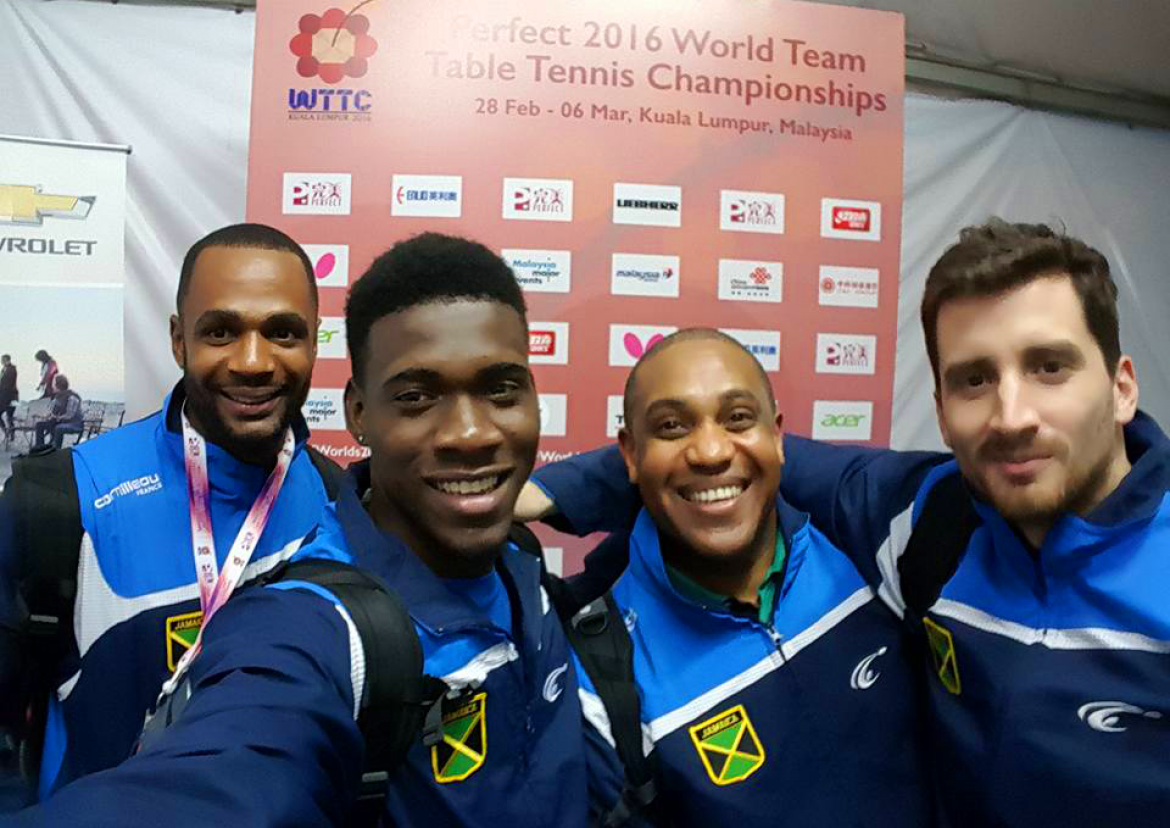 Lead by Coach Arthur Breton of France Jamaica won against its toughest opponent so far and assured itself of a place in the quarterfinals of the Men’s Team Div 4 competition. Watson was in a no nonsense mood easily dispatching his opponent 11-5, 11-4, 11-3. Young Mark Phillips, 21 years old and representing Jamaica at an International event for the very first time fought back from 1-2 down in the 3rd match of the encounter to win 3-2 and clinch the 3-0 win for Jamaica. But it was the dramatic 3-2 win by Captain Hyatt the kept everyone in the Malaysian stadium at the edge of their seats. Hyatt down 0-1, 1-2 and down 7-10 in the 4th set played some amazing points well away from the table to come back and win the 4th set 13-11 to tie the match at 2-2. Then down 0-2 and 1-3 in the 5th set Hyatt again played several spectacular points to win 10 of the next 11 points and end with a convincing 11-4 win in the final game and close out the match 3-2.

It was just the start the Jamaicans needed and Watson and Phillips finished the job from there. Jamaica still has 2 matches in group play on Wednesday March 2nd, however the team learned this afternoon that both Ghana and Congo have been withdrawn from the competition for what appears to be player eligibility and financial reasons. Jamaica therefore finishes as first and top seed in Group P and will play their quarterfinal match on Thursday March 3rd Malaysia time. Togo, Pakistan, Tunisia, United Arab Emirates, Macao and Panama appear at this time to be one of the opponents that Jamaica would face in the quarterfinals on Thursday March 3rd. Semifinals would be on Friday March 4th and the finals of Div 2, 3 and 4 will be played simultaneously on Saturday March 5th. The Jamaican team will travel back to California USA on Monday March 7th.