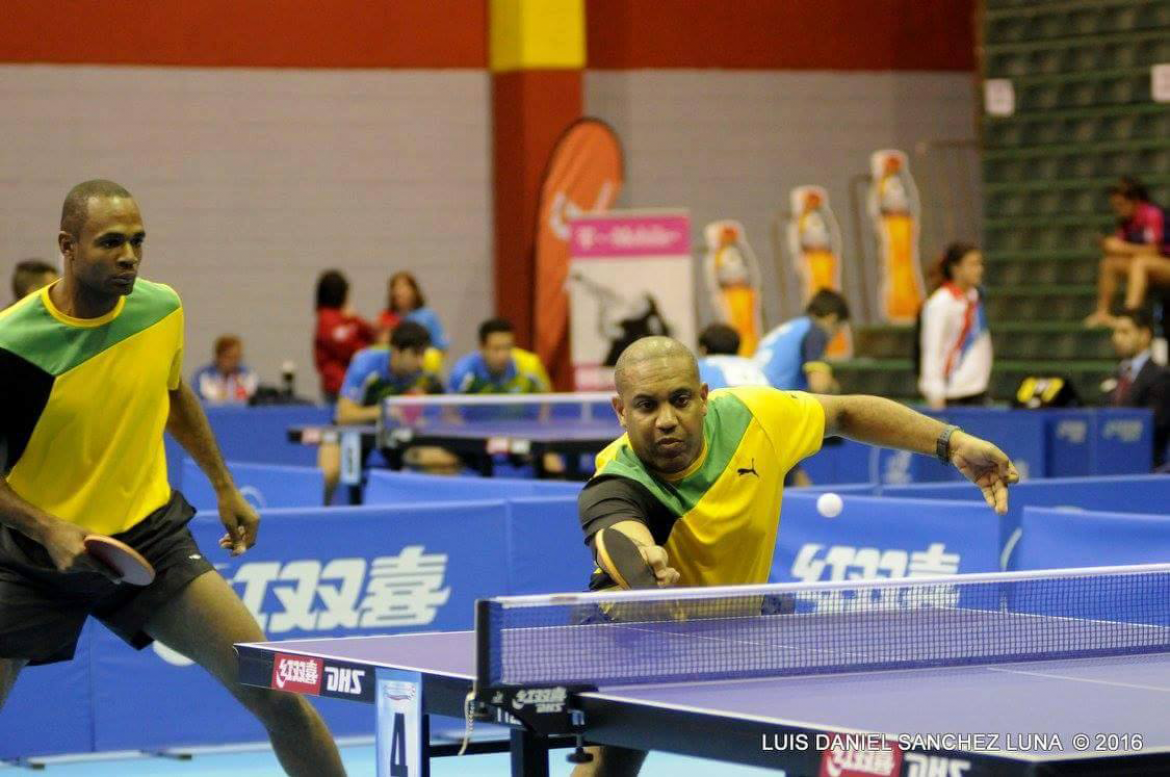 Jamaica’s finished on a very high note with a 3-1 win against Panama to secure the bronze medal in Men’s division 4 of Perfect 2016 World Table Tennis Championships in Malaysia.

What happens when the leader leads by example is that everyone starts believing in the leader including his very opponents and adversaries. Down 0-1 Michael Hyatt turned back the clock to destroy the Panamanian #2 by a score of 3-0 to level the match 1-1. Mark Philipps then followed the leader and further solidified himself as a future regular on the Jamaica team with a similar 3-0 win at the #3 spot to give Jamaica a 2-1 lead. That win left Jamaica one win away from securing the Bronze medal with Michael Hyatt now up against Panamanian #1 Omer Avi-Tal.

“As a player I have represented my homeland for 31 years, since 1985. Over this time I have gained valuable knowledge about leadership. I also gained a lot of my leadership abilities working for Fortune 500 company’s in Silicon Valley. One of the key qualities in leadership is to LEAD. Another important quality is to take command of the ship in crisis situations. So when Jamaica found ourselves down 0-1 after Kane Watson lost the first match 1-3 I knew as Team Captain it was time to step up and lead. I also wanted to atone for what I thought was a poor performance by myself in the semifinals against Pakistan a day earlier.

Our team prepared hard before these Championships, we all improved as players even before we got to Malaysia. Working with Coaches Pieke Franssen, Barney Reed and Ernest Virgo in our California training camp definitely prepared us. During that time I saw Mark Phillips grow from a table tennis player to now an International star! I improved in all facets of my game and Kane Watson continues to be a valuable asset on our team. So in my opinion I thought we had a great chance to medal in Div 4 here and as Captain in my final opportunity there was no way that I was going to walk away a loser. I have been a WINNER my entire life, I practically invented the word I’m so old!’ says Michael Douglas Hyatt

The result of Hyatt vs Avi-Tal. Total devastation and destruction that stopped the entire arena!! Hyatt won the first game 12-10. But after that it literally became a target practice session as Hyatt, 45 destroyed his 23 years old Panamanian opponent 11-8 and 11-6 in the final two games. In the last game his opponent was simply lost. Hyatt reeled off 6+ consecutive forehand or backhand drives in a row as he continually shouted “This is MY house, I built it, I put people in it and when I’m ready I will take them out of it!” At the final point to secure the 11-6 win and give Jamaica a 3-1 win and back to back World Championships Divisional medals Hyatt fell to the floor and burst into tears. No doubt the result of the tremendous pressure to lead, knowing that the job was completed and looking forward to the Olympic Trials in Chile in 4 weeks time.

“I love my country, my teammates, my fans, my family and the sport of table tennis!” “I’m a PROUD Jamaican and Californian at the moment!” “I’m so proud of Mark and Kane and I’m truly thankful we had Coach Arthur here to guide us.” “I’m also proud of myself for believing in God and my abilities and not letting the world tell me that I’m too old to do what I do.” “I defy logic, I’m the leader of my team, my name is Michael Douglas Hyatt, 45 years old of Calabar High School; Anderson University; Kingston, Jamaica; and Oakland, CA. I am a man of GOD, I am a WINNER, they call me the Legenda!!

“Thanks for all your love and support. Now I will head back to California, see my family, my other coaches, my other half and I will get back to work. In 3 weeks I will attempt to create more HISTORY and qualify for Rio 2016. This job is complete, I will be ready for the next!” ~Michael Douglas Hyatt