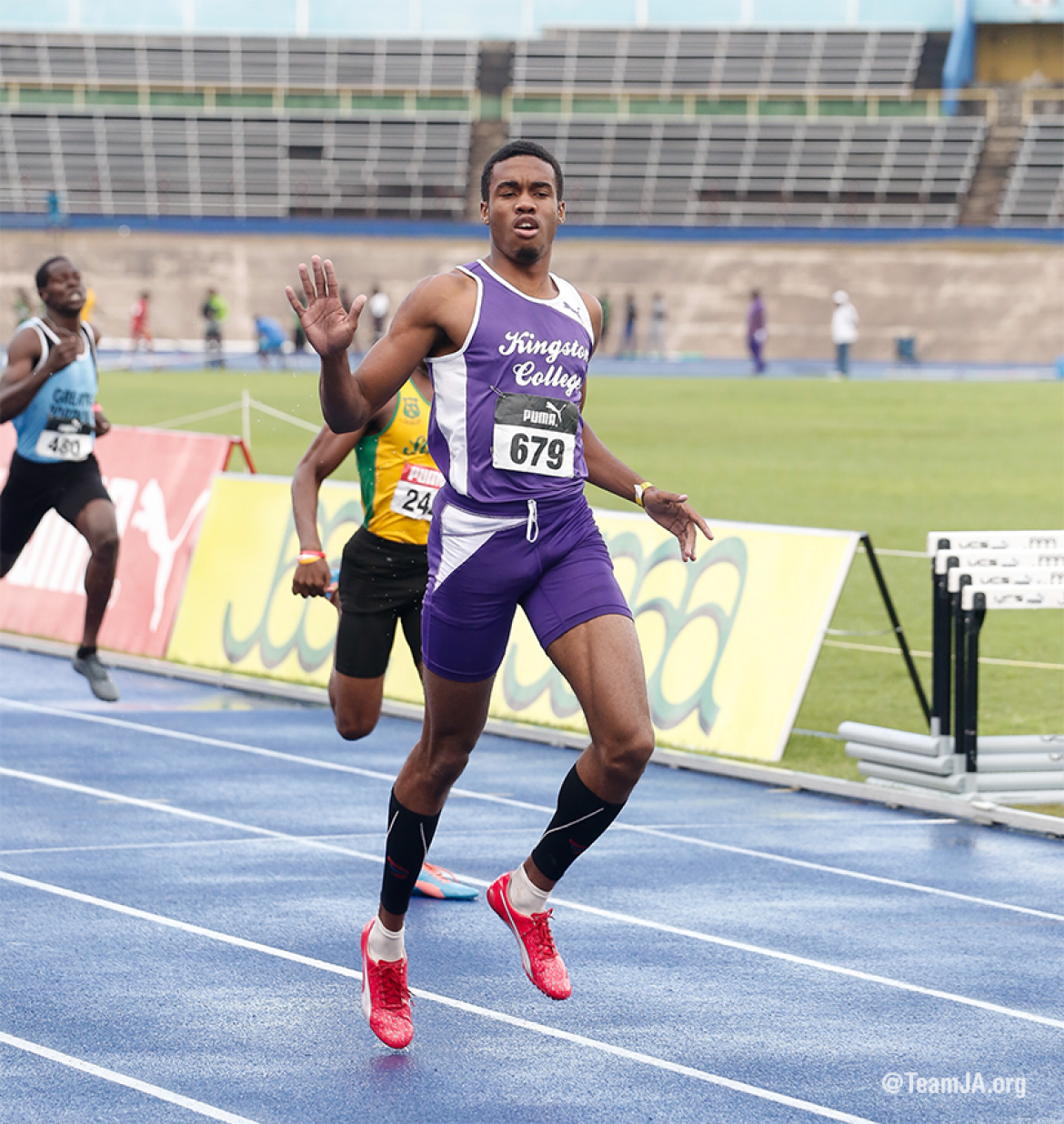 The stadium commentator found it difficult to contain himself, urging the spectators in attendance to look at the clock. Those gathered did not need a second invitation. Akeem Bloomfield’s first 350m in the finals of the U20 Boys 400m was so impressive that many were anticipating a very fast time. It proved to be anti-climatic, however as the National Junior Record Holder slowed considerably, almost to a walk to coast in with a respectable 46.51 ahead of the improving Sean Bailey of St. Jago High who finished a flattering 2nd in 46.76. After that display and with just over a week to go before ‘Champs’ it would take a brave man to bet against the 18 year old Kingston College student.

The U20 Girls 400m finals was billed as a showdown between 2013 IAAF World Youth Championships Bronze medalist Tiffany James of Mico University College and St. Jago’s Alysha Kelly. James ran a measured first 100m while Kelly was off to a blistering start. James, the former Papine High standout picked up the pace to come into the straight with a big advantage moving away from rivals for an emphatic win in a career best 52.53 eclipsing her previous best of 53.21 set in 2014. Semoya Hemmings of Hydel High finished 2nd in 53.77 ahead of Satanya Wright of STETHS. Kelly faded badly into 4th.

The U18 Girls 400m finals went to the impressive Stacy-Ann Williams of STETHS who brushed aside a very good field to win in 53.87 ahead of Anna-Kay Allen of St. Catherine High 54.61 and 400m hurdles winner Sanique Walker of Vere Technical 54.87. The boy’s equivalent saw Kingston College taking the first two spots with the much improved Dashawn Morris (47.52) gaining the ascendancy over the last 30M to beat Tyreke Bryan (47.87).

Excelsior High was responsible for the top two finishers in the U20 Boys 200m with Handel Miller winning in 21.30 over Tomlinson 21.55. The U20 Girls 200m was an exciting affair with Shanice Reid of St. Jago and Kimone Hines of Green Island High engaged in a terrific stretch duel before Reid inched away to win in 23.85 with Hines 2nd in 23.95. 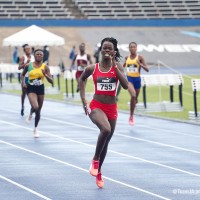 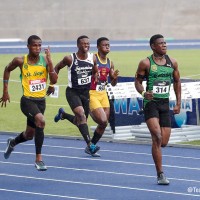 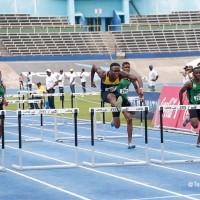 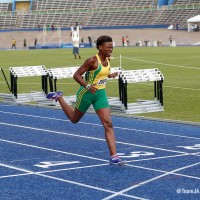 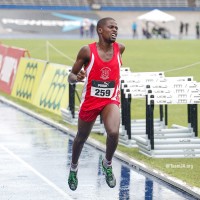 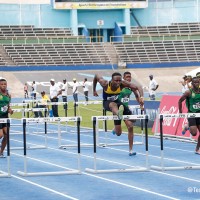 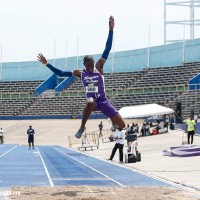 Former STETHS athlete Rohan Cole showed rivals a clean pair of heels in the U20 Boys 110m hurdles to take the event in a fairly good 13.48 (-0.7 m/s). Cole who is now at the University of Technology finished ahead of Orlando Smith of Kingston College (13.92). Damion Thomas of North East High was not for catching in the U18 Boys 110M Hurdles winning in 13.73 (-1.8 m/s).

The U20 Girls 100m Hurdles provided the back to form Rochelle Burton of Camperdown High with a narrow win in 13.74 (-2.4 m/s) over Sidney Marshall of Manchester High (13.84) and Gabrielle McDonald of Holmwood Technical (14.09). McDonald stumbled badly near the finish while in a challenging position. Daszay Freeman of Manchester High won the U18 Girls 100m Hurdles in 13.77 over Jada Thomas of Immaculate Conception High 13.85.

Other winners on the final day were Romario Douglas of St. Jago (2.10M) in the Boys U20 High Jump; Sanjae Lawrence of Petersfield (51.84M) in the Boys U20 Discus; Gabrielle Bailey of Wolmer’s High School for Girls (14.63M) in the Girls U18 Shot Put and Shakwon Coke of Kingston College who won the U18 Boys Long Jump with a best of 7.23M.