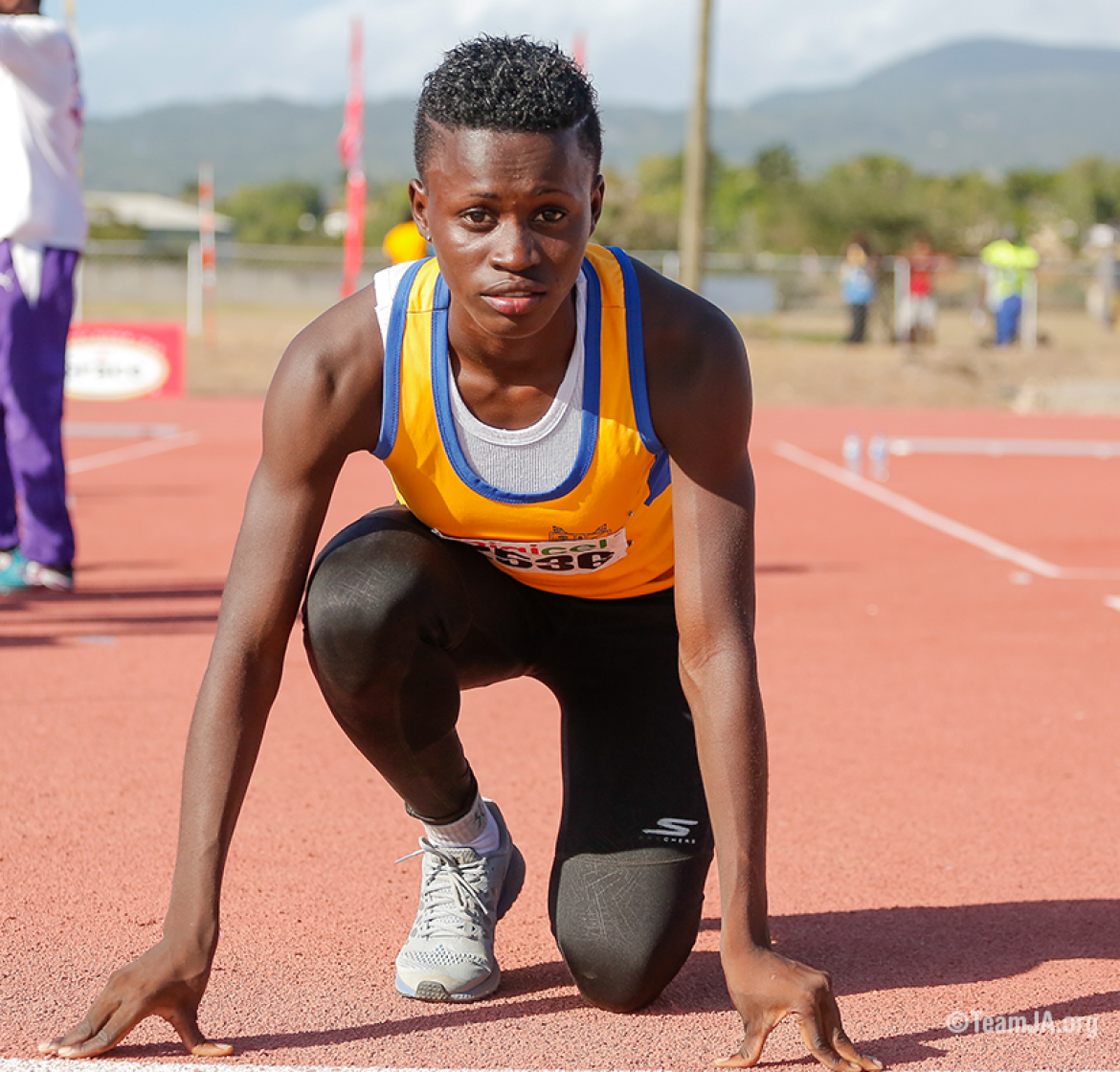 Junelle Bromfield is a household name in Jamaican high school track and field. The St. Elizabeth High School standout is as versatile as they come representing Jamaica on the global and regional scene in multiple events including the 400m and 400m hurdles, winning gold in both at the 2015 Commonwealth Youth Games. Bromfield steps up to compete in Class One and looks set to continue her dominance.

The big question is which events will she participate in? The 2015 World Youth Championship 400m hurdles finalist has not tackled the obstacle event all season, casting much doubt on her participation in what could be one of the races of ‘Champs’ with the likes of 2016 leader Shannon Kalawan of Edwin Allen, Nicolee Foster of Holmwood Technical, Sanique Walker of Vere Technical, Andrenette Knight of St. Jago and Shian Salmon of Hydel High. So good is Bromfield, however that she could report for duty and make up for last year’s disaster where she crashed out in the preliminaries.

Bromfield is the season leader in both the 800m (2.06.61) and the 400m (52.43). She has also run some brilliant anchor legs for her school’s mile relay team with her only blemish coming at the DIGICEL Grand Prix Series where she was outrun and some say ‘outsmarted’ by Ashley ‘Felix’ Williams on anchor for Holmwood Technical High. Bromfield should win the 800m with consummate ease with her only threat, if one exists, being last year’s Class Two 1500m winner Asshani Robb of Edwin Allen High, who was a winner at the CARIFTA Trials. It will be interesting to see how close she could get to the 2.03.75 record set by Kayann Thompson in 2004.

Her anticipated clash with Williams over 400m promises to be one of the highlights of Saturday Afternoon’s ‘Champs’ blockbuster finals schedule. Williams has flattered, only to deceive for a few years, but looks a different athlete so far this year and could lower Bromfield’s colours for a second time this season and on the biggest stage possible on the high school calendar. The Holmwood dynamo is the 2nd fastest going into champs, having impressed with a 52.72 PB at Central Champs in mid February.