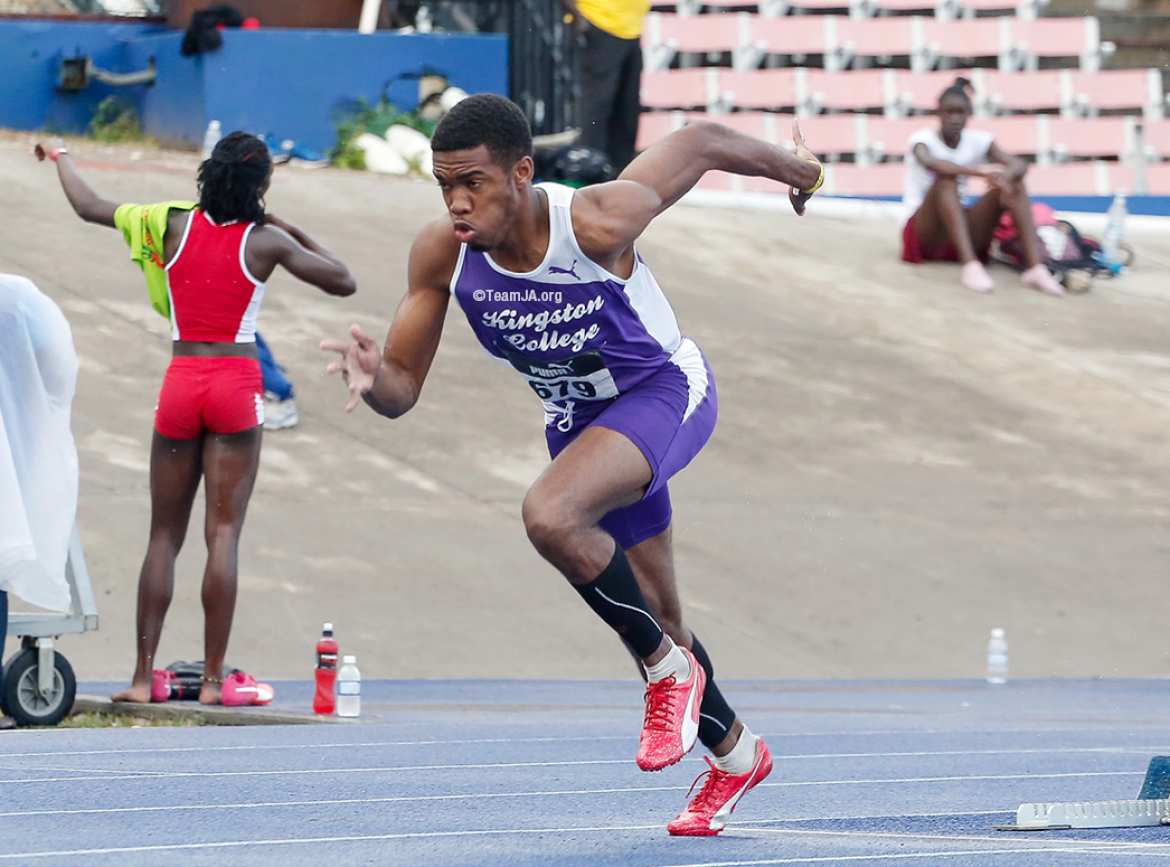 Akeem ‘Zoomfield’ Bloomfield and his handlers have stated that the IAAF World Junior Championships and qualification for the Rio Olympics 2016 are high on his list of priorities this year. They know however that before they tackle those major objectives, there is the big matter of his defence of the 400m title at the ISSA/Grace Kennedy Boys and Girls Championshipb2016 or ‘Champs’ as it is more commonly called.

Bloomfield had arguably the performance of the 2015 ‘Champs’ when hebhumbled a top quality field on his way to a breathtaking National JuniorbRecord run of 44.93 to take the Class One 400m. He has been meticulouslybprepared, some say handled with kid’s gloves in the build up to ‘Champs’. His non-appearance early season even sparked debates as to his well-being and the possibility that injury would yet again rob the brilliant Kingston College athlete from showcasing his immense talent on the greatest platform for high school track and field in the world.

Many watched anxiously as the lanky 18 year old made his belated season opening appearance at the CARIFTA Trials in conditions that were far from ideal. He did not disappoint, effortlessly putting away the field to win his heat in a comfortable looking 47.44, heightening expectations for a show-stopping run in the finals. For 350M into the finals, all eyes were on the clock as Bloomfield appeared well on his way to another jaw-dropping time. This was not to be however, as he slowed to almost a walk to clock an impressive 46.51.

His coach Neil Harrison indicated that his charge was running to instructions and that he was well ahead of where he was at a similar stage in 2015. The ‘training’ run by Bloomfield and the confidence expressed by his coach are ominous warnings for rivals. The expectations are even greater this year and many are anticipating another sub 45 from the Kingston College star. He will be key to the fortunes of the ‘famed purples’ at ‘Champs’ as they seek to halt the Calabar High juggernaut that has had a stranglehold on the Mortimer Geddes Trophy for the past four years.

It appears that Bloomfield will run just one individual event, given the past two injury plagued seasons, however he is expected to play a leading role for Kingston College in the 4x100m and 4x400m relays, especially with the ‘Fortis’ faithful believing that the school has the ammunition to dethrone Calabar High. Should he decide to compete in the 200M (21.02 PB set in 2014), then he could come face to face with the red hot Nigel Ellis of STETHS in what would be another blockbuster showdown.