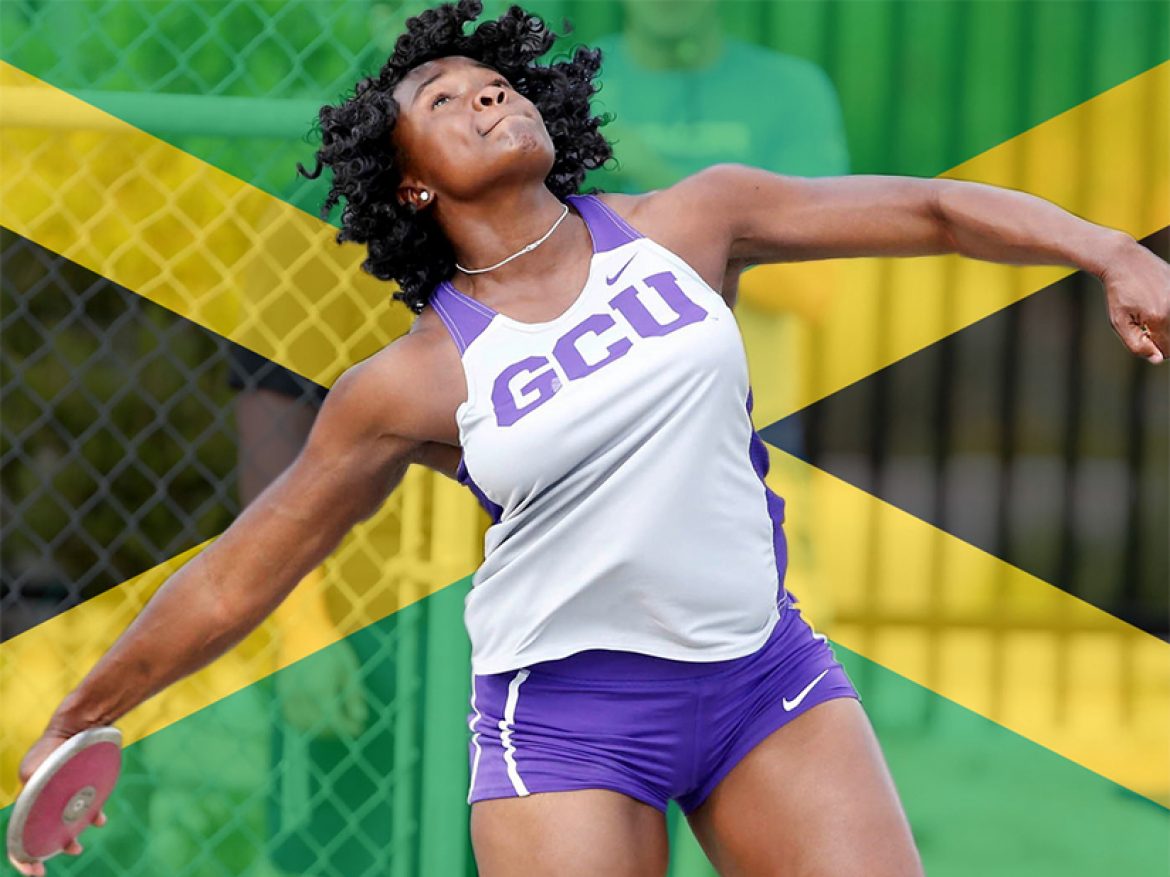 The trio of women’s Discus national record holder Kellion Knibb, Tara Sue Barnett and Shadae Lawrence have created a first in Jamaica’s already rich history of track and field. When the three don the famous black, green and gold at the Rio Olympics in just over a month, it will mark the first time that Jamaica will be represented by three ladies in a throwing event.

Knibb, Barnett and Lawrence all attained the Olympic qualifying mark ahead of the JAAA/ Supreme Ventures National Senior Championships but had to cement their place on the team by grabbing the podium spots at the Jamaican Olympic Trials.

Barnett who attends Grand Canyon University threw the Olympic qualifying standard on April 30 with a personal best of 61.28m. The 22 year old was not in that sort of form on Friday evening but bested a strong field to win the event with a mark of 59.03m.

Lawrence, formerly of Hydel High School came into the trials on the back of a very good season for Kansas State University and a 4th place finish at the 2016 NCAA Outdoor Championships where she threw a personal best 61.18 to comfortably surpass the Olympic qualifying standard. Like Barnett, the 20 year old Lawrence was unable to throw anywhere near her personal record, managing a best mark of 58.95m for second.

Knibb the Florida State University junior had achieved the qualifying mark with her national record throw of 61.44m to finish second at the NCAA Outdoor Championships in June and simply needed a top three finish to punch her ticket for the flight to Rio. Her best effort of 57.56m was well below her national record but was good enough to secure third place.