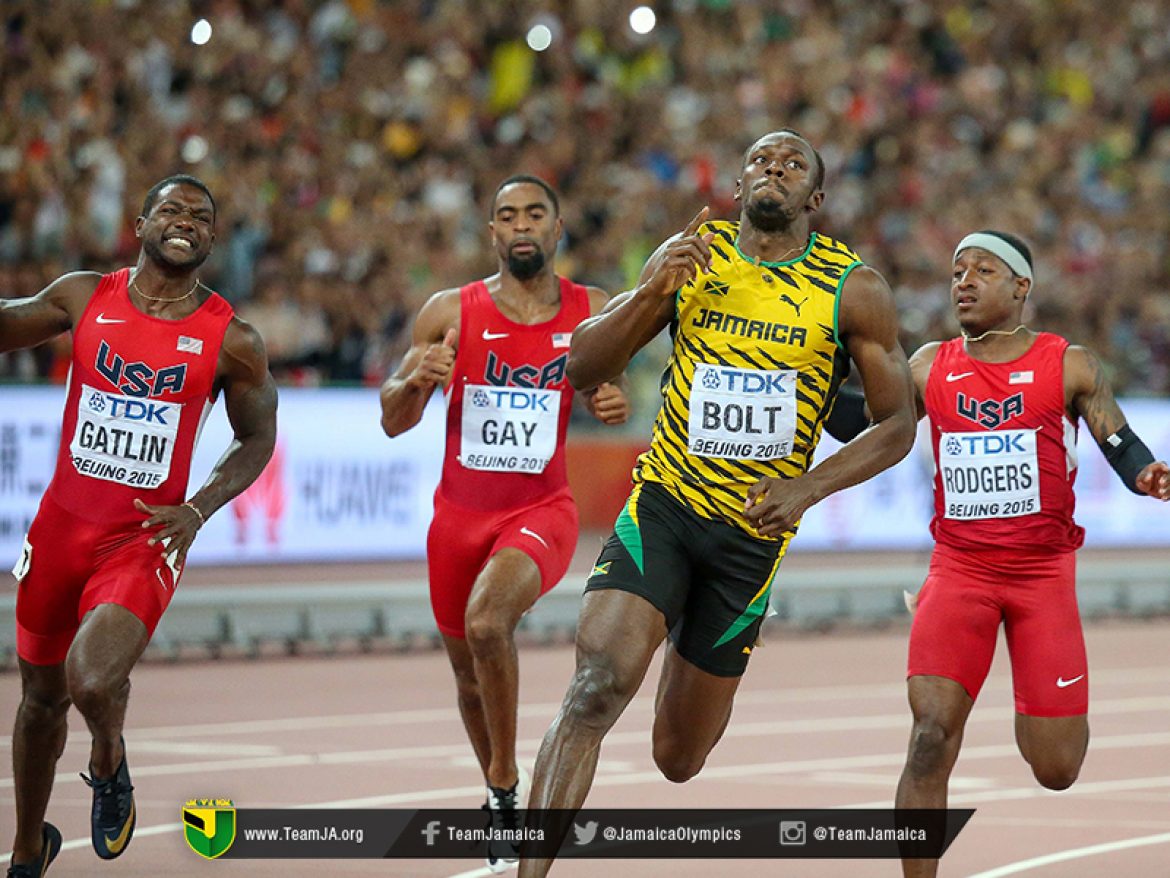 The withdrawal of Sprint King Usain Bolt from the Jamaica National Senior Track and Field Championships, the primary Olympic trials for the powerhouse Caribbean island has not gone unnoticed by the top sprinters from perennial rivals the United States.

When news broke of the six time Olympic Gold medalists withdrawal due to injury concerns and a medical exemption from the governing body Jamaica Administrative Athletics Association (JAAA) several of the top sprinters competing at the US Trials underway in Eugene, Oregon were asked to give their views on the latest Bolt development.

“Its a tradition….It doesn’t surprise me. I know he is going to come back strong “, said Tyson Gay, subtly making reference to Bolt’s injury history.

Justin Gatlin, Bolt’s main rival over the last few years jokingly told reporters that Trayvon Bromell, the 2015 World Championship Bronze medalist would answer all questions relating to Bolt. Gatlin who was twice beaten into second place by the Jamaican at the Beijing World championship last year was asked if he thought that Bolt would not be able to defend his titles in Rio said , ‘Come on man…it’s Usain…we are going to see his face in Rio”. Gatlin went on to add ”One thing you’ve got to know about Usain is he is not going to show his hand until it’s time….He’ll come out when he is ready”.

Gatlin also referred to Allyson Felix in an attempt to explain the difference in selection philosophies between Jamaica and the USA. “For us to even think about getting a medical exemption here, it’s not going to happen. look at Allyson. She’s the best in her class, probably the most popular female athlete in all of track and field and she is still running out here on an ankle with multiple grade one tears. If she is able to get to that line and go, we’ve all got to do it”.

Mike Rodgers had a lot more to say. The 31 year old who was also beaten by Bolt at the 2015 world championships was quoted as saying, “We have the toughest trials in America. We don’t have a medical exemption. I feel like it’s a cop out. He should run like everybody else. But at the end of the day he is Bolt. he is an Olympic champ, world champ. So until somebody beats him, until somebody puts him in his place, he is going to continue to do what he wants to do”. Rodgers further added ” Its fair…he’s the man…if you the man, you can do what you want to do”.

Rodgers also expressed a desire to face a fit Bolt in Rio (assuming he qualifies from the tough US trials). ” I want him to be there at full strength. I want everybody to be healthy. I want it to be the best race in history”.