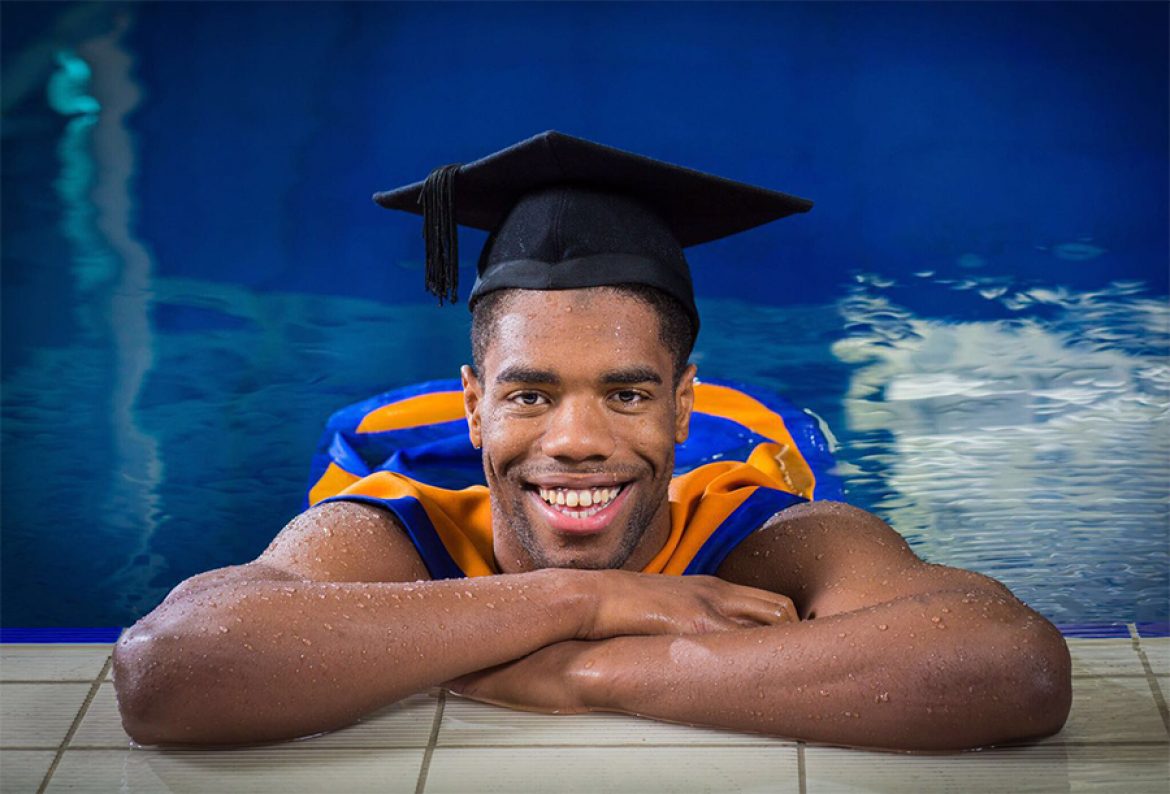 Yona, who will compete for Jamaica in the men’s three metre springboard in Rio, has also graduated after studying for a BSc (Hons) Sport and Exercise Science degree at Leeds Beckett. Yona, 21, took up the sport after being inspired watching the 2004 Olympic Games in Athens and first represented Jamaica in 2012. He competed in the World Aquatics Championships in Barcelona the following year and at the 2014 Commonwealth Games in Glasgow before winning a silver medal at the Diving World Cup in Rio in February this year, confirming his Olympic selection.

Yona, who was born in Leeds to a Jamaican father and Barbadian mother, is a sports scholar at Leeds Beckett and was able to complete his studies alongside his commitments as an elite athlete.  He said: “I’ve really enjoyed my time studying at Leeds Beckett and have appreciated the support I’ve received which has allowed me to combine my studies with my sporting commitments.

I’m delighted to graduate in the same year as I compete in the Olympic Games and couldn’t be more proud.  Unfortunately I’m not able to attend my graduation ceremony as I’ll be on a training camp as I prepare for one of the biggest events of my life, but I wish all the other graduating students at Leeds Beckett the best of luck in whatever career path they choose to follow.