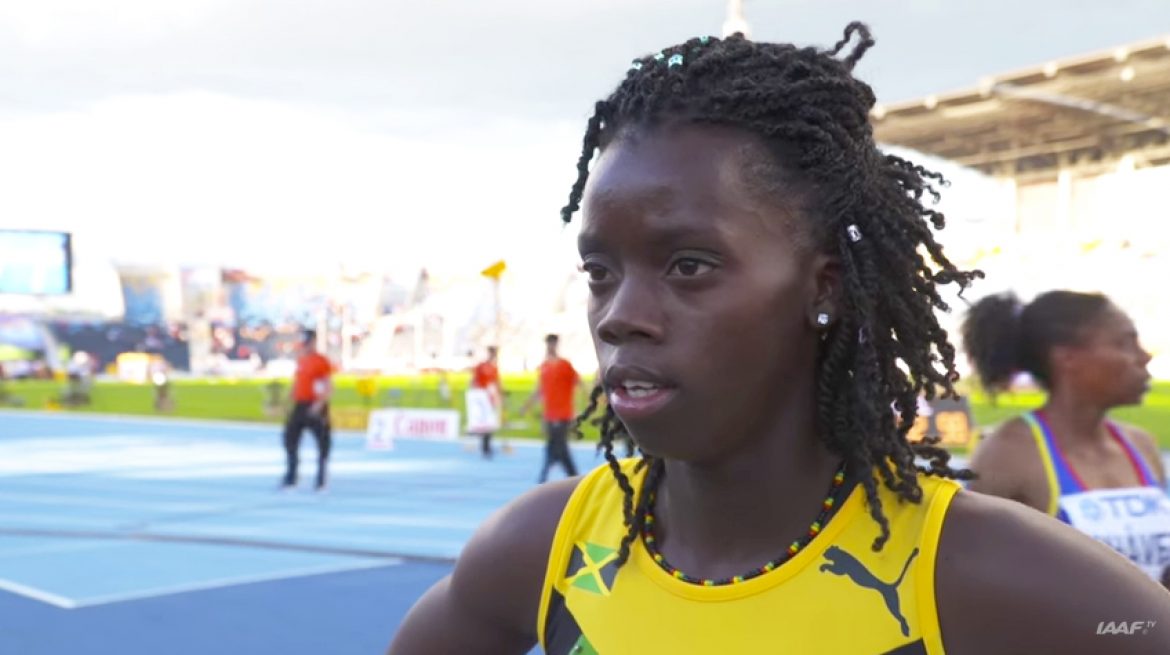 Team Jamaica had mixed results on day one of the IAAF U20 World Championships 2016 at the Zawisza Stadium, Bydgoszcz, Poland on Tuesday (July 19). Only five of the ten Jamaican athletes who saw action on day one were able to progress to the next round.

Devia Brown was not fancied to make the finals of the Women’s Discus but defied the odds with a personal best 49.56 to finish 6th in Group B to make the last 12 who will contest the final on day 2. Many expected Shanice Love to advance to the final but the national junior record holder had a wretched day, failing to register a mark.

Top medal contenders in the Women’s 400m Tiffany James and Junelle Bromfield won their respective heats to advance to the semi-finals. James was the fastest qualifier and only athlete to register a sub 53 time after easily winning in 52.98. She will run out of heat 3 in the semi-finals.

Bromfield looked well within herself as she cruised home in 53.21 for a comfortable win. The 2015 Commonwealth Youth Games champion will face the starter in Heat 2. The top two from each of the 3 heats along with the next two fastest will advance to Thursday’s final.

Jhevaughn Matherson and Raheem Chambers recovered from sluggish starts to advance to the semi-final round of the Men’s 100m. Chambers was 3rd in his heat with 10.45 and will contest Heat 1 from lane 9. Matherson finished in a similar position with a time of 10.47 and will make a bid for the finals from lane 8 in Heat 3. The big favourite Noah Lyles of the USA was the top qualifier with 10.28. The final is the closing event on Day 2.

Kevin Nedrick and Sanjae Lawrence failed to make it to the finals of the Men’s Shot Put. Nedrick was well below his best finishing last in Group B with a disappointing 16.63m. Lawrence fared much better in Group A but his best of 18.26m was just good enough for 6th and 13th position overall. The top 12 advanced to the final.

Jamaica’s two representatives in the Men’s Long Jump were not expected to create much of an impact and both failed to make it pass the 1st round. O’Brien Wasome’s miserable run in recent times continued as he failed to progress after three foul attempts. Shawn-D Thompson had a best of 7.33m for 19th overall.