8 Medals for Team Jamaica at IAAF U20 World Championships 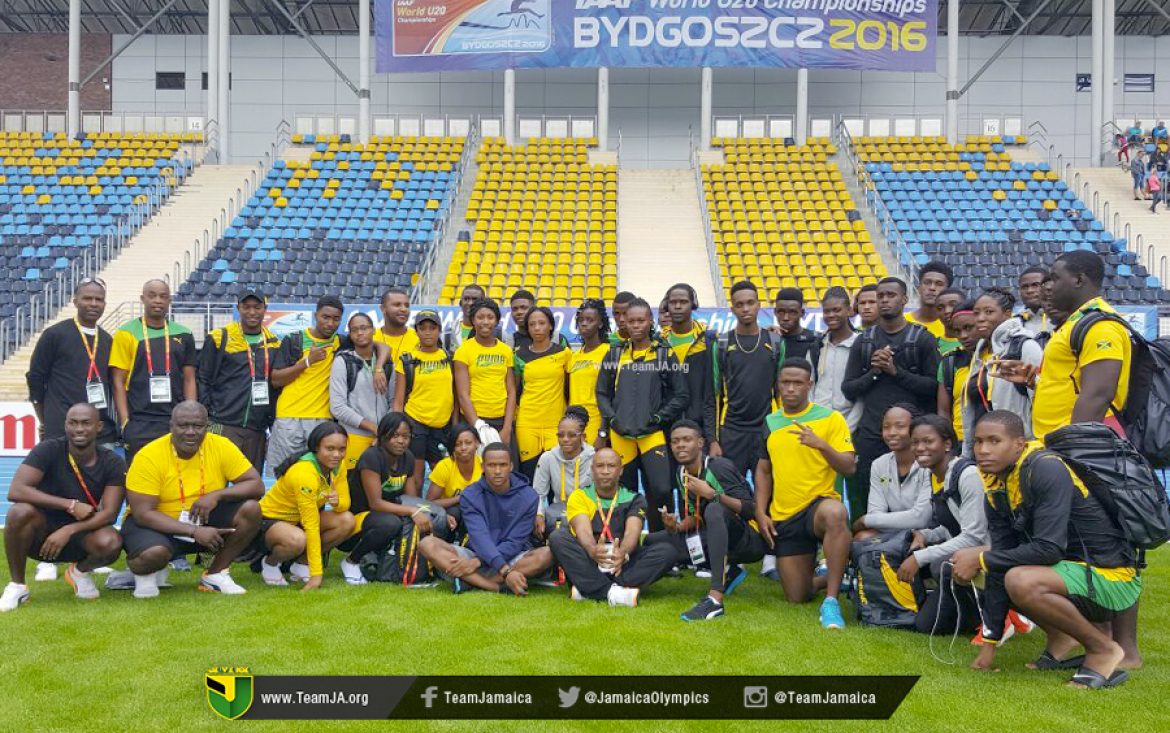 Eight medals…two more than the 2014 tally at the IAAF World Junior Championships in Oregon, USA. When the 40 strong team left Jamaica about two weeks ago for the IAAF U20 World Championships in Bydgoszcz, Poland, that would have been one of the targets.

Jamaica finished 5th overall behind traditional powerhouses USA, Kenya, Ethiopia and Cuba. The USA dominated with 21 medals including 11 Gold. Overall it was a very good showing by Team Jamaica as many of those who were considered as live medal contenders before the championships started delivered on those expectations.

The very progressive Tiffany James created history on Thursday (July 21) producing the performance of a lifetime to win the Women’s 400m final. James, 19 displayed true grit and determination to hold off the challenge of American Lynn Kirby to win in a Personal Best (PB) and U20 world leading (U20WL) 51.32. It was Jamaica’s first medal at the championships and the first ever gold by a Jamaican woman over 400m at the global level.

Jaheel Hyde is as bankable as they come at the age group levels and the Rio Olympics bound junior showed that at this level he has no equal. He turned in a commanding performance to become the first junior to win consecutive 400m Hurdles titles. Hyde, the National Junior Record holder (48.81) was expected to win and duly obliged in 49.03, his third fastest time ever. The former Wolmer’s Boys School standout who now trains with the Cameron Blazers group had previously won the 110m Hurdles at the World Youth Championship, the 400m Hurdles at the 2014 IAAF World Junior Championships and the 110m Hurdles at the 2014 Youth Olympic Games.

Shannon Kalawan has been having the season of her life and secured the Silver medal in the 400m Hurdles with an impressive run behind the out of class American Anna Cockrell (55.20 PB). It was the 3rd fastest time ever by the outstanding Edwin Allen High athlete who ensured that Jamaica’s status as a world power in the event was maintained. Jamaica won the event in 2006 with Kaliese Spencer and again in 2012 with Janieve Russell.

If there was a surprise medal at the championships, then it would be Rushelle Burton’s Silver medal in the 100m Hurdles. The much improved Burton had one of the slowest times going into the final but was full of confidence and determined to upset the applecart. Burton closed fast in lane 8 as the top three were separated by a mere .04 seconds in a blanket finish. A rejuvenated Burton who finished 4th at the 2013 World Youth Championships stopped the clock in a fast 12.87 seconds to set a new National Junior Record (U20). The race was won by Elvira Herman of Belarus in a Championship Record 12.85 seconds.

The women’s mile relay team of Kalawan, James, Stacey-Ann Williams and Junelle Bromfield in that running order put in a gallant display but was no match for a very powerful quartet from the USA. The Jamaicans secured the Silver medal in 3.31.01 behind the USA with a U20WL 3.29.11. Roniesha McGregor was a member of the Jamaican quartet that won their heat.

Junelle Bromfield was the fastest athlete in the 400m field at the championships but had to pull out all the stops to ensure that Jamaica had two spots on the medal podium. Bromfield claimed the Bronze medal in 52.05, the same time as 4th place Jessica Thornton of Australia. It was her best effort of the championships and her 2nd fastest time ever.

There was much controversy surrounding Jamaica’s fastest junior in 2016 Nigel Ellis and the event(s) he would participate in at the U20 Championship. Ellis false-started at the Jamaica Junior Trials but was named in the provisional entries for the 100m. The team management took the decision to stick with the trials placing of Raheem Chambers and Jhevaughn Matherson leaving Ellis to contest the 200m. He made it to the finals with the 7th fastest time and for much of the race looked to be out of contention for a medal. He was not to be denied however and produced a terrific late charge to nab the Bronze medal in 20.64.

Jamaica’s other Bronze medal came in the men’s 4x400m with the team of Anthony Carpenter, Sean Bailey, Terry Thomas and 2015 World Youth Champion Christopher Taylor putting in a gutsy display. The Jamaican quartet had a good start from Carpenter with Bailey and Thomas having steady efforts before a relieved and overjoyed Taylor brought them home for the Bronze with a 45.12 split on anchor. The Jamaicans set a season best 3.04.83 as the very strong USA team completed a clean sweep of the relays to win in 3.02.39 (U20WL) ahead of highly fancied Botswana (3.02.81). Akyeeme Francis ran in the heats for Jamaica on day 5.

There were some noteworthy non medal winning performances from the Jamaican team as several athletes achieved personal milestones.

Dejour Russell ran his two fastest times ever including the U20 world leading mark of 13.20 for the 110m Hurdles. Russell powered his way into the finals but his customary sluggish start was to be an obstacle too difficult to overcome. His closing rattle was only good enough for 4th in a very good 13.39. Russell was the anchor on the sprint relay team that finished an agonizing 4th (same time as Bronze medal winners Germany).

Jordan Scott equalled his PB (16.01m) in the finals of the Men’s Triple Jump where he placed 6th while Devia Brown threw a PB 49.56 to make the finals of the Discus Throw. Brown was 11th in the final. Jessica Noble progressed to the final of the Long Jump where she finished 11th. Raheem Chambers ran very close to his PB in a high quality Men’s 100m eventually finishing 6th in 10.30 seconds.

Jamaica is 9th on the all-time medal table with 91 medals (23 Gold, 34 Silver and 34 Bronze). The next staging of the IAAF U20 World Championships is scheduled for 2018 at the Ratina Stadium, Tampere, Finland.