Fedrick Dacres to challenge for medal in Discus Throw 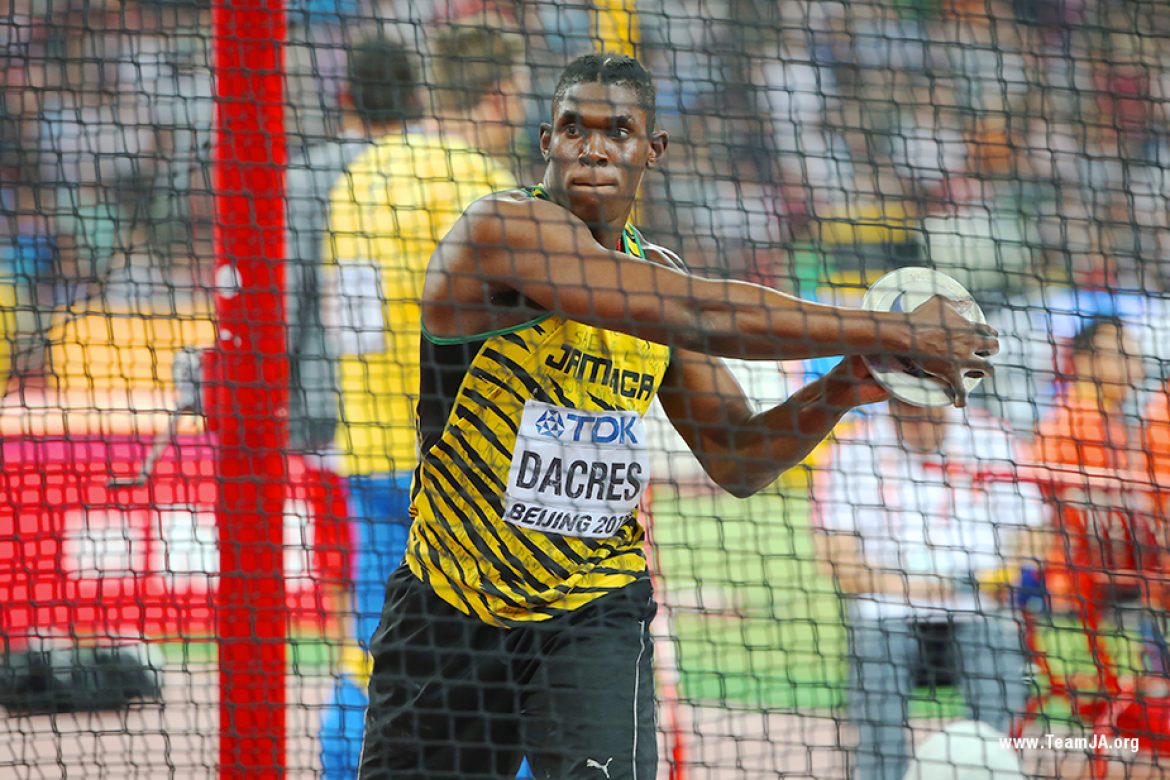 Fedrick Dacres made the finals of the Discus Throw at the 2015 IAAF World Championships in Beijing where he placed 7th. The 22 year old will be looking to not just improve on that showing, but also to create history by being the first Jamaican to win a medal in the event at a senior global championship. Dacres is the 4th ranked thrower on the year with a personal best 68.02m.

Dacres knows what it is like to be the first from Jamaica to win the event at the world level. In 2011 he created history when he won the Discus at the World Youth Championships. He returned a year later to best a strong field on his way to the Gold medal at the World Junior Championships. The former Calabar standout is Jamaica’s lone representative in the event following the well-documented and controversial non inclusion of national record holder Jason ‘Dadz’ Morgan, the only other Jamaican to achieve the qualifying mark.

The event promises to be a classic with the likes of Dacres, world number one Piotr Malachowski of Poland (68.15m) and the German pair of Christoph Harting (68.06m) and Robert Harting (68.04m). The event is not confined to these four as others including Sam Mattis of the USA and Martin Wierig of Germany have the credentials to enter the reckoning. The Discus Throw is scheduled to start on Friday August 12.