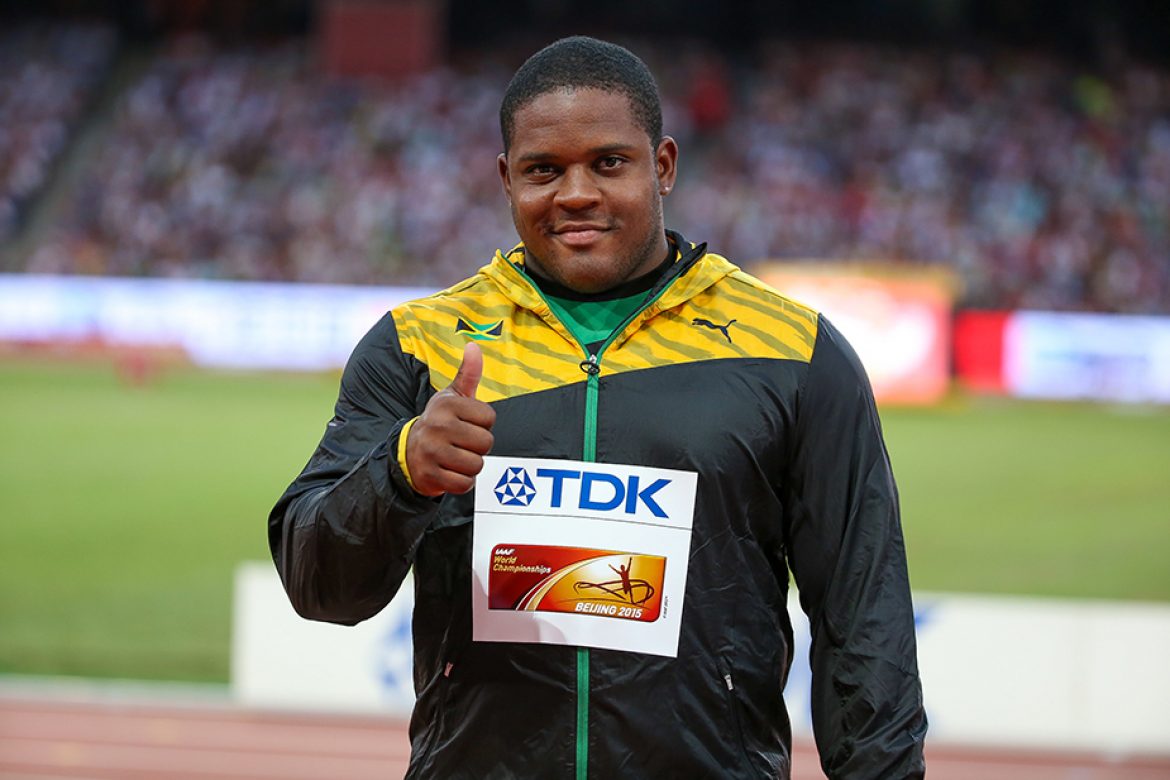 O’Dayne ‘Fred’ Richards created history last year when he became the first Jamaican thrower to win a medal at a senior global championships. The 2015 IAAF World Championship Bronze medalist in the Shot Put has struggled with injuries this year and may be hard pressed to contend for a medal.

The former St. George’s College goalkeeper has a SB 20.82M which ranks him at number 16 of those down to compete in Rio. Richards who has Pan Am and Commonwealth Games titles has a PB of 21.69M. He may have to improve on his national record if he hopes to throw his way on to the podium. It is not beyond him however and over the past three years, he has produced his best on the big occasions.

The captain of the Jamaican men’s team will bow into action on Thursday August 18. He is looking to join two-time Olympian Dorian Scott as Jamaicans to compete in a Shot Put final at the Olympics. Scott, who Richards eclipsed as national record holder was 10th in the finals at the London 2012 Games.

The USA will be represented by three of the top four ranked throwers in 2016 when the Shot Put gets underway at the Rio Olympics. Joe Kovacs who won the title at the 2015 IAAF World Championship in Beijing has the world best of 22.13m just ahead of his teammate Ryan Crouser (22.11m). Nigeria’s Stephen Mozia (21.76m), American Darrell Hill (21.63) and New Zealand’s Tomas Walsh (21.54m) round out the top 5.