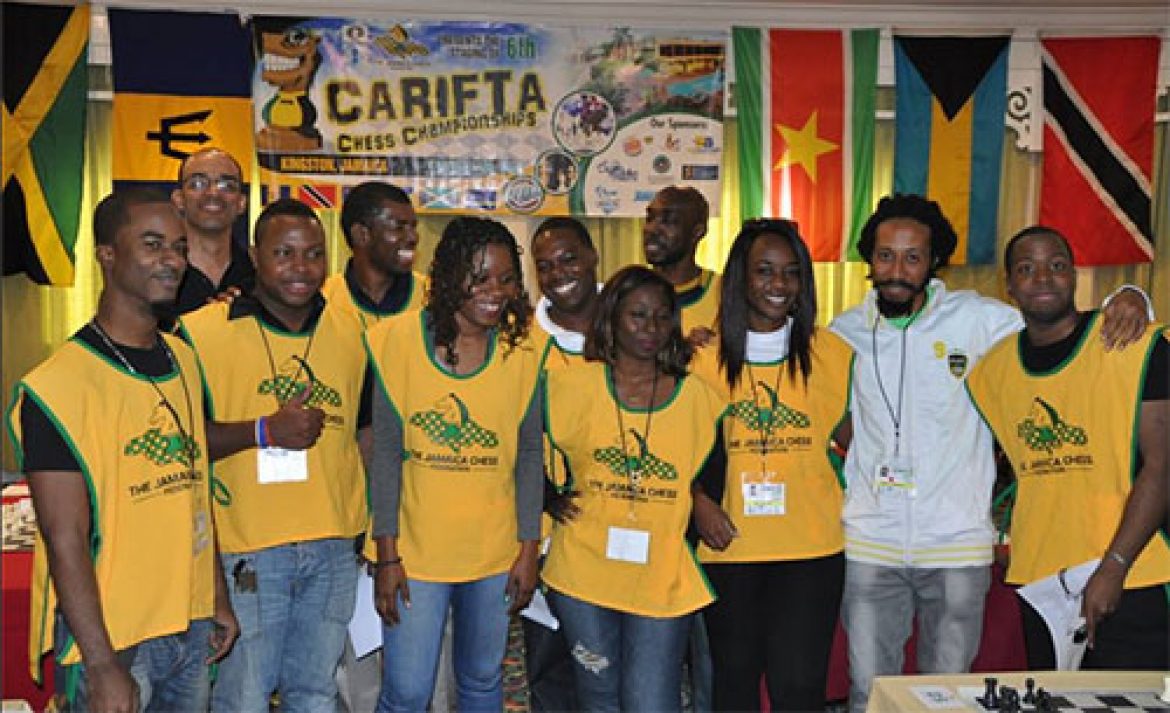 Jamaica recaptured the team title at the 6th staging of the CARIFTA Chess Championships held at the Knutsford Court Hotel in Kingston. When the points were tallied after the final round, Jamaica was declared the champion over Barbados with Trinidad and Tobago taking 3rd place. It was Team Jamaica’s first win since 2013 when they last hosted the tournament.

Number one seed Thomas (Candidate Master) triumphed in the Boys U-12 (Absolute) Category after defeating fellow Jamaican Coy Wilson in his final round encounter to top the standings with 6.5 points from seven games. Jamaica’s Nathan Walsh finished 3rd with 6 points.

Blake was declared champion in the U-12 Girls Category in a tiebreak over Vanessa Greenidge of Barbados. Both players were tied on 6 points at the end of the final round.

Category favourite Sheanel Gardner confirmed her top billing among the U-20 Girls after overcoming a poor start to score a hard fought win. Gardner ended on 5.5 points. Compatriot Akalia Donaldson took the Silver in a tiebreak.

Other notable performances for the Jamaicans at the championships came from Malik Curriah who was joint 3rd in the coveted U-20 Boys (Absolute) Category with 5 points and Joshua Christie who secured Silver in the U-16 (Absolute) Category.

Christie was tied on 6 points with defending champion Alan-Safar Ramoutar of Trinidad and Tobago who was declared champion on tiebreak after defeating the Jamaican in round six. Another Jamaican, Jhustice-Dimonte McDonald was 3rd with 5.5 points from seven games.