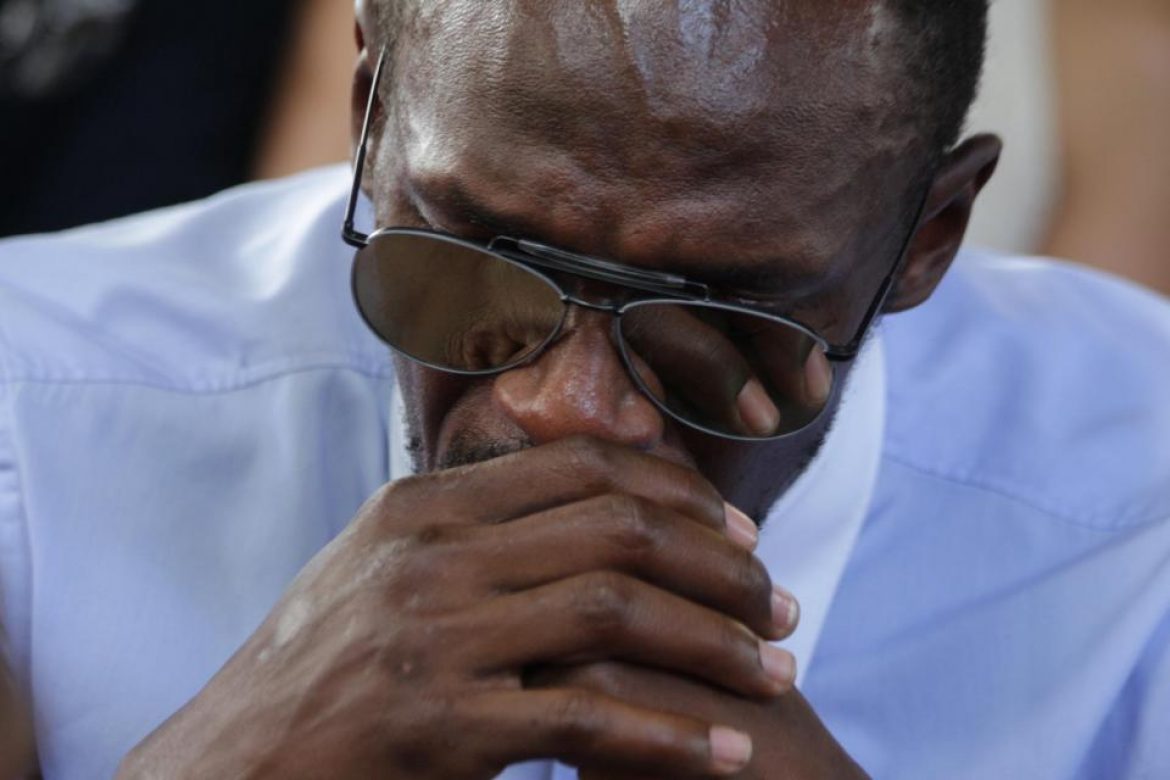 The 34-year-old was killed after a motorcycle collision in East Kingston, Jamaica, last month and scores of people gathered to lay him to rest.

Olympic champion sprinter Bolt, 30, was pictured holding back tears behind his sunglasses at the emotional service, also in Kingston.

Mason won a silver medal for Great Britain at the 2008 Beijing Olympics after switching allegiances from Jamaica in 2006.