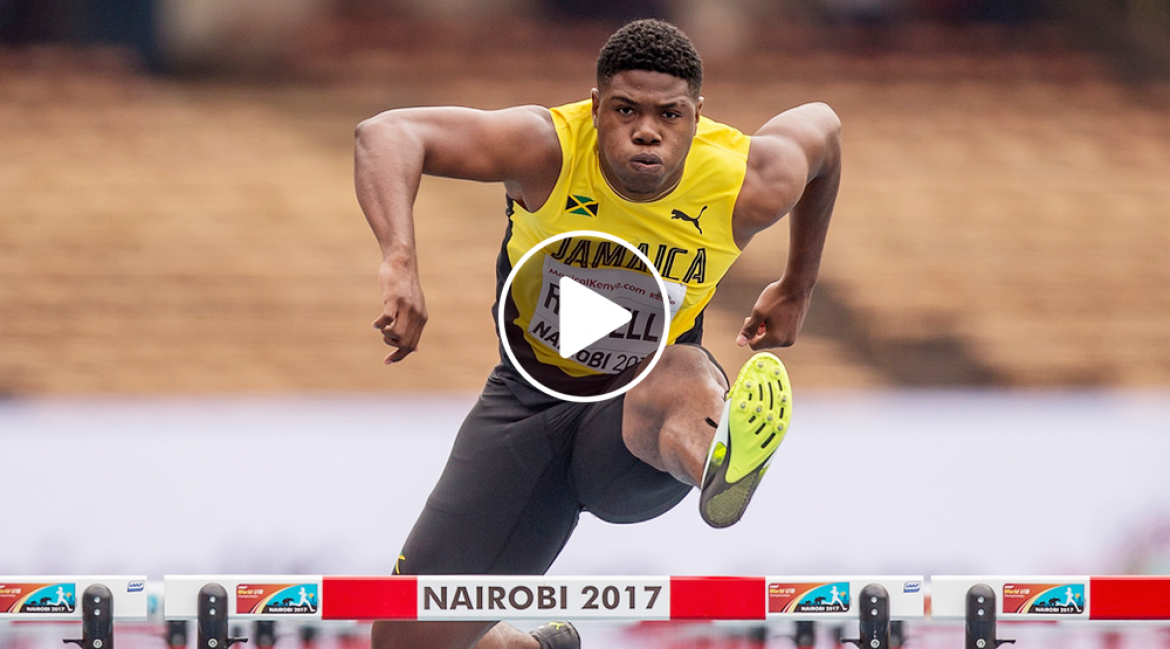 The Calabar standout De’Jour Russell of Jamaica took his personal best from 13.31 (already a world-U18-leading time this year) all the way to 13.08. The time made him the second fastest U18 athlete of all time, behind his compatriot Jaheel Hyde’s world U18 best of 12.96.

Russell’s time was all the more amazing given his slow reaction time of 0.221 and the fact he slowed down before the finish. With the semifinal and final scheduled for tomorrow, there may be much more to come from the Jamaican who recently clocked a world age-17 best of 13.32 over the senior height barriers.

None of the other hurdlers came near Russell’s performance, but there were other notable runs, including the remaining heat winners: Enrique Llopis of Spain with 13.47 (a personal best by 0.25), Lu Hao-hua of Chinese Taipei with 13.57 and Saoud Al-Humaidi of Qatar with 13.72.

The early exit of Zayed Al Shamsi of the United Arab Emirates was also notable. The third fastest U18 athlete this year with 13.43 finished only sixth in his heat in 14.70 and was eliminated.