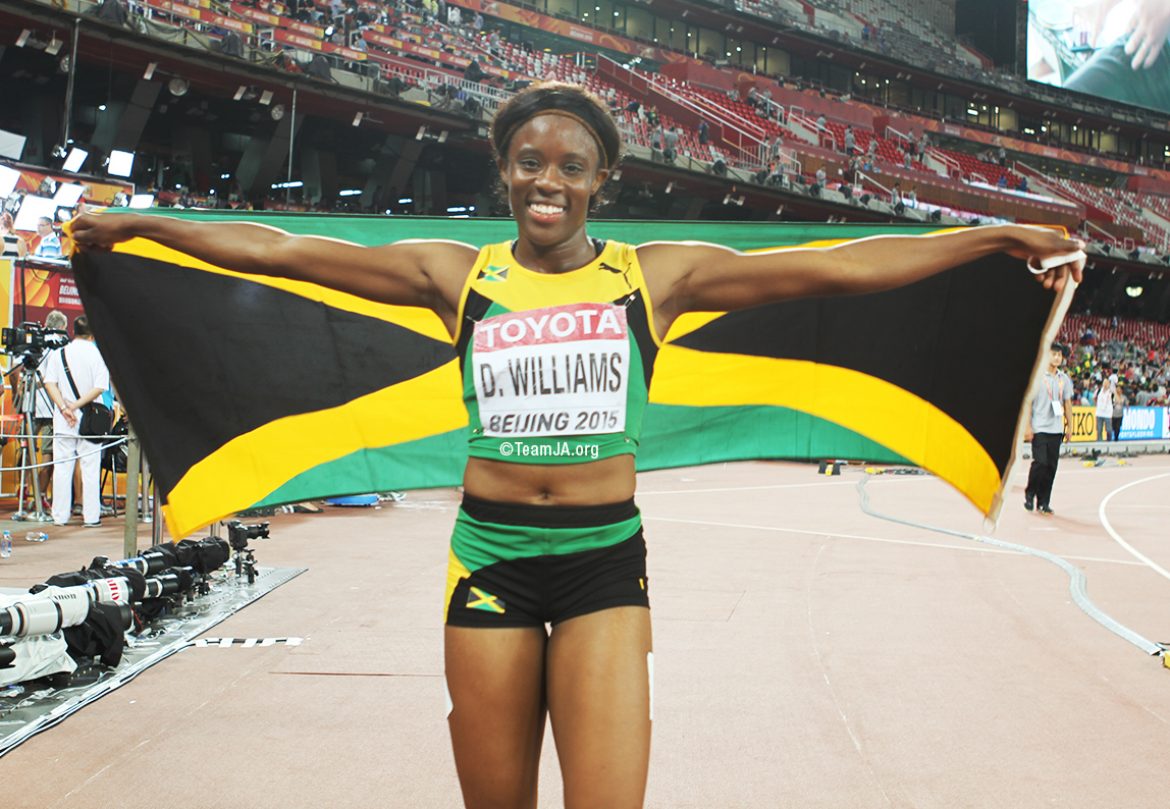 In 2015 Williams stunned the world and the world’s best to capture Gold in an eventful 100m Hurdles. The then 22 year old Jamaican was near flawless in her execution leading to the finals before turning in the performance of a lifetime to win the coveted Gold medal in a close finish in arguably one of the sport’s most unforgiving events. A few more heralded competitors including a seemingly invincible quartet of Americans for one reason or another were non-factors.

Williams missed out on the chance to prove that her win was no fluke when she fell at the Jamaican Trials and did not make the team for the Rio Olympics in 2016. For the former standout from The Queens School and Johnson C Smith University who has always been a fighter, it was a painful reminder of the unpredictability of the event after the unbelievable heights of 2015. Her resolve was not broken however and she quickly turned her focus on the 2017 campaign.

After a somewhat slow start to the season, the Jamaican served notice that she had no intention to relinquish her title without a fight. Despite having a wild card to the London World Championships by virtue of her status as defending champion, Williams opted to compete at the Jamaica Trials where she turned in a brilliant performance on her way to securing another national title in a personal best 12.56.

She returned with a creditable effort in her last race before London finishing 3rd to the howling pre world championship favorite and world record holder Kendra Harrison of the USA. Williams clocked 12.58 as Harrison won in 12.51 ahead of Sharika Nelvis (12.52).

Behind her on that day were Nia Ali and Sally Pearson, athletes tipped by Track and Field News (one of the world’s premier track and field magazines) as the two competitors to occupy the other podium spots in London. Ali was 4th in 12.68, the same time recorded by 5th place Pearson.

Williams seems to have timed her season to perfection and providing she executes as well as she can, should be right in the mix in the rush for the finish. She is the 4th fastest of the athletes that will be in London, behind Harrison (12.28), Pearson (12.48) and Ali (12.52).

History is replete with fancied athletes biting the dust at majors and the 100m Hurdles has had its fair share, including at the 2015 championships in Beijing. Medals are not decided on paper and Williams knows that. She has never been afraid of the ‘big names’ and believes she has earned her place among the best. A win in London is not as difficult to envisage as some may think.

If Williams were to win, she would become only the third athlete to defend the sprint hurdles title after three time champion Gail Devers (1993 and 1995) and Michelle Perry (2005 and 2007). If she were to medal, the 24 year old would become only the 3rd Jamaican to secure multiple podium finishes joining the ranks of 2009 champion Brigitte Foster-Hylton who has a full set of medals and Delloreen Ennis-London with a Silver and two Bronze.