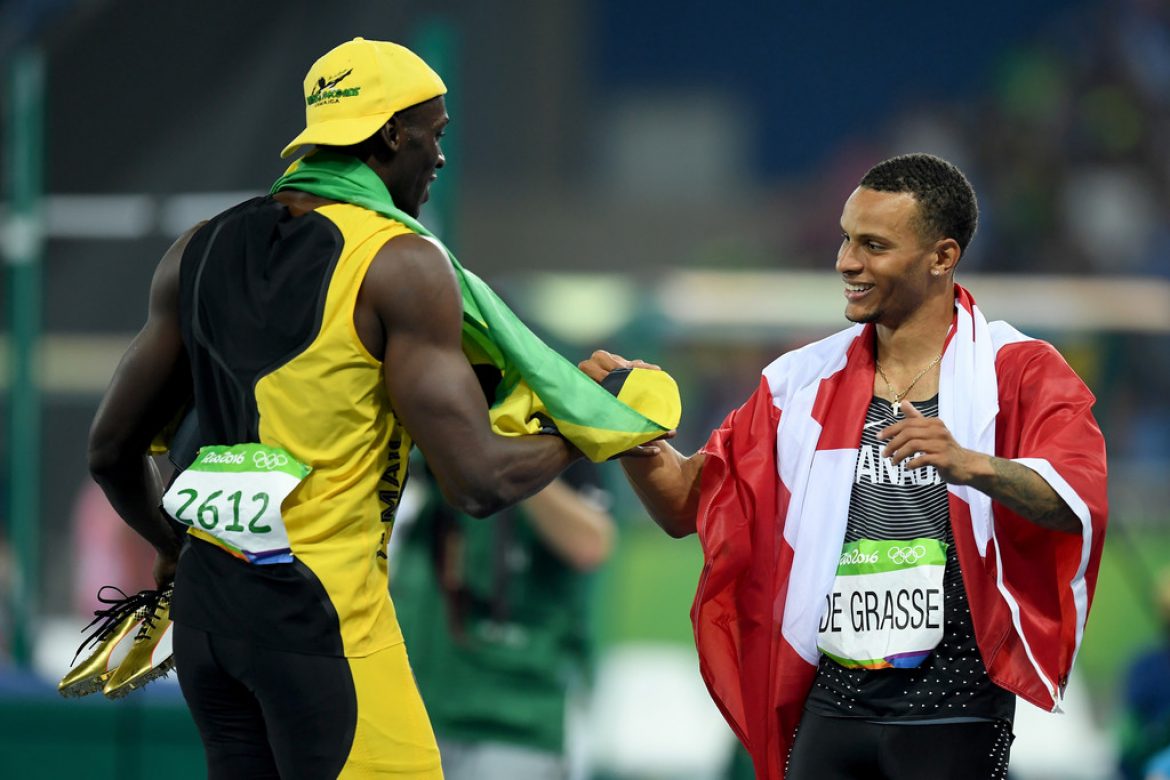 Canadian Andre De Grasse has withdrawn from the IAAF World Championship scheduled to get underway on August 4 in London. The 22 year old who won Bronze at the 2015 World Championships in Beijing reportedly suffered an injury and has pulled the plug in his 2017 season.

His withdrawal means the much anticipated showdown with defending champion Usain Bolt will not materialize. The Canadian reportedly suffered a Grade 2 hamstring strain during his last training session while practising starts. De Grasse was seen in many quarters as a potential medalist in both the 100m and 200m.

His management team recently courted controversy with allegations that the handlers of the track and fields poster boy Bolt were instrumental in having De Grasse pulled from a 100m race where the Jamaican was to have his final race before the World Championships. De Grasse has since distanced himself from the claims but has drawn the ire of Bolt who felt he was disrespected.

The following press release was issued by Doyle Management Group:

London, England: On Monday evening, at Mile End Stadium in London, Andre had his final starting blocks session in preparation for Friday’s World Championships Men’s 100m heats. On his final run of the day, Andre pulled up with what he described as “a grab” in his right hamstring.

He was immediately diagnosed and treated by his medical team, and returned to the hotel, where treatment continued. The next day, Andre received an Ultrasound scan at the Stratford Stadium, which was diagnosed as a grade I hamstring strain affecting the long head of the biceps femoris. The next day he flew to Munich to meet with Dr. Muller Wolfhart for further advice and potential treatment. Dr. Wolfhart diagnosed a grade II hamstring strain, and ruled out the possibility of Andre competing in The World Championships 2017 in London.

It is with great sadness that Doyle Management announces that Andre will be pulling out of these Championships and ending his 2017 track season. To say he is devastated is an understatement. “The entire year this 100m race in London was my focus. I am really in the best shape of my life and was looking forward to competing against the best in the world. To not have this opportunity is unimaginable to me but it is the reality I am now faced with. I am sad to miss this chance but I am young and with treatment and rehabilitation I will be back and better than ever in the near future.” Said De Grasse.