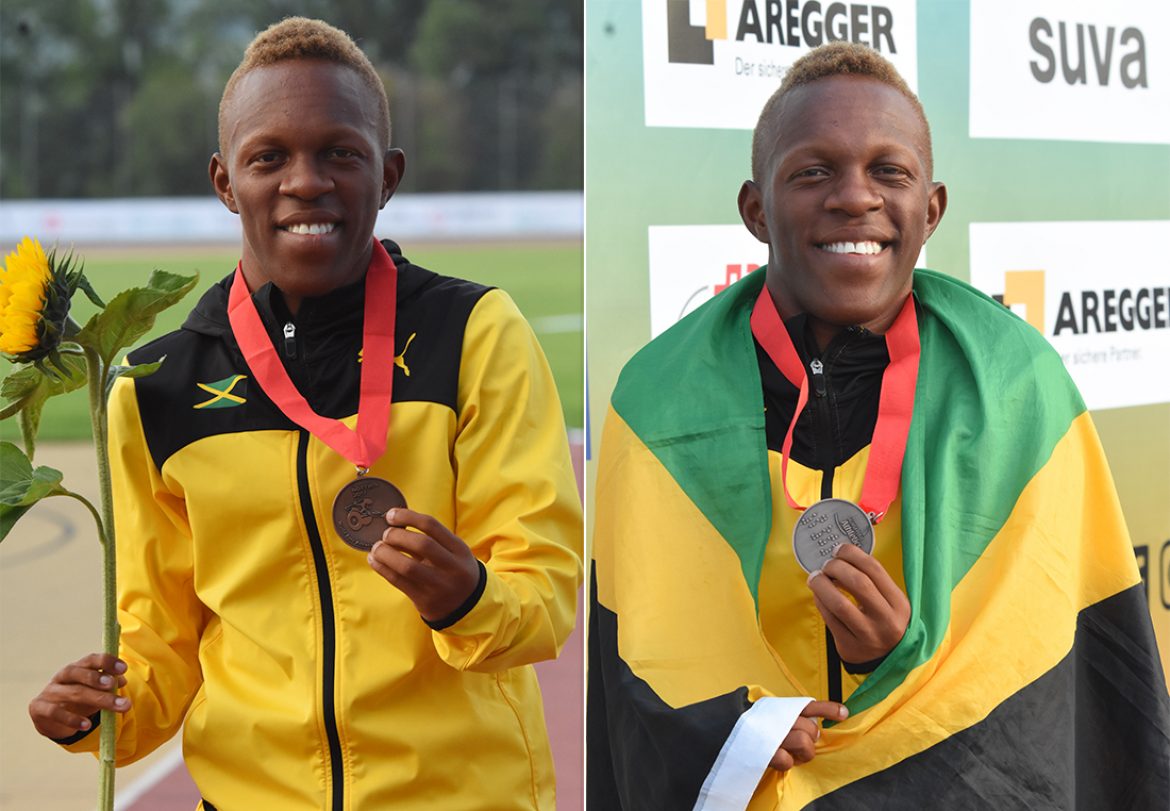 Jamaica won its first medal on the opening day of the 2017 IPC World Para Athletics Junior Championships, when Tevaughn Thomas secured Bronze in the Men’s 200m T42-47 in a time of 23.30s. He was defeated by Kumar Aamit of India, who won in a time of 23.23s and the Silver medal went to Austria’s Alexander Pototschnig, his time was 23.40s. Thomas, who will compete in the Men’s 100m tomorrow (August 4), had a flying start and was marginally ahead of the field coming off the curve. He was eventually passed by the much stronger Indian and the fast finishing Austrian in the final 20 metres of the race. “I had a good start and was comfortable coming off the bend, but I guess the other athletes wanted it more”, said Thomas after the race. “I am happy to have secured a medal for my country, family and fans at home”.

Earlier in the day, Jason Brown and Moesha Morris, represented the country with distinction in the Championship’s opening ceremony. Morris, who is representing the country for the first time at an international track and field event, was elated to have been a part of the ceremony, while flag bearer and medal hopeful, Jason Brown, said that it was “indeed an honour to be Jamaica’s flag bearer”.
Both Jason Brown and Tevaughn Thomas will compete in Friday’s (August 04) day of competition. Brown will run in the Men’s 100m T13 at 11:10am (4:10am JA), while Thomas will compete in his pet event, the Men’s 100m T42-47 at 4:45pm (9:45am JA). They are both expected to increase the country’s medal count at the Championships. Follow the progress of the team on www.jamaicaparalympic.com and on the Jamaica Paralympic Association Instagram account (@jamaicaparalympic).