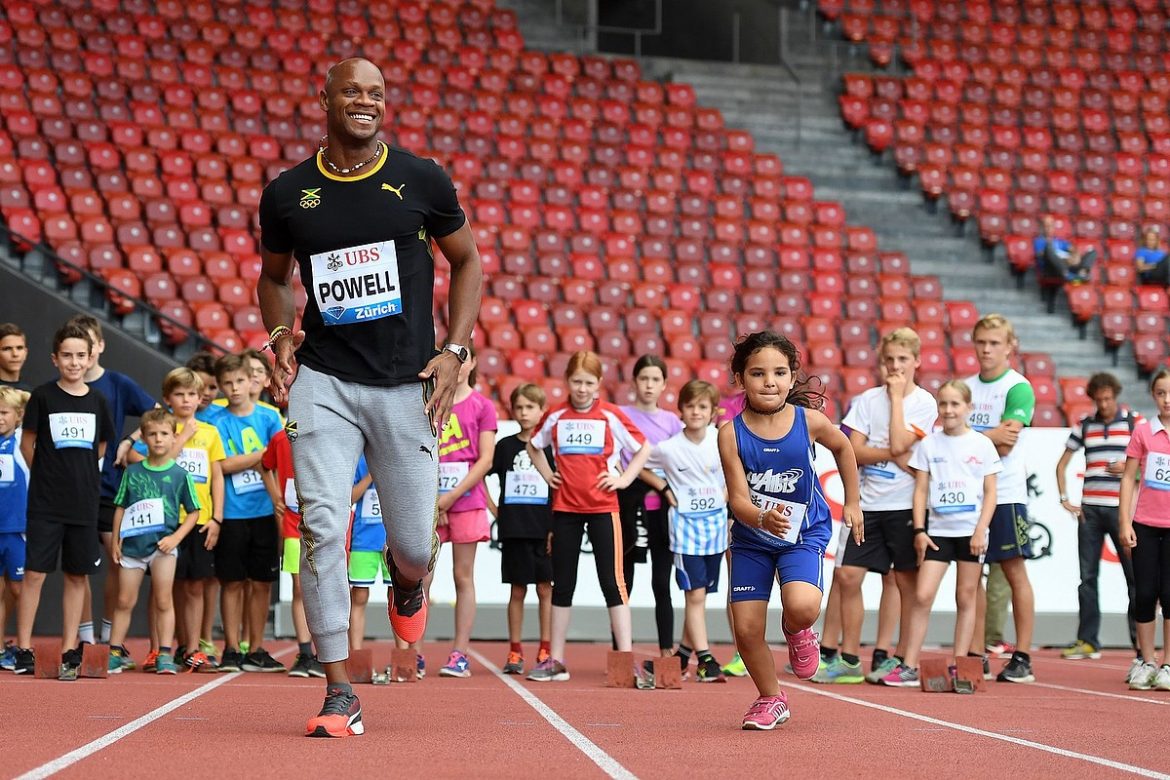 Though Summer is winding down for many it’s just heating up for DMG athletes (Doyle Management Group). Weltklasse Zurich Diamond League is the second stop on a post-2017 World Championships circuit in Europe for DMG athletes that started with the Birmingham installment of the Diamond League series on August 20. The roster included Sandi Morris, Alysha Newman, Natasha Morrison, Blessing Okagbare, Courtney Okolo, Jarrion Lawson, Ryan Crouser, Zharnel Hughes, Devon Allen, and Vernon Norwood who competed in Birmingham with six walking away with medals.

“We are proud to represent everyone on our roster— the team at DMG works hard to find talent and really enjoys helping our athletes to grow to their full potential. It takes a lot of work and dedication to compete at this level and our athletes prove that they have what it takes to achieve greatness every time they suit up,” said Paul Doyle, CEO of DMG.

Powell, who has the most sub-10 100m runs in the history of Track and Field, is looking to add another to the list in Zurich. “I don’t necessarily think about winning, I think about doing my best. For me, that means running the best time I can and hopefully that is a sub-10 time and having a good time while doing it,” Powell chuckled.

On her part, Morris is looking forward to jumping in Switzerland’s largest railway Station Hauptbahnhof in Zurich. She will vault alongside Alysha Newman in the busy railway station as it provides an exhilarating backdrop for a pole vault event.

“It’s an epic experience to compete with fans so close. You really feel their energy, hear the cheers and I’m motivated to try and jump just a little higher so they can really get excited,” Morris said.

DMG was founded by Paul Doyle in 1998 and has since gone on to become one of the most instantly recognizable names in sports management. More than 60 professional athletes call DMG home, with 44 of them having Olympic or World championship appearances, 31 major championship finalists, 19 major championship medalists, 11 World Champions, six Olympic Gold Medalists, and three World Record Holders. The group now includes the American Track League which stages annual street meets in the US and the Doyle Sports Performance Center, a state-of-the-art training facility for professional athletes in Atlanta.