Felix and Tarmoh Tiebreaker to be finalized Saturday 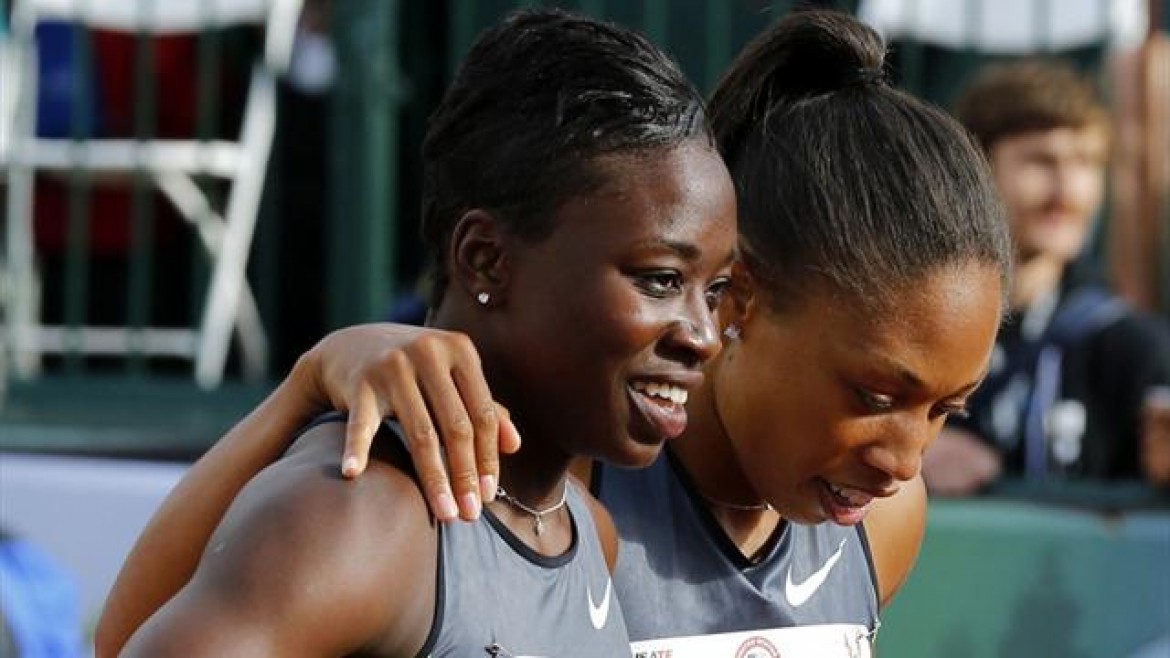 To let the sprinters focus on the task at hand, USA Track and Field officials said they will wait until after the women’s 200 meters Saturday night at the Olympic track trials to finalize plans for breaking a third-place tie in the 100.

Allyson Felix and Jeneba Tarmoh finished the 100 this past weekend in a dead heat for third. The top three finishers in each event at the trials make the U.S. Olympic team for London, provided they have met the qualifying standards.

As it stands now, both runners are already eligible to be selected to the Olympic 400 relay team. So are Carmelita Jeter, who won the 100, and runner-up Tianna Madison.

The trials took a two-day break and will return to action Thursday with qualifying for the 200. Felix and Tarmoh will take the track for the first time since their controversial finish.

Felix is the favorite in the event, winning Olympic silver medals in 2004 and `08.

USATF has fallen under scrutiny for not having a procedure in place to break a third-place tie. Immediately after the 100 race, the organization hastily scrambled to put together some options for the athletes. Felix and Tarmoh can either have a runoff — a winner-take-all race — or resort to a coin flip. One of them can also choose to bow out, too.

The decision on which option they choose could come Saturday night or Sunday morning, officials said.