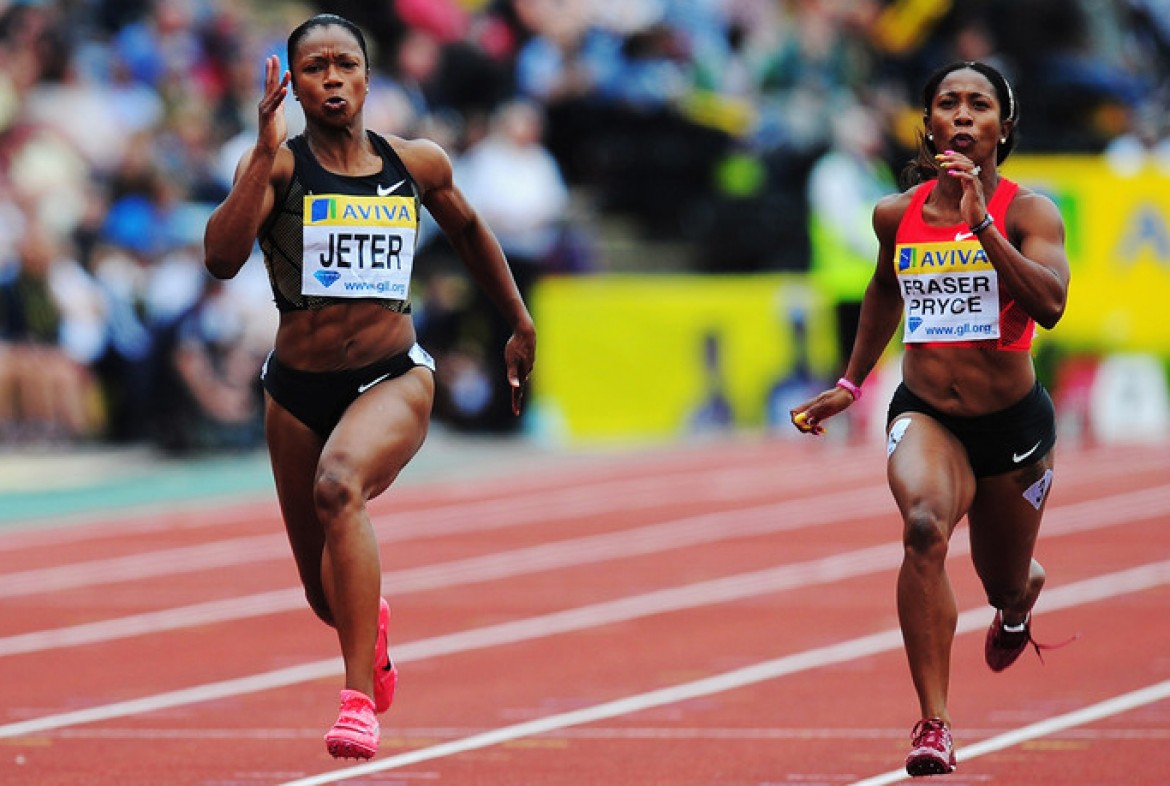 Sixteen Olympic and 15 reigning World champions are expected to take to the track this Friday and Saturday. You may download the entry lists (as at 09 July) from the meeting’s official website here.

Around 50 of Great Britain’s Olympic squad will join an array of global stars in the capital’s two day Samsung Diamond League event, with the country’s only defending Olympic champion Christine Ohuruogu lining up in the 400m on Saturday, as well as in-form World champions Dai Greene and Mo Farah racing in the 400m Hurdles and 5000m respectively on Friday evening.

After missing out on his home Olympics in Beijing four years ago, 110m hurdler Liu Xiang will highlight Friday evening’s line-up. The Chinese superstar will have his work cut out with World Indoor champion Aries Merritt, World champion Jason Richardson and Britain’s Olympic contingent of Andy Turner, Andy Pozzi and Lawrence Clarke all keen to test themselves against the current best in the world.

The clash of the second fastest woman of all-time, Carmelita Jeter, with new Jamaican record holder Shelly-Ann Fraser-Pryce over 100m will be one to watch on Saturday, with Jeter’s American teammate Tianna Madison finishing off a highly competitive trio that may well be battling for Olympic medals next month.

The women’s 100m Hurdles on Saturday looks set to be equally impressive with World champion and Female Athlete of the Year Sally Pearson having run an impressive 12.40secs in Paris last weekend. With World silver medallist Danielle Carruthers and British number one Tiffany Porter also determined to get the better of the Australian, the Crystal Palace crowd can expect to be glued to their seats.

Another highlight of Friday’s line-up will be the much-anticipated showdown between the second and third fastest men in the world, Tyson Gay and Asafa Powell. Much will be expected of the duo, who will be joined by sub-10 second Jamaican trio Michael Frater, Nesta Carter and Michael Rodgers as well as World bronze medallist Kim Collins.

Powell said: “This is a big year for me. I’m not getting any younger but there’s a lot more to come from me. I’ve learned a lot from past major championships. I don’t take anything for granted and I’m working as hard as ever. I know that I’m capable of running 9.8, 9.7, 9.6, so all that I’m focusing on is myself.”

Tyson Gay and Asafa Powell will not be the only American, Jamaican rivalry with Carmelita Jeter – the second fastest woman ever over 100m – taking on reigning Olympic Champion and Jamaican record holder Shelly-Ann Fraser-Pryce on Saturday. Tianna Madison, who finished second in the US Trials behind Jeter, will be out for revenge as she looks to establish herself amongst the world’s best.

Following a personal best race this past Friday, 400m hurdles World champion Dai Greene will again take on Javier Culson, the man who outsprinted him in Paris to run a world leading time, on Friday at Crystal Palace. Joining the duo in a must-see battle will be former Olympic and double World champion Felix Sanchez, as well as Olympic bronze medallist Bershawn Jackson and Britain’s other Olympic representatives in the event, Jack Green and Rhys Williams.

Sanchez believes that if the Welshman can continue to string fast races together before the Olympics, he will firmly be in contention for a gold medal this summer.

He said: “I don’t doubt he’ll be in the hunt one bit. He’s a great competitor, has a great hurdle technique and that’s really what counts. Hurdle technique is what makes or breaks you in a close final and Dai has that advantage when he’s running. He also has the advantage of running at home.”

After an indifferent last few years, Beijing gold medallist Steve Hooker who will be looking to put his recent injury troubles behind him as he lines up in a strong Pole Vault field in the first event on Friday evening. His opponents will include British number one Steve Lewis, European Champion Renaud Lavillenie, Malte Mohr, Bjorn Otto and American record holder Brad Walker.

All eyes will be on Grenadian 400m sensation Kirani James on Saturday, who will be looking to add Olympic gold to his collection this summer after winning the World Championships in Daegu last year. With British trio Martin Rooney, Nigel Levine and Conrad Williams along with Belgium’s Kevin Borlee all aiming to get the better of James at the Aviva London Grand Prix before the Games begin, he will not be in for an easy ride if he is to extend his impressive record.

After missing the Aviva 2012 Trials last month, Hannah England will face her first major test since overcoming her recent injury this Friday. The World silver medallist is set for a tough challenge with American trio Morgan Uceny, Shannon Rowbury and World champion Jennifer Simpson all looking to show their form following Olympic qualification. British fans will also get the first opportunity to see the rejuvenated Lisa Dobriskey and Laura Weightman who will join England in London for the Games this summer.

In its 59th year, the prestigious Elmsley Carr Mile returns to the Aviva London Grand Prix, with two-time Olympic medallist Bernard Lagat hoping to avenge last year’s defeat by American teammate Leo Manzano, who will join him on the start line. Fresh from securing their Olympic selection, Andy Baddeley and Ross Murray will be keen to put a marker down to their rivals before the Games, but will also have to be mindful of the challenge posed by Kenyan Augustine Choge.