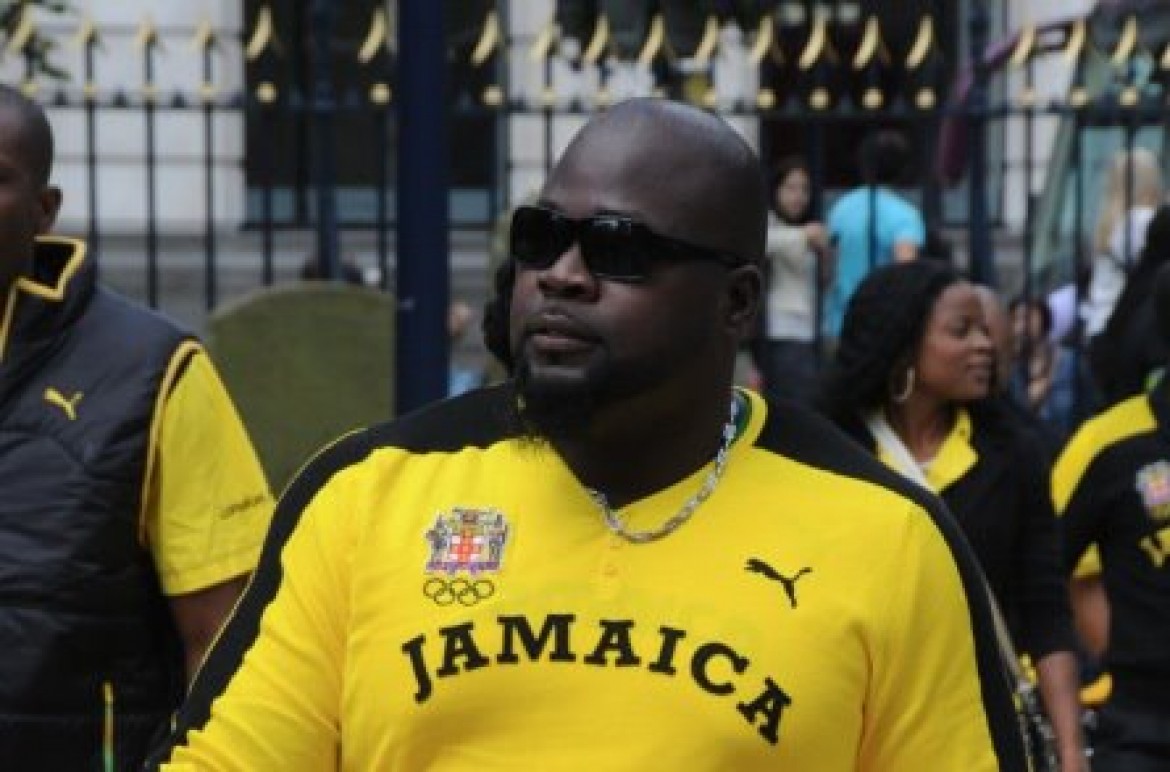 Get ready for the vibes because that is what Jason “Dadz” Morgan is all about. TeamJa.org had the pleasure of catching up with Jamaica’s National Record holder and Olympian in order to share a little of him with you.

You hardly hear Jason Morgan being called Jason or Morgan. The infamous nickname Dadz, has been recognized worldwide. “I have always been known as Dadz, since I was going to Waterford primary school. I got it from my father. Everybody called him dad; they knew I was his son, so they called me dad’s boy. The boy dropped off and I got my own name and image as Dadz. Dadz means the leader, someone with great responsibility. The name made it through primary, high school and has its place around the world.” The catchy nick name also has a catch word. When you hear the word “Timeless” you think of Dadz. So what does it mean? “Timeless is a personal slang, it can mean so much things, but to me time is everything and everything takes time, so I say Timeless”.

At Gym in Birmingham, England

Jason is not motivated solely by his strong faith in God but also the memory of his late mother. He said she is the reason he has stayed on the journey and has never given up. Morgan shares Psalms 23 and Philippians 4:16 as two of his most cherished scriptures. Not only is he an athlete full of vibes, but also a 6 foot 3 inches, 200 plus pound, powerful man of God.

TeamJa.org asked if Dadz could do any other event what would it be and respectably his response was  “I don’t want to do anything else”. He shared that he was destined to do this: “People who know me for a long time know that I USE TO BE A SPRINTER at Calabar high school until my good friend Maurice Smith and Noel White introduced me to throwing. Once I started I never turned back” As a thrower there is a beauty and challenge in learning and trying to master a technique where you have to use grace, strength, and technique to execute far throws. So that is exactly what Dadz is mastering on a daily basis. Jason is full of powerful and positive thoughts. He has a strong mindset and recognizes that he is a natural born leader. “I see myself as a special human being, I see myself as someone who is powerful beyond measure. I am always thankful and humble about every blessing that God grants me and I am always looking to motivate and inspire other individuals in a positive way.”

Dadz works full time and trains full time. He is happy to be in the training camp, where he can focus solely on the discus and his technique in order to sharpen his skills for the big day. The training camp is something people have been raving about. His words were “I feel good here, just another step to creating history and inspiring myself and people around the world. Things are on target as I plan to throw well here at the Olympic Games.” He shared “It feels good to be close to the team, especially fellow Calabar Old Boys.” With the vibes being right and the great food he talked about, Dadz loves how everything is going. In his words, “It’s a good look.”

Whether in training, competition or lounging, you will find Dadz listening to music sometimes even dancing. He said he likes several of Bugle songs. His favorite is Journey. He even admonishes, “make sure you check out Jah Cure too”.Vybz Kartel is his favourite artist and also a good friend.

A MESSAGE TO MY FANS

“It is the grace of God that has kept me going. He’s allowed me to be here where I am today. Thank you to all the people who have contributed positively in some way, shape or form to my life and may God bless you all.” His words of encouragement to everyone are: “Believe in yourself and trust God. He is always in control of the situations in our life. We may face some difficulties, have some setbacks and go through some struggles, but stay positive and keep strong. Always believe that the Most High is with you and holding your hand.” His last reminder to you is “Make sure you focus on you. Don’t let what people say negatively distract you. If they say it behind your back, it simply means that you are ahead of them. I PRAY AND WORK HARD DAILY AND BELIEVED IN ME WHEN NOBODY ELSE DID. WHEN I STARTED TO BELIEVE THAT’S WHEN I STARTED TO ACHIEVE GREAT THINGS and THAT’S WHEN THEY STARTED TO BELIEVE IN ME TOO.”

Jason “Dadz” Morgan has proven that dreams will become a reality as he is a living testimony to that. Follow Dadz @jasondadzmorgan check out his website www.jasonmorganonline.com and stay tuned for more updates on www.TeamJA.org