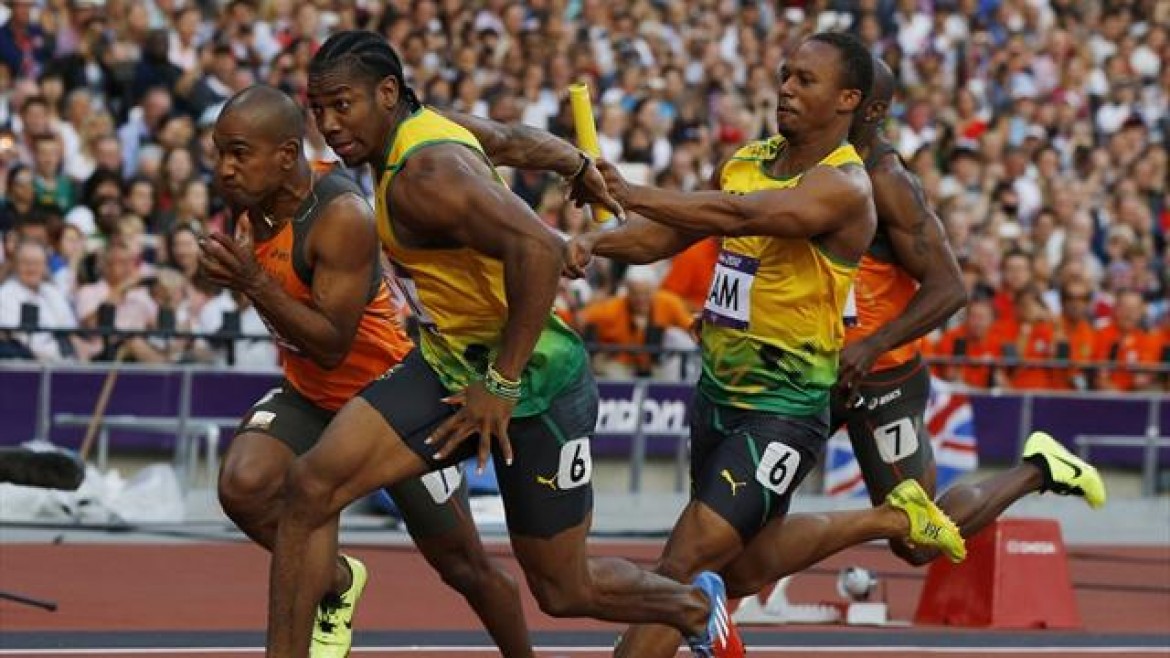 Wow, it’s almost done and what a week it was. From Olympic Countdown to Olympic Coverage, who would have thought it would be over so quickly? This Olympic Championship may not be as successful as Beijing, I enjoyed it. My momma always say you can’t win it all. Besides, everybody loves a come back story. There are lessons to be learned from these Olympics. More on that later.

Less you forget it was the men’s 4×400 that would close all Olympic Games and World Championships. All that changed because of one USAIN BOLT. The people dem (in my airport accent) wanted the showman to close the show. Psst. Uunu can change it back to the penultimate day because since carl lewis (common letter were deliberate) L.O.L. a draw Bolt out and since Bolt naah go no weh, I guess he will add 4×400 next year to his medals tally. So carl since you don’t consider him a legend then he will stick around for a while longer so you can continue to talk.

HEAVY IS THE HEAD WHO WEARS THE CROWN

Is Jamaica under pressure? Will the U.S.A. finally be able to reclaim the world record for the 4×100 men? It would be euphemistic to say that they want it. With both teams matching up on paper the victors will be determined by smooth baton changes. Jamaica will be okay as there is no pressure. The U.S. ran a National record of 37.38 with a team  Demps-Darvis-Patton-Kimmons. Jamaica ran 37.39 with Cater-Frater-Blake-Bailey-Cole. .01 separate both teams. The U.S. ran without Gay and Bailey. We ran without Bolt. Psst Bolt mek up fi two a dem. L.O.L.

Nesta looked good on the lead off in the semis. Demps also ran a good opening leg. However, Demps could be replaced with Patton or Kimmons. Please note like Lauryn Williams, Darvis Patton has been involved in many baton fumbles. They will either keep Demps or use  Kimmons . Anyone selected to run the lead off by the U.S.A. can be matched by Nesta. If Nesta sits in the blocks like Shelly Ann yesterday we are done or are we? Do not panic guys.

This is our weakest leg. We may lose the relay on Frater’s leg. Tyson ran 9.80 on Monday night. He is in the form of his life and Tyson is a lion. Hip or no hip issue he will run and run well. Frater’s second leg has not looked so dominant over the last two championships.

Yohan ran the third leg in the semis yesterday and does not run a good turn. However, he was not running at maximum speed. It’s psychology at play here. Here’s the reasoning behind this. Yohan can handle any runner from the U.S. on the turn except Tyson Gay and it is obvious Tyson will not be running the turn. Although Bolt on the turn is the most efficient running order. Bolt on the anchor leg intimidates Gatlin or anyone else who the U.S.A. uses.

It will come down to the anchor and Usain Bolt will run down anyone who is 5 or less meters ahead of him. if the margin is greater he will not catch them. But we cannot underestimate Bolt. Mr. Bolt is relaxed and will deliver if Yohan doesn’t hand over first.

Whoever wins it will be a World Record and the race will be EPIC.

All agree except Dulette and Lisette.