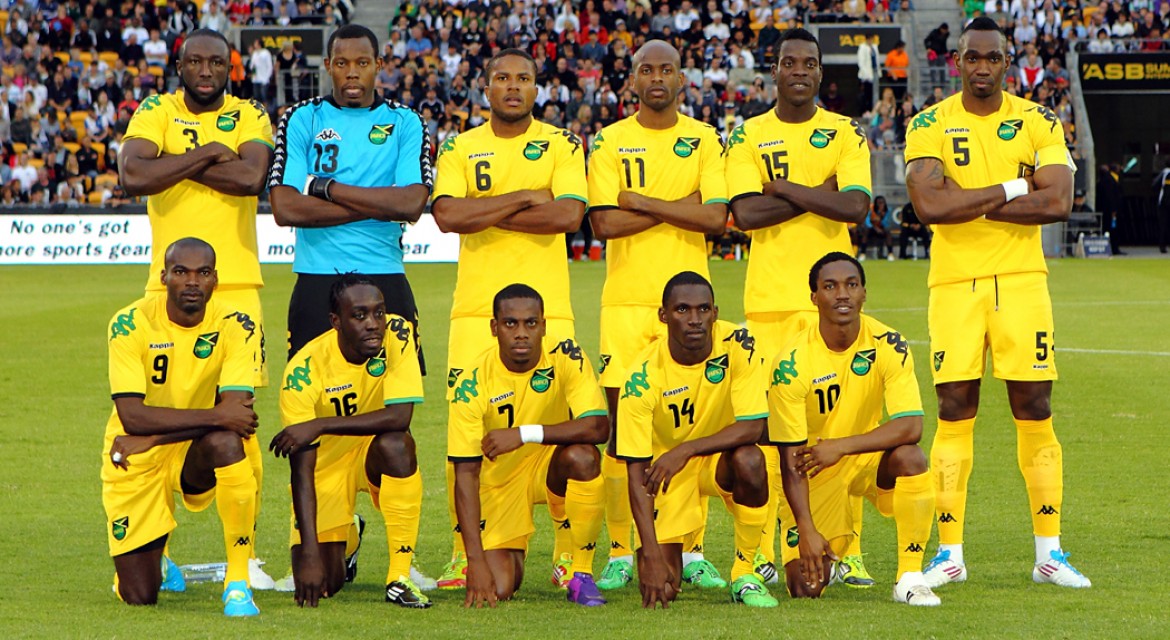 The Reggae Boyz Continued their World Cup Qualification Preparation with a 2-0 win over El Salvador in the RFK Stadium in Washington DC. Luton Shelton scored the brace which gave Jamaica the victory. Shelton brings his tally to 33 goals in 63 games for Jamaica. The Last Time Luton Scored for Jamaica was back in the 2011 CONCACAF Gold Cup vs Grenada.

Jamaica’s Luton Shelton (21) celebrates his goal with Ryan Johnson (9) against El Salvador during the first half of an international friendly soccer match, Wednesday, Aug. 15, 2012, in Washington (Photo: Nick Wass / AP)

The Jamaican’s started attacking from the get go and Luton Shelton no surprise, gave a wake up call to El Salvadorian Goal Keeper Dagoberto Portillo however he made a fine save in the early stages. Andre Campbell also got into the action moments later, however keeper Portillo was agile on the occasion. Jamaica made the break through in the 16th minute through a diligent build up of passes and Luton Shelton Calmly finished.

The El Salvadorians started to press higher looking for an Equalizer, however Shavar Thomas and Jermaine Taylor took the sting out of their attack.

El Salvador’s Victor Turcios (5) battles for the ball against Jamaica’s Ryan Johnson (9) during the first half of an international friendly soccer match, Wednesday, Aug. 15, 2012, in Washington (Photo: Nick Wass / AP)

A debut was handed to 21 year old Mercurial Talent Darren Mattocks in the midway point of the 2nd half and he showed his flair and his silky skills from early. He was able to find gaps in between the El Salvadorian defense and was a composed player on the ball and off the ball.

Jamaica got their insurance goal in the 66th minute when Shelton again got the goal. Dwayne Tarzan Miller also got into action with 3 brilliant saves from Romero and as a result of Miller’s stinginess Miller got his 17th clean sheet for Jamaica in 31 games.

Jamaica where hungry for more goals especially with the injection of Dane Richards and Obrian Woodbine Jamaica looked more a lethal threat. Ryan Johnson, despite his tenacious mentality, he could not add to the score sheet.

All in all it was an impressive win for the Boyz as they prepare for the USA in September. In a crowd filled with El Salvadorians, the Jamaicans did not surrender, but they took full charge and beat them.