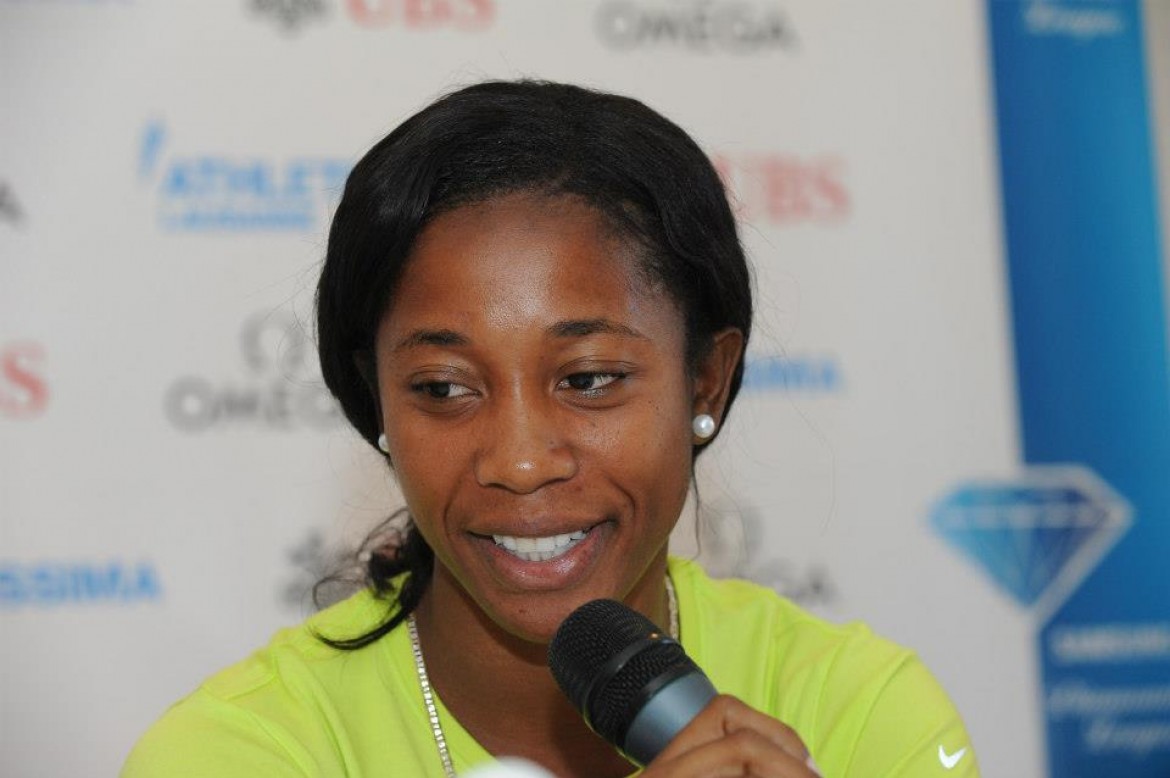 A stunning line-up of athletics talent brimming full with Olympic champion has been assembled for the Athletissima 2012 – Samsung Diamond League meeting which takes place tomorrow night (Thursday 23) in Lausanne.

“I am very excited to be here. I am feeling good, not sore after the London Games. You focus so much on the Olympics and then it’s over. But I am here, ready and looking forward to competing.”

“I went directly to our base camp in Venice, Italy. The season is on-going, I will return home when the season will be over. There will be a lot to celebrate for me, my Olympic title, my graduation in November, my birthday in December. My sponsors will probably organise something for me.”

“As for starting a family, I am still young and don’t plan it for the moment. When I’ll be ready, we’ll discuss it with my husband.”

“When I’ll have a child I would like to have a girl, with the name “Zalaty” (Shadow), a strong woman who overcame many difficult situations in life, I would like my child to follow her mother’s shadow.”

“There were three phases this year, the pre-season training, the Olympic Games and after the Olympic Games. The season is not over until I return home. I continue to train and to better myself.”

“Yes, I reached my goal of becoming a legend. I worked hard for it. Having reached my goals this season, I want to finish the season uninjured so as to be able to prepare the next season in the best condition.”

“Athletissima is a great meeting indeed and I am happy to be here again: usually great weather, great food, great public, one of the best tracks. When the conditions are right, a (World) record is definitely possible. But right now my priorities are to put on a good show and to finish the season uninjured.”

“As for gaining time, it is hard to say, it depends on so many conditions.”

“I have reached my goals this season. Yohan Blake is a great sprinter and should he run faster than me this season, it’s ok. Warren Weir has done well recently. I didn’t expect it at the beginning of the season but then I saw Warren progress. He has a great heart and is a great athlete.”

Next year’s World Championships are on Bolt’s agenda but definitely not over 400m, he added: “You will see me there. As for the distances, I don’t know yet.”

Blake asked which was his favourite medal said: “The 4x100m relay, because it is a team race and because of the World record. The relay is special, you give everything for the team, so yes, you sometimes run faster. We have an excellent coach who prepares us to run in all situations.

Recalling the Olympic 100m final: “It was a great race! Only one man on the world – the fastest – beat me. Only four years ago, I was still in High School and watching the Olympics on TV, so it was amazing for me to be among these athletes in London.”

Blake who is not expected to clash with Usain Bolt again this season, said: “I leave it to my manager to decide. Usain is my training mate and I love to race with and against him. My priorities are to always better myself and to defend my medals more than to beating Usain Bolt.”

by Dave Martin for the IAAF and the Samsung Diamond League