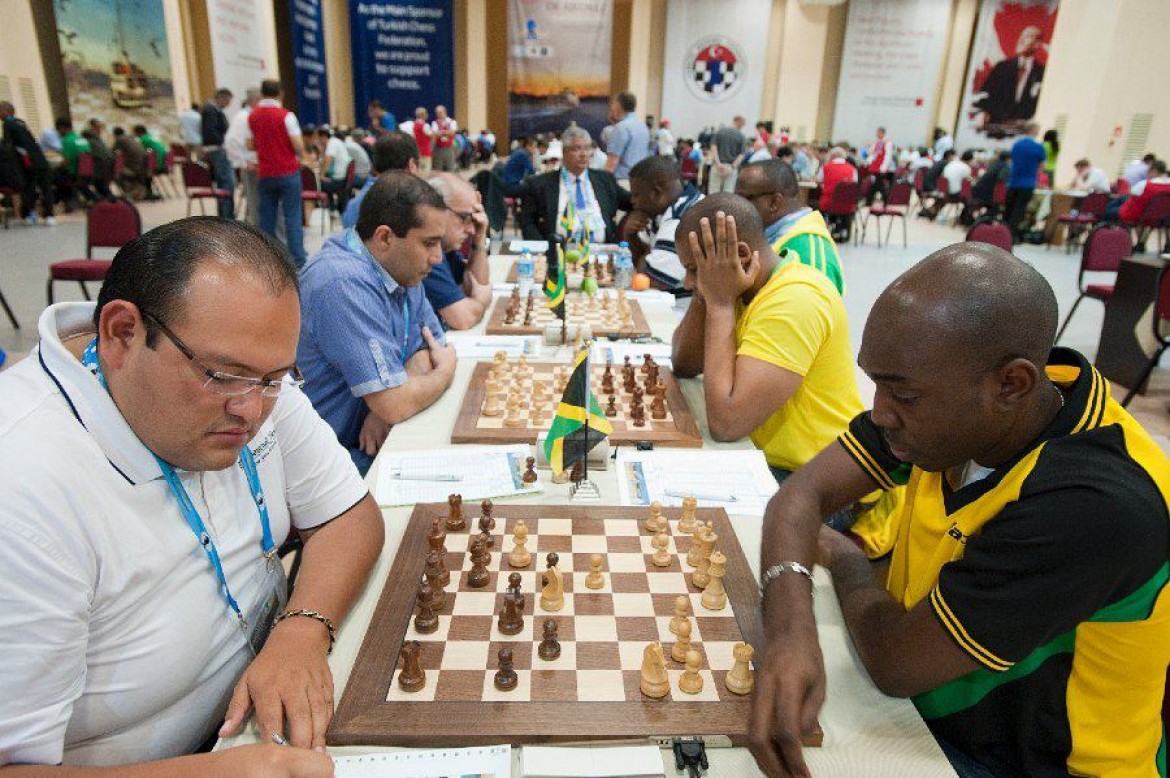 Jamaica lost 2½-1½ to Bolivia in the sixth round of the 40th World chess Olympiad in Istanbul, Turkey on Monday. Duane Rowe scored the only win for Jamaica on board 3, FM Warren Elliott and co-national champion Andrew Mellace lost on board 1 and 4, respectively, while IM Jomo Pitterson settled for an early 16 move draw on board 2.

Boliva took a 1½-½ lead over Jamaica when FM Elliott failed to solve the intricacies of grandmaster (GM) Osvaldo Zambrana’s Sicilian Defense, and was eventually tactically strangled by the Bolivian GM.

Rowe won his third game in a row for Jamaica to level the score as he dismantled Jorge Molina’s Caro Kann Defense with a strong mating-net, and promptly took home the full point by promoting a mere pawn to a second Queen.

In other notable Open section sixth round results, Trinidad and Tobago and Barbados were both crushed 3-1 by the Dominican Republic and Estonia, respectively; leaders Azerbaijan beat Croatia; Germany and the USA played to a draw; Russia drew with defending champions Armenia; Canada lost to Mexico; Cuba easily defeated Qatar; Haiti edged Namibia; and Bermuda beat Palau.

Jamaica suffered a surprising 3-1 loss to lower rated Suriname in the Women section. While ten-time Jamaica national champion, Deborah Richards-Porter, defeated Rosangela dos Ramos in the end-game on board 1, Krishna Gray, Hui Zhu, and Ariel Barrett all loss on boards 1, 2, and 3, respectively.

Jamaica women will also face Pakistan in the seventh round of the Women section, and joint-leaders Russia and Poland clash; USA against Belgium; Cuba oppose Belarus; its Canada and Malaysia; Trinidad and Tobago meet Namibia; and Barbados get a bye.

While Russia and Poland lead the Women section with five wins and a draw each, the United States are 18th; Cuba 43rd; Canada 71st; Trinidad and Tobago 114th; Jamaica 120th; and Barbados 123rd.

This will be the first meeting between Jamaica and Pakistan at the chess Olympiad in Open or women competition.