U.S. wants to ‘get bigger’ against Jamaica 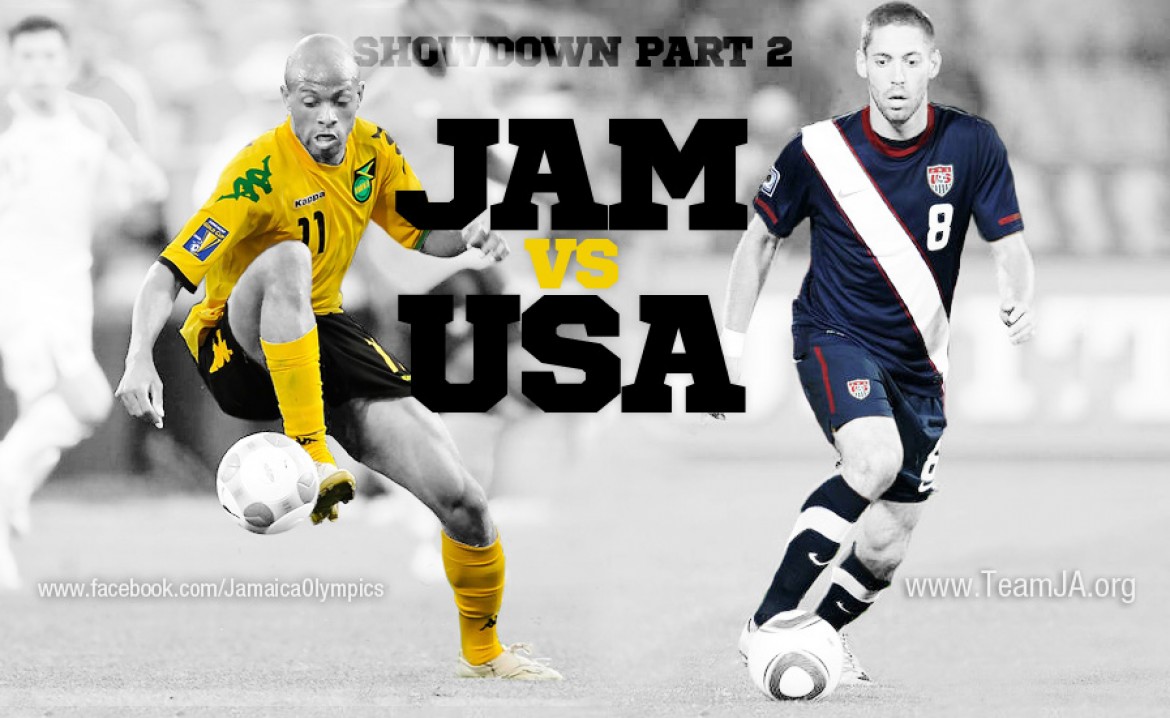 Hoping to contain the speedy Jamaica, the U.S. national team played a tight diamond midfield formation in a World Cup qualifier against the Reggae Boyz in Kingston on Friday night.

The result, perhaps partially due to an off-night by three of the four U.S. middies, was a 2-1 win for Jamaica that puts the U.S. in near-precarious position with three games remaining in the semifinal round.

It wasn’t that the fleet Jamaicans ran roughshod through the American defense. The U.S. did not allow Jamaica much of anything in the way of close-range scoring chances, minus the costly fouls by Kyle Beckerman and Jermaine Jones that led to free-kick goals from just outside the penalty area by Rodolph Austin and Luton Shelton.

The problem was the creation of chances, or lack of, by the U.S., whose narrow posture produced only two notable crossing attempts from wide positions on Friday. It was compounded by the injury absences of field general Michael Bradley and the always dangerous Landon Donovan.

But the Americans hope to change that in the rematch on Tuesday in Crew Stadium. They spent a lengthy portion of an open training session today working on finishing from wide positions.

“We’ll have to look at different formations and see what the manager thinks is best for us and how we want to play,” said U.S. forward Clint Dempsey, who played atop the diamond and underneath strikers Herculez Gomez and Jozy Altidore.

Dempsey deferred to coach Jurgen Klinsmann, of course, but it was obvious he wouldn’t mind seeing a new look on Tuesday.
“It was new to try the diamond, but we just need to look at the tape and see where things went wrong,” Dempsey said. “We need to get the ball out wide and get crosses in and create more chances if we’re going to score goals. We’ll have to look back and see where we went wrong if we decide to continue with that formation.”
Altidore, meanwhile, said the U.S. must play “free-form.”

“I thought it was a bit central,” he said. “We tried to play a style to keep possession and it didn’t work. We just have to keep moving. We’ve got to create width. I think that was something we didn’t have on (Friday). We all kind of sat in the middle and tried to play through the middle. It didn’t work, so we’ve got to make the pitch bigger. Spread out a bit more, try to interchange and play much quicker. I thought we were too slow with the ball. Take fewer touches and move the ball.”

Klinsmann was not made available to the media today. He will give a press conference on Monday before the U.S. trains again in the afternoon.
Free kicks
–Today’s open session in Crew Stadium drew a crowd of more than 3,000. The public sessions, a U.S. spokesman said, have become a staple under Klinsmann, who puts high importance on the connection between the team and its fans. They will continue to be held before every U.S. home game “unless there is a reason we can’t,” the spokesman said.
–The morning practice was as much a pep rally as a training session. Emcee Allen Hopkins introduced the team to the crowd and interviewed Klinsmann and Dempsey. Former U.S. defender and Crew brand ambassador Frankie Hejduk led cheers. “Columbus has always been good to us,” Dempsey told an adoring crowd.
–The American Outlaws supporters group will join with the Crew Supporters Union and the Hudson Street Hooligans to throw a pregame party on Monday night and a massive tailgate party on Tuesday. Monday night’s shindig (6 p.m. start) will be held at 4 th Street Bar and Grill (1810 N. 4 th). The public is also invited to Tuesday’s tailgate, which will be held near the southwest corner of the stadium (northwest corner of GA parking). The groups have procured a giant viewing screen so those without tickets to the sold-out game can watch on site at the tailgate.
–The U.S. is 5-0-3 overall and 4-0-2 in World Cup qualifiers in Crew Stadium. The U.S. tied Jamaica 1-1 on Nov. 17, 2004.
–With three games remaining in the round, Jamaica (2-0-1, seven points) leads the qualifying group, followed by the U.S. and Guatemala (1-1-1) and Antigua and Barbuda (0-2-1). The top two teams advance to the final round of CONCACAF qualifying for the 2014 World Cup. Dempsey: “It’s a must-win.” Altidore:  “We have to win. I think everybody feels that a little bit. If we don’t win on Tuesday It gets pretty scary.”
— Jamaica’s win in Kingston on Friday was its first in 18 games against the U.S. … Goalkeeper Tim Howard (lower right leg contusion) did not practice but is expected to play. … Defender Steve Cherundolo (calf) returned to practice after missing Friday’s game. … Defender Clarence Goodson is suspended (yellow-card accumulation) and left Columbus this morning. … Longtime U.S. captain Carlos Bocanegra, held out on Friday, could replace Goodson. … Nick Rimando of Real Salt Lake replaced Chicago Fire goalie Sean Johnson as the No. 3 keeper on the U.S. roster.
–Shawn Mitchell