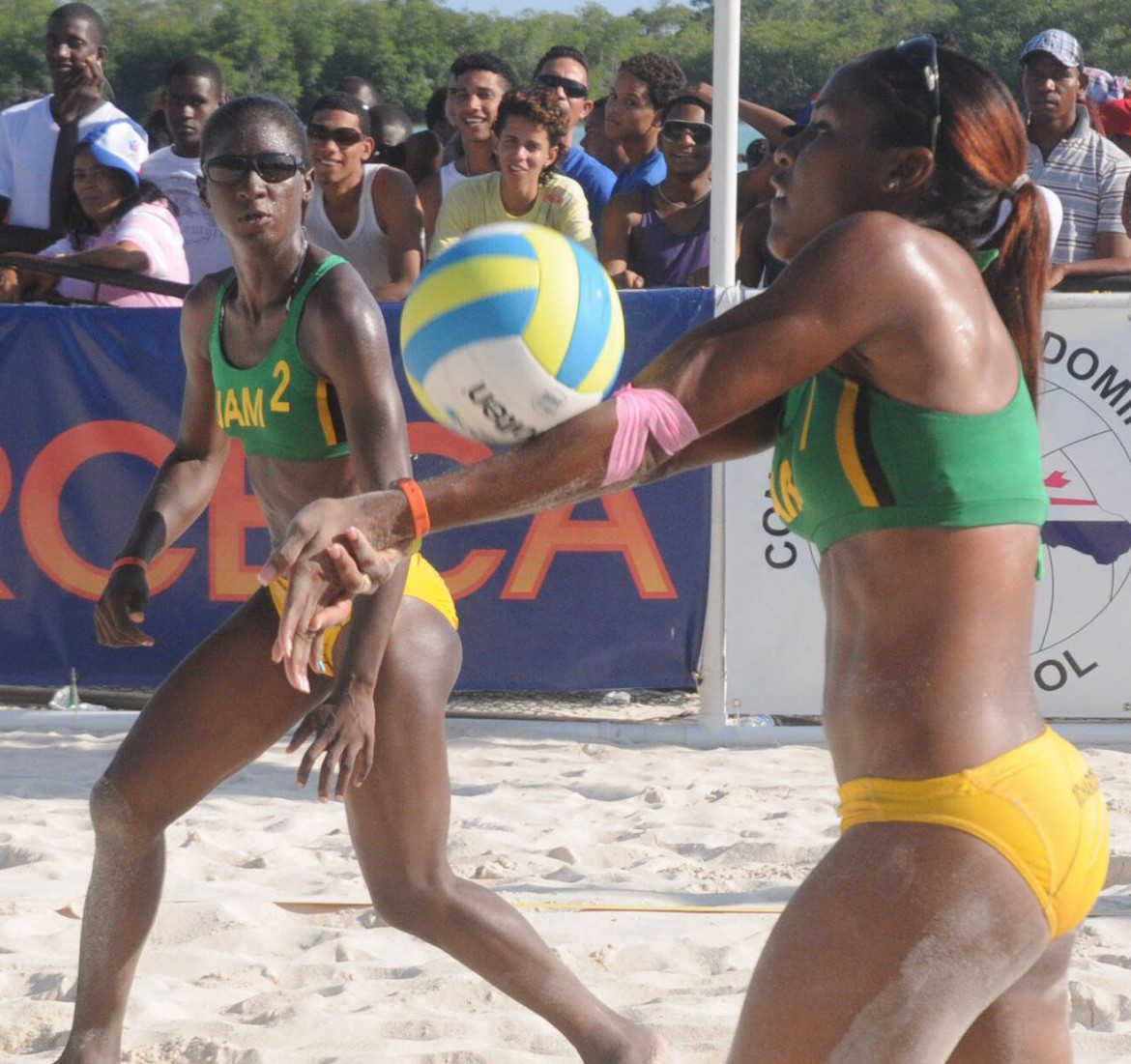 20 male and female teams from across the island matched wits and technical prowess, as they tried to secure one of the 6 vacancies in each gender category for the Just Bet/TvJ SN Beach Volleyball League scheduled to start on October 6 at the same venue.

Following the Play-off, the male and female teams that qualify to the League will compete over the period of 4 weeks, on Saturdays and Sundays . After a preliminary round, teams will then play semi-finals and culminate with the finals on November 3. The League will also be used as the main premise for selecting players to represent Jamaica at international tournaments.

Major Warrenton Dixon, President of the Jamaica Volleyball Association, said that the major focus of JaVA at this juncture is to ensure that the sponsors get value for money.

The UWI pair, Richards and Daley, took home the women’s title, defeating the team of Nardrake Hutchinson and Tsahai Williams in the final 21-15.

Meanwhile Brown and Richards got the better of Christopher Walters and Peter Wright in the men’s championship game 21-15.

The Qualifier and League are title-sponsored by Just Bet and TvJ SN, who have come fully on board with JaVA to secure the success of this inaugural staging of the event.