Jamaica bulldoze through England to level the Series 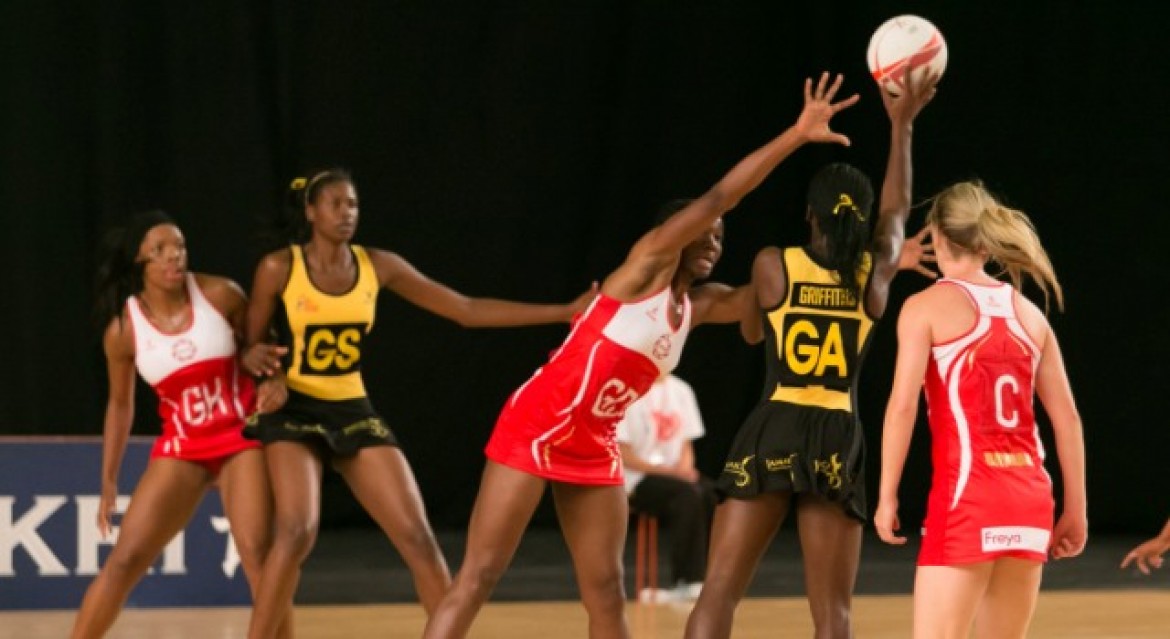 Jamaica bounced back from an opening defeat to secure a hard fought win over England in Liverpool this evening and level the International Netball Series heading into the final game on Wednesday. The hosts failed to take the lead in the whole contest and will rue a number of missed chances to get a foot back into the game while the Sunshine Girls showed a renewed passion and physicality to nullify their opponents.

It was a lightning start from the Caribbean side as patient work around the circle allowed Jhanielle Fowler to open the scoring. Fowler preferred to start at GS in place of Romelda Aiken who had to settle for a place on the bench. Within a couple of minutes the lead had stretched to 4-0 as Rosie Allison showed some early nerves and rattled the ring. The youngster was starting in place of Joanne Harten and was certainly feeling the pressure early on.

The opening goal for the hosts came from Pamela Cookey as Serena Guthrie interlinked with Sasha Corbin to provide the chance for their captain, it was a reversion back to the excellent passing and movement which had proved so fruitful on Friday in Birmingham. Allison was starting to grow into the quarter and showed her potential with some silky mid-range shooting to help England stay within touch. The pressure being shown by both defences was admirable and the tussle between Fowler and Eboni Beckford-Chambers was an indication of things to come. At the end of the opening quarter, the Sunshine Girls edged 14-12 ahead.

Anna Mayes rang the changes for the second quarter with Allison moving to GS and Harten coming on at GA. Layla Guscoth made her debut at GD while Cookey replaced Corbin at WA. Fowler opened the scoring before Harten started as she had ended the previous match, with a sumptuous finish from the edge of the circle; if they made vegetables half as tasty as Harten’s shooting, the whole country would be tucking into their five a day.

England were pressing across the court a lot better at the start of the quarter and were forcing the visitors into mistakes but occasion after occasion they would fail to convert on their centre-pass to level proceedings and this started to frustrate the home crowd. With Mayes’ side struggling to make that all important breakthrough, Aiken was introduced after a medical time out and the Caribbean side started to pull clear. The physicality continued on and off the ball as Sara Bayman was felled for a second time away from play. However, the tactic was working and Jamaica led 25-20 at the interval.

The start of the second half saw Agbeze back on at GD and Guthrie swap places with Bayman. Allison was unlucky to see an early effort bounce back out but England were misplacing passes in the final third and the Jamaicans were not in a forgiving mood. The attacking quartet of Fowler, Aiken, Nadine Bryan and Patricia McCalla were combining fluently and finding space to create chances. In the blink of an eye the lead was up to seven.

Slowly England started to build pressure and force turnovers, one such move ending with Harten fabulously finding Allison with a split second mid-air feed to allow the shooter to net. A rare miss from the Sunshine Girls gave the momentum back to the hosts as both shooters nailed respective attempts. The gap was down to four approaching the end of the third quarter.

The crowd were now roaring with delight as the comeback was threatened but as witnessed earlier in the game it seemed to be a case of one step forward, another two back. Lindsay Keable was introduced following an injury to Agbeze and the Hertfordshire Mavericks defender made a terrific interception only for the resulting attempt to be missed and for Jamaica to then punish the error. A footwork call on Guthrie saw a last minute turnover for the visitors and they quickly doubled up to regain control at 38-31 heading into the last fifteen minutes.

With one quarter left to salvage a result, Mayes threw on Corbin at WA and moved Cookey into GA as Allison was sacrificed. An instant result was had, as a lovely feed from Corbin found the captain in space to score. It was a storming start to the final quarter from the home side as Bayman and Beckford-Chambers both made crucial defensive tips. The only negative being a crude challenge on Cookey which had the England captain lying on the floor in pain having taken a blow to the midriff.

After a couple of minutes treatment she was back on her feet and driving the side forward once again and suddenly with ten minutes remaining England were back to within one and back on centre pass at 38-39. The fans in Liverpool were on the edge of their seats and creating an incredible atmosphere but then in the space of two minutes the hosts twice failed to convert their centre pass to level proceedings and gain the momentum. On each occasion Jamaica scored and pushed back into a three goal lead and this time it was not just Cookey, but the whole team who had the wind knocked out of their sails.

As the clock ticked down the Sunshine Girls played some excellent retention netball and held their nerve under the post to keep England at bay and nullify the attacking threat that had come so close to producing a stunning fight back. The teams traded scores as the final whistle approached and it was the consistently dangerous Fowler who placed the final nail in the England coffin as her last effort sailed through the net to take the Series to a decider in Sheffield on Wednesday night when battle will recommence.