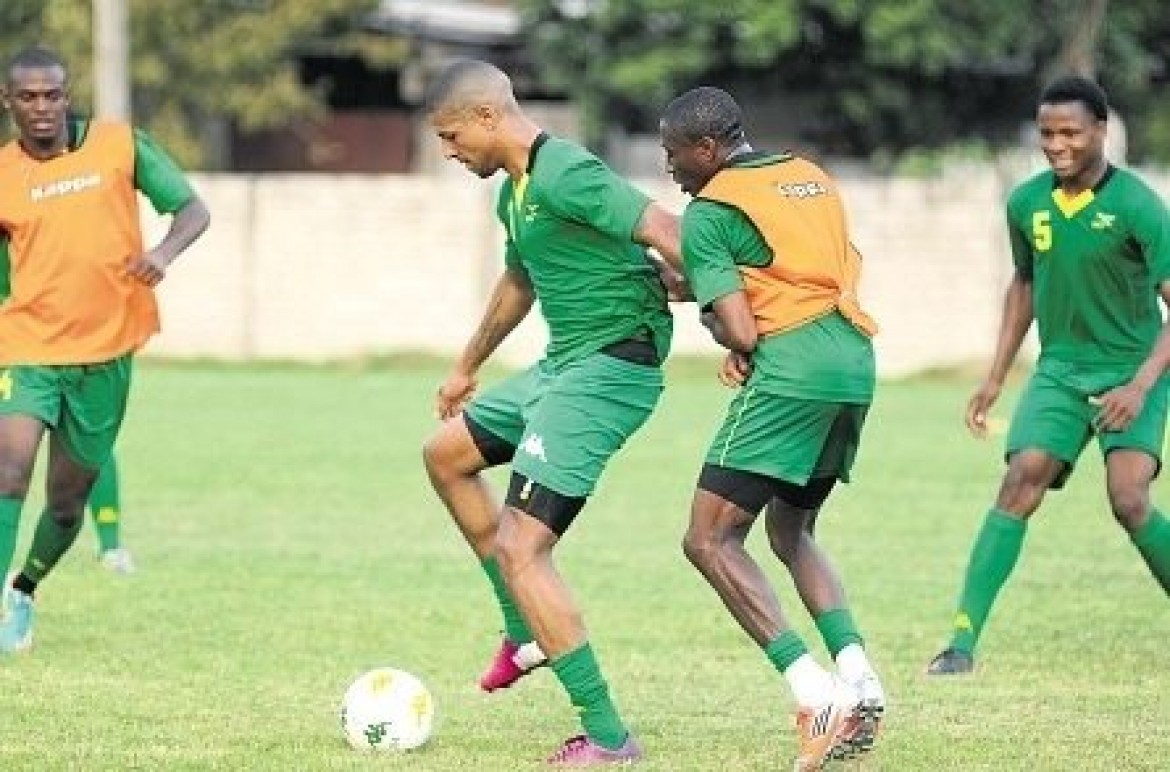 Huddersfield striker Jermaine Beckford says he is fit and ready for CONCACAF World Cup Qualification battle against Panama on Friday at the National Stadium. Match time is 8:30 p.m.

Beckford could make his international debut for Jamaica after he was replaced in the squad that played against Mexico last month at the high-altitude Azteca Stadium.

The 29-year-old was ruled out after sustaining a hamstring injury in an English Championship game against Crystal Palace late January.

Having recovered from injury, Beckford played the last 20 minutes for his club against Leeds United on Saturday. That was his first game since the injury that kept him out for six weeks. Now Beckford says he is ready.
I played on Saturday for about 20 minutes against Rodolph Austin (Reggae Boy) at Leeds and it felt good. Now I am fit, ready and confident. I can’t wait to score goals for Jamaica,” he told The Gleaner at the Reggae Boyz’s first training session since regrouping at UWI yesterday.

“Nobody has higher expectations than I have for myself in terms of coming out and putting on a performance and doing what I have to do in the game,” Beckford confidently stated.

Although this is Beckford’s first time with the Jamaica senior team, he has played with and against some of them in England and he has spoken to the others.

“I am really excited about getting out there with them and add to what they are doing and what they have done so far,” he added.

“The guys are brilliant. It’s amazing. We are all in it together. We have the same common goals. We are on our way, exactly where we want to be. We know where we are and we know how to get there,” said Beckford, who arrived in the island with other Reggae Boyz on Sunday.

He revealed that he watched the opening game in the CONCACAF hexagonal against Mexico while he was in England recuperating from the injury. Jamaica battled to a hard-fought 0-0 scoreline, which was the first time they gained a point in Mexico in WCQ.

“The game against Mexico was very good. I was impressed. Everything was spot on. I was a little bit disheartened not to be there. We were unfortunate not to have won the game, as we had some good chances to score. Any other day we would have beaten them 2-0 or 3-0. It was just one of those days,” Beckford said.

Looking ahead to the game on Friday night, Beckford said: “We did a good job against Mexico, but at the same time, we can’t underestimate the lower teams, the teams that are not expected to do as well as the Mexicos. So we are expecting ourselves to work really hard, we are expecting ourselves to play a really good game. Tactically, we will be ready, mentally and physically we are going to be ready for action on Friday,” he said.

Goalkeeper Dwayne Miller gathers the ball just ahead of new Reggae Boy Lloyd Doyley, who skips over, during yesterday’s practice at the JFF Technical Centre. Closing in on the action (from second right) are Adrian Mariappa and Ryan Johnson.

“I am glad that I am here. I am glad the Boyz are here. I can’t wait to see the crowd, ’cause for me, being a part of the team, the crowd is like a 12th man. We want to have the crowd on our side, the crowd cheering on our every move; it’s like having that extra man on the field to make our job easier.”