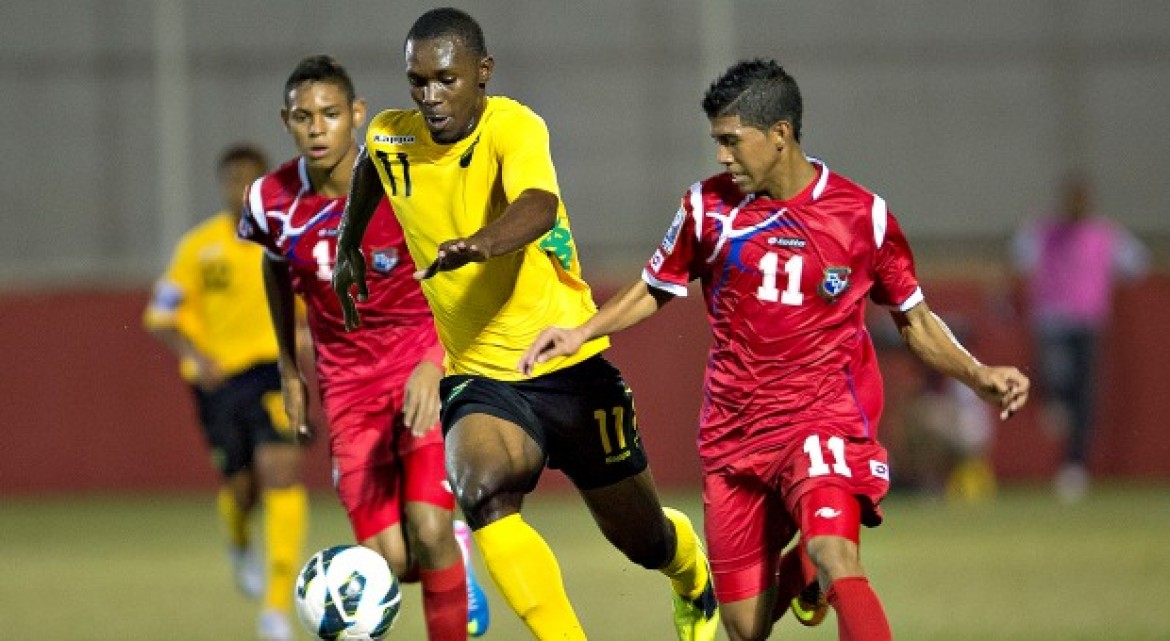 LA CHORRERA, Panama – Miliciades Molina scored in second-half stoppage time to give host Panama a 1-1 draw with nine-man Jamaica on Saturday in the Group A opener for each at the 2013 CONCACAF Under-17 Championship.

The late equalizer thrilled the capacity crowd at the Estadio Agustin “Muquita” Sanchez, but disappointed the young Reggae Boyz, who nearly held on for victory despite ending the encounter two players short.

In front of its home supporters, Panama attacked from the opening whistle.

Within 59 seconds, Luis Zuñiga attempted a bold bicycle kick that did not land far from its intended target.

In the 25th minute, a Zuñiga strike from 30-yards out fell to the feet of an unmarked Ismael Diaz inside the Jamaican box. The 15-year-old turned and shot. His effort from 12 yards, however, was well saved by goalkeeper Nicholas Nelson.

The Canaleros would regret that miss 15 minutes later, as Junior Flemmings netted from the penalty spot to give the visitors a 1-0 lead, after Micahel Seaton was taken down by Felix General.

Panama showed no signs of letdown, starting the second half robustly.

After breaking into the Jamaican box alone, Ismael Diaz would have equalized in the 54th minute if not for Nelson’s tremendous, outstretched stop.

Once again, the Jamaicans used a Panamanian near miss as motivation.

A shot from Khallil Stewart hit the post in the 57th and, just minutes afterwards, a Flemmings attempt rolled just wide of an open net as Panama goalkeeper Jaime De Gracia strayed out his box.

Rather than Panama being punished, Jamaica would go down a man in the 68th minute, when Ryan Miller was issued a red card.

As the half wore on, the Jamaicans started to fatigue, but still looked in control.

Then, one minute into injury time, Ervin Zorrilla – who two minutes earlier agonizingly misfired wide with only Nelson to beat – shot off the Jamaican goalkeeper’s finger tips. The ball crashed off the crossbar, allowing Molina to head home, much to the delight of the Panamanian faithful.

In the next Group A match, Jamaica will meet Barbados on Tuesday.