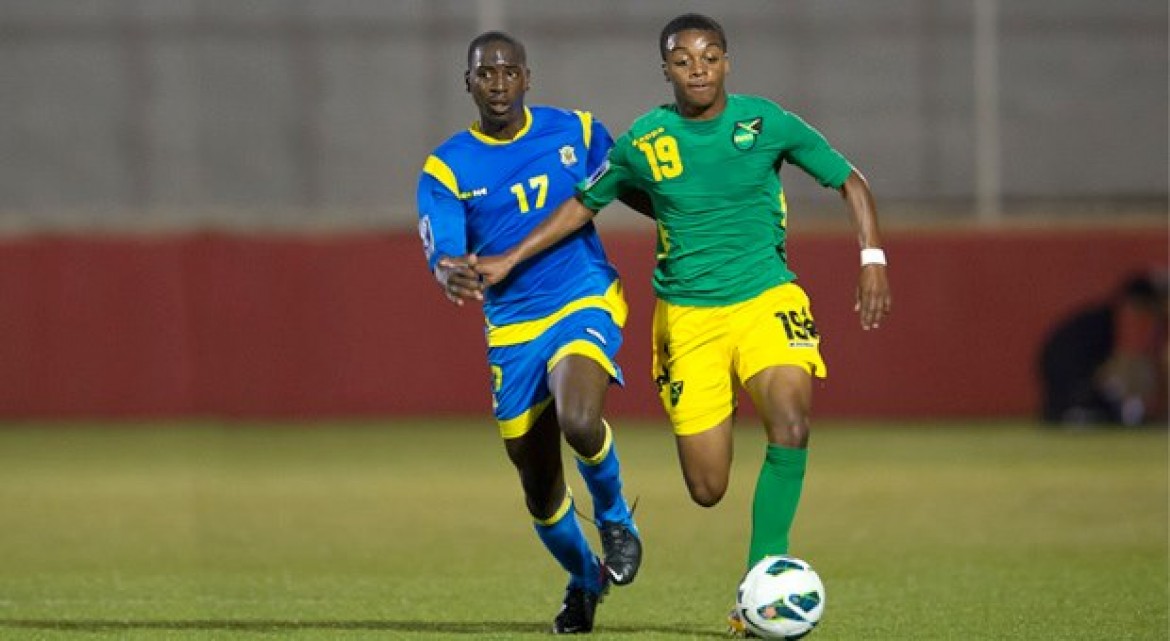 LA CHORREA, Panama — Barbados twice rallied from one-goal deficits to register 2-2 draw with Jamaica in a Group A game of the 2013 CONCACAF Under-17 Championship at Estadio Agustin Muquita Sanchez on Monday night.

The tie kept both Caribbean teams alive for a quarterfinal berth. The Barbadians (0-0-1, one point) can book a spot in the knockout round with a victory over host Panama (0-0-1, one) on Wednesday night. The Reggae Boyz (0-0-2, two) can advance if either team wins. The top two teams in each group reaches the quarterfinals.

In a lively and entertaining first half in which defense seemed to be a forgotten craft at times, both sides attacked freely and often, keeping both goalkeepers on their toes.

The Jamaicans dominated the early minutes and quite fittingly drew first blood in the seventh minute, converting a counterattack some 19 seconds ater goalkeeper Nicholas Nelson saved a Barbados shot. Raffique Bryan raced into the penalty area, beat two defenders and chipped keeper Keon Harding from 12 yards for a 1-0 Jamaica advantage.

The goal seemed to wake Barbados up from its slumber as it mounted several offensive attacks. The Caribbean side came close in the 12th minute when Edward Okey placed a point-bank attempt from three yards over the net.

Five minutes later, however, the Barbadians were celebrating a goal of their own. Shaquille Boyce burst into the area and powered a 12-yard shot past Nelson to level the score at 1-1.

The Reggae Boyz retook the lead in the 38th minute after Okey was called for a penalty kick by referee David Rubalcaba of Cuba. Okey grabbed hold of the green shirt of Michael Seaton outside of the box and continued to keep his grip on the jersey before he pulled down the Jamaican in the area.

On the ensuing penalty, Junior Flemmings fired a line drive into the upper right corner past Harding for a 2-1 lead and his second goal and penalty conversion of the competition. Flemming had tallied in Jamaica’s 1-1 draw with host Panama on Saturday. As it turned out, Seaton also was fouled against Los Canaleros to set up Flemmings’ first penalty kick.

Barbados equalized a second time in the 55th minute. Sebastian Hunte knocked a long-range header off the crossbar and an unmarked Skakille Belle found himself in the right place, several yards out to the left of Nelson and he had an easy rebound for a 2-2 deadlock.

Nelson, tested with several crosses, came out of the net to make a kick stop on Boyce in the 70th minute at the top of the penalty area before gathering in the ball.