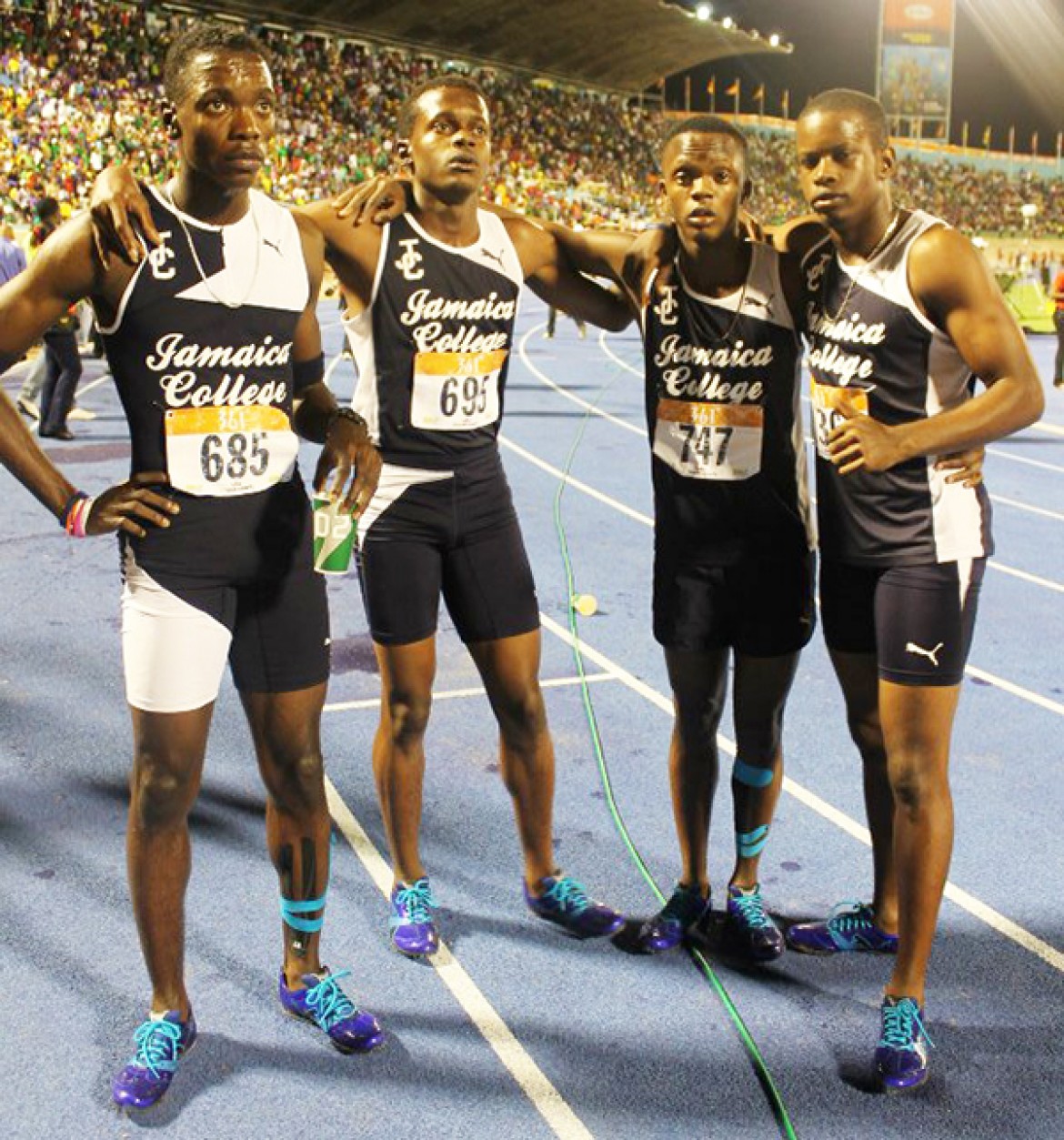 Gore Development Limited has contributed $200,000 to assist Jamaica College’s (JC) track and field team to compete at the annual Penn Relays at the University of Pennsylvania, Franklin Field, Philadelphia, in the United States from April 25-27.

“I am pleased to be here on behalf of Gore Development and Mr Phillip Gore in particular to make a contribution to JC’s track and field team to go to the Penn Relays,” Ruthven Ottey, Gore Development’s general manager, stated at the short presentation ceremony during JC’s devotion yesterday morning inside the Karl Hendrickson Auditorium at the institution’s Old Hope Road location.

“JC is very special to so many persons. Our track team has done very well at all meets during the season, so this will encourage us to continue the good work,” Reid said.

JC’s sports master Ortis Wynter said the contribution made by Gore Development is very significant as the school had a budget of almost $2 million to cover travelling and accommodation for a team of 26, including coaches, to the Penn Relays.

Kyle Robinson, JC’s track and field team captain, said he was also grateful for the contribution. “It is overwhelming help in these tough economic times facing our country. It is a great feeling knowing that we will be able to carry a full strength team to not only represent JC but Jamaica as well,” Robinson said.

The JC contingent is scheduled to depart next Wednesday for the three-day meet.