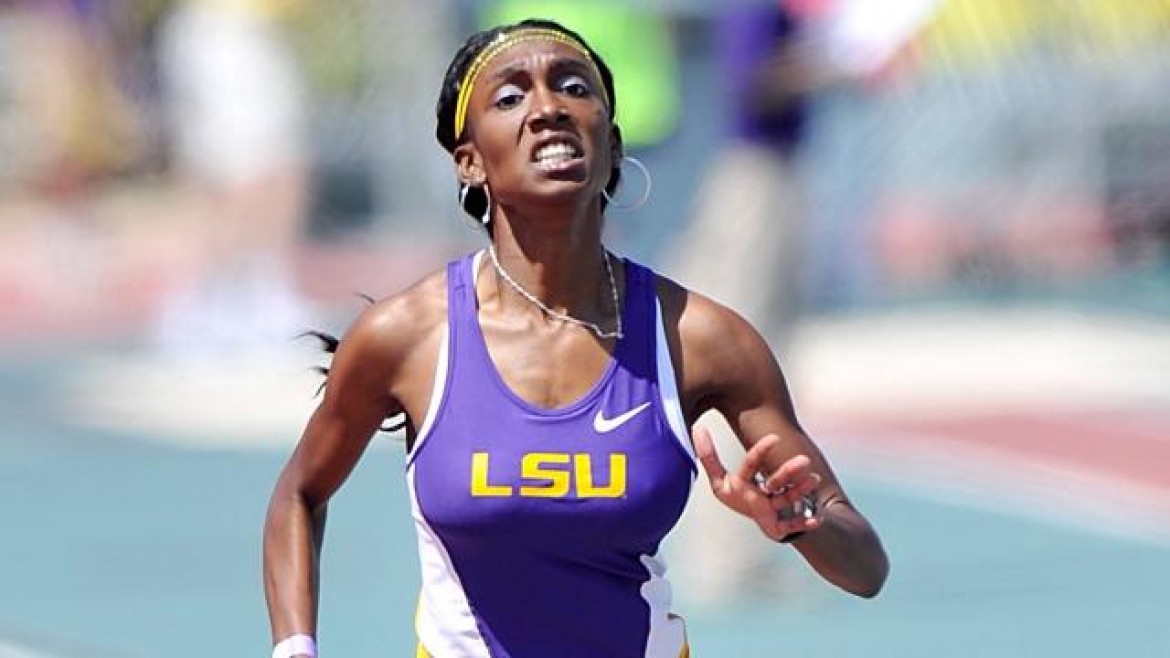 FORMER Manchester High school middle distance standout, Natoya Goule continued her dream debut season at Louisiana State University (LSU) over the weekend, with another impressive showing on Saturday in the 800m, posting a world leading time of 2:00.76 to win at the Alumni Gold Meet.

Goule, a two-time IAAF World Junior Championships representative for Jamaica, in winning the two lap event, eclipsed her previous best of 2:01.18, which was the previous world lead and also posted a stadium record, removing Neisha Bernard Thomas’ mark of 2:00.77, set in 2010.

She captured the event ahead of Latavia Thomas (2:02.72) competing for Nike with third going to Goule’s teammate, Charlene Lipsey in 2:03.13.

At the same meet, it was second-place finishes for Nikita Tracy and Demar Forbes. Tracy, the elder sister of Racers athlete Ristananna, gave a glimpse of her good form from several years ago, finishing second in the women’s 400m hurdles in a personal best of 56.51 seconds, to be the third fastest Jamaican so far this season in the event.

Olympian Forbes was the runner up in the men’s long jump for LSU with a distance of 7.63m as Jeremy Hicks won with a wind aided 8.31m effort. Former Wolmer’s Boy’s jumper, Kamal Fuller, representing the University of Alabama was third with 7.49m.

Former Immaculate High sprint hurdler, Kimberly Laing scored a big win in the women’s 100m hurdles at the War Eagle Invitational meet on the campus of Auburn University on Saturday. The former Carifta Under 20 representative stopped the clock at 13.09 seconds for the win.

Olympian Kerron Stewart was a runner up in the women’s 100m at the same meet. Stewart, who two weeks ago had a good win in the 400m, lost narrowly to Shenique Ferguson of The Bahamas. Stewart ran 11.27, behind Ferguson (11.26) with 2012 Carifta Games Austin Sealy Award winner, Anthonique Strachan also out of The Bahamas running third in in the event in a modest 11.47 seconds.

Veteran Danny McFarlane showed that he still has some fight left in him as at the University of Kansas Relays on Saturday he had a top-three finish in his pet event, the 400m hurdles, finishing third in 50.39 behind winner, Bershawn Jackson of the United States in 48.20 seconds.