UTech, UWI, GC Foster in the mix at Penn Relays 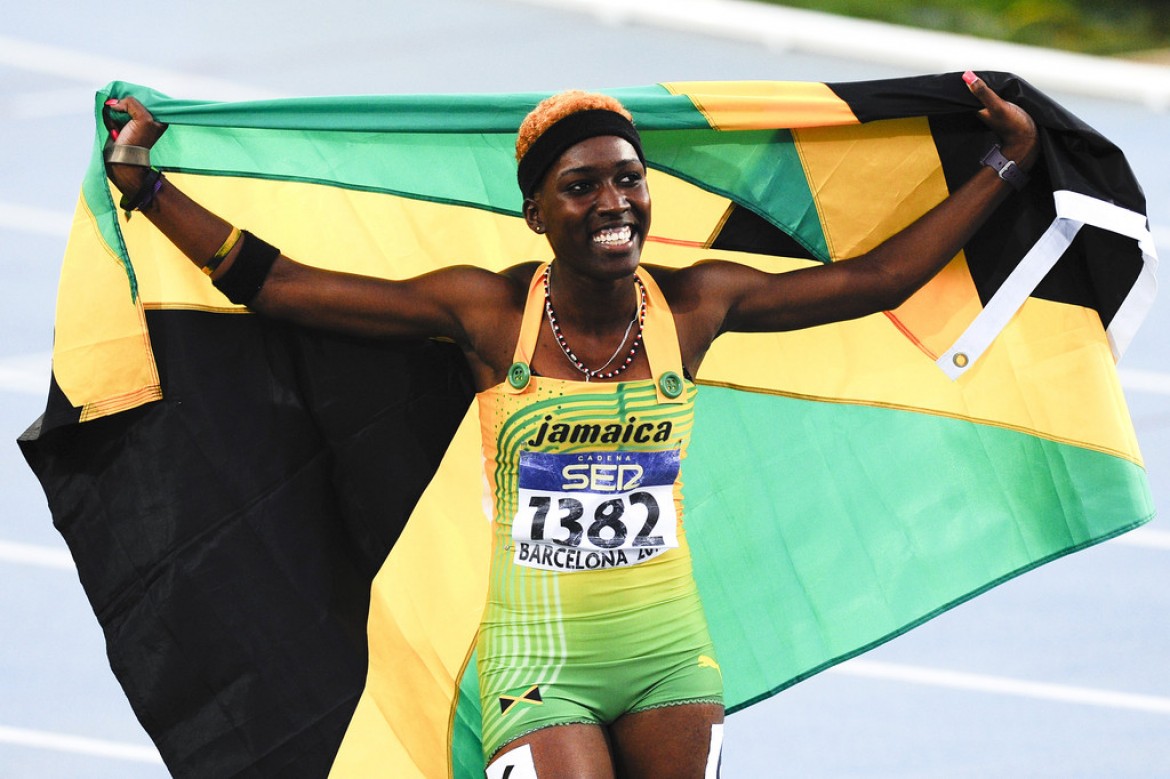 Unlike our extremely successful high-school teams, our colleges have tougher times at the Penn Relays.

However, 10 years after a historic first win by a Jamaican college at Penn, the University of Technology (UTech) is primed for speed in Philadelphia. The UTech Knights are the defending college men’s 4×200-metre relay champions, and Carrie Russell is in form in time to repeat as 100-metre winner.

In addition, the University of the West Indies’ (UWI) Traves Smikle is favoured in the colleges’ men’s discus.

Early in February, a UTech quartet of Tyqueando Tracey, Andrew Fisher, Julian Forte and Nicholas Watson combined to run the 4x100m in 38.80 seconds at the Milo Western Relays. Since the US outdoor season has begun, only Texas A&M University has bettered the UTech time with its own fast run of 38.64.

UTech has come close in this event before. In 2003, an Asafa Powell squad had baton problems in the 4×100, but recovered to win the 4x200m. Last year, a baton fumble left UTech second, but again was the lead-in to a 4x200m victory.

Injured while leading the 2012 World Junior Championships 200m final, Forte brings good karma to Penns. He was on winning Wolmers’ teams there in 2010 and 2011, and helped UTech to success last year.

He and Fisher are entered in the college men’s 100m, which was won last year by Jacques Harvey, who was a student-athlete at UTech at the time. Harvey’s win was part of a UTech 100-metre double.

Russell did the other half of last year’s double and, at the UTech Classic, the 2011 World University Games winner clocked 11.07 seconds. A big clash with English Gardner of the University of Oregon, who has run 11.00 in California recently, won’t happen. Gardner and Oregon will be at the Penn Relays, but she is concentrating on relay duties.
[hr]

A big win at the VMBS Intercollegiate Championships shows that Smikle is adjusting well enough to life at university. The former Calabar standout won the discus with a season’s best at 63.48 metres. On paper, that puts the London Olympian ahead of the Penn Relays field. He can’t be complacent, as Rodney Brown of Louisiana State University comes in with a mark of 62.88. No Jamaican has ever won the college men’s discus.

Smikle isn’t the only Jamaican thrower in the mix. Intercol champion shot putter, Raymond Brown, of G.C. Foster College, has pierced the 20-metre barrier and has some international experience. His best throw is 20.13 metres. If he can manage that in the expected sub-20 temperature, the Bridgeport giant could see off 19-metre throwers Stephen Mozia of Cornell and Darnell Hall of Penn State.

Minor injuries blunt the prospects in the college women’s 400-metre hurdles. World junior champion Janieve Russell, now at UTech, missed the Intercol Champs and will start her 2013 hurdles campaign at Penns. The 2012 Intercol winner, Rushell Clayton, is also on the way back from an injury niggle. Clayton ran 58.55 for The Mico University in 2012 and is now a student-athlete at UWI.

One of Nikita’s former Edwin Allen teammates, Kimberly Williamson, goes in the high jump. Now at UWI, the 2011 national senior champion is back from a minor injury and could give a good account of herself.

UTech women have twice won the college women’s 4×400-metre relay and again, the Lady Knights have a fine team. With the impressive Stephanie McPherson on anchor, UTech won at the Western Relays, Gibson Relays and at Intercol. If Russell is 100 per cent, UTech could go faster than their Gibson winning time of three minutes, 32.19 seconds. McPherson hasn’t gone flat out on the last leg, but she’ll need to at Penns. Texas A&M, LSU and Oregon are all dangerous.

McPherson’s male 4x400m counterparts probably won’t win. Texas A&M and their Olympic relay bronze medallist Deon Lendore of Trinidad and Tobago are too fast at three minutes, 02.65 seconds for that. Nevertheless, look for a fine run from Rusheen McDonald of UTech. In the Gibson heats, he ran the fastest 4x400m relay split by a Jamaican this season – 44.7 seconds. If he gets it close, the muscular 21-year-old could make a big impression.

Usually, the high schools make off with lots of Penn awards, with our colleges along for the ride. Things are changing. Ten years after that Powell-inspired 4x200m win in 2003, UTech, UWI and G.C. Foster College are all within reach of victory at the 119th staging of the most famous relay carnival on Earth.