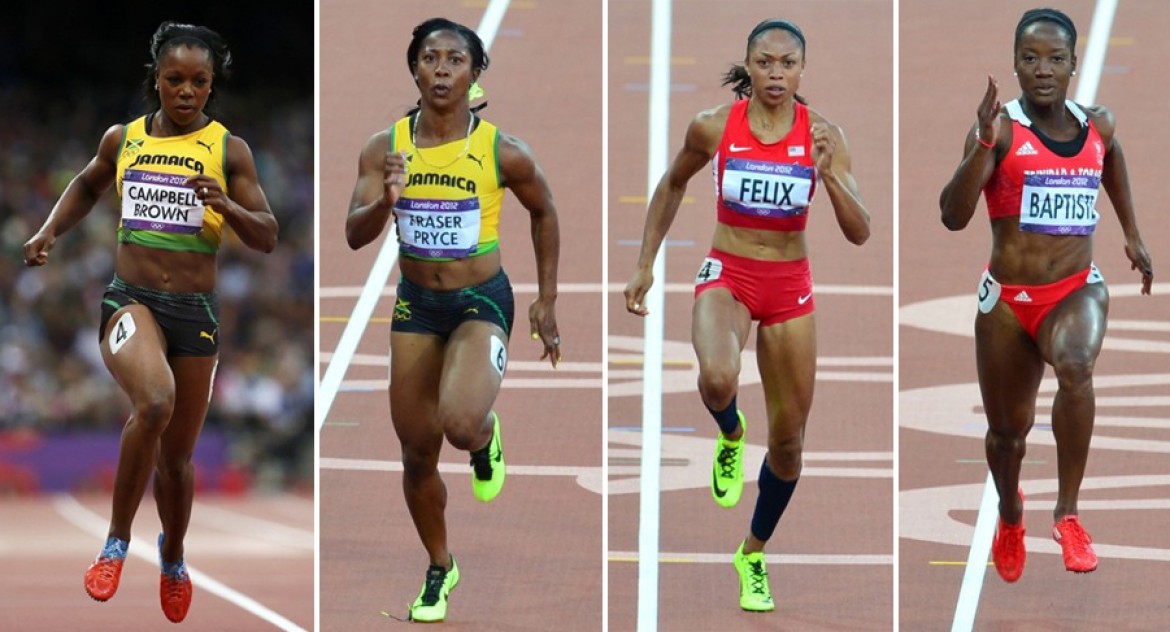 [hr]
Jamaica’s Veronica Campbell-Brown and USA’s Allyson Felix clash over 100m should be the highlight of the Jamaica International Invitational, an IAAF World Challenge meeting, in Kingston on Saturday.

Campbell-Brown and Felix have faced each other over 100m on seven occasions with former crossing the line in front six times, three of which came in the USA.

Both will meet in Jamaica for the first time and Campbell-Brown, who is considered the reigning queen of Jamaican track and field, will want to give local fans something special to remember.

Felix, who will be running in Jamaica for the first time since the 2002 World Junior Championships, said, “I am happy to be back in Jamaica since 2002 World Junior and I am really looking forward to it. We (Felix and Campbell-Brown) have always had good battles over the years and this time is no different,”

Campbell-Brown added: “It’s always a pleasure and it’s always so much fun and exciting to compete at home so I’m looking forward to entertaining all the fans that are coming out to support us.”

Both women have also enjoyed tremendous success on their countries’ 4x100m Relay teams.

Trinidad and Tobago’s 2011 World Championships 100m bronze medallist Kelly-Ann Baptiste, who was sixth in the event in London last summer, and Ivory Coast’s US-based Murielle Ahoure are the other two big names to line up alongside Felix and Campbell-Brown in the 100m.
[hr]

Jamaica’s Kerron Stewart, the 200m bronze medalist at the 2008 Olympic Games, will also be running.

Stewart pointed out that she is yet to really start doing speed work. “I am just going down there to have fun and compete, as once you are at home you can’t help but get into that zone,” said Stewart, after helping Jamaica beat the USA at Penn Relays last week.

Curiously, at a meeting in a country that can boast of the likes of Usain Bolt and Yohan Blake, who are both missing through injury after originally being penciled in to compete, it is the women’s sprints across the programme that command the majority of the attention.

Jamaica’s two-time Olympic Games 100m champion Shelly-Ann Fraser-Pryce will not be part of the contest over her gold medal distance but will run the 200m, and will have as her main opponent Bianca Knight, who ran the third leg on the USA’s World record-breaking 4x100m team in London.

“It’s my first 200m so I am looking to go out and have a good time, and run well, because I will be competing against good athletes,” said Fraser-Pryce, who also won a silver medal in this event at last year’s Olympic Games.

In the women’s 400m, Great Britain’s Christine Ohuruogu, will face Jamaicans Novlene Williams-Mills and Rosemarie Whyte. The local pair were also both finallists in London over one lap of the track.

Also in the women’s 400m are two other top Jamaicans: Stephanie McPherson, who recently ran a personal best of 50.74, and Kaliese Spencer.

The women’s 100m Hurdles also sees two London finalists, USA’s silver medallist Dawn Harper and her fellow American Queen Harrison, who is in good form after racing to a 2013 world-leading 12.71 at the Drake Relays last weekend, will face and Canada’s Jessica Zelinka, who was seventh at the Olympics last summer.

Jamaica’s Hansle Parchment will face the man he beat to the 110m Hurdles bronze medal in London, Great Britain’s Lawrence Clarke, who is stopping off on the Caribbean island on his way home from several weeks of warm weather training in Florida.

Dominican Republic’s Luguelin Santos, who went on from winning the World Junior title in Barcelona to silver at the Olympic Games last summer, is the big name in the men’s 400m, while the men’s 400m Hurdles has Trinidad and Tobago’s 2010 World junior champion Jehue Gordon and the USA’s two-time World champion Kerron Clement.

The pick of the field events could be the men’s Shot Put with US big guns Christian Cantwell and Ryan Whiting, the former being the 2009 World champion outdoors and the latter the 2012 World Indoor Championships winner and the dominant figure indoors this winter.