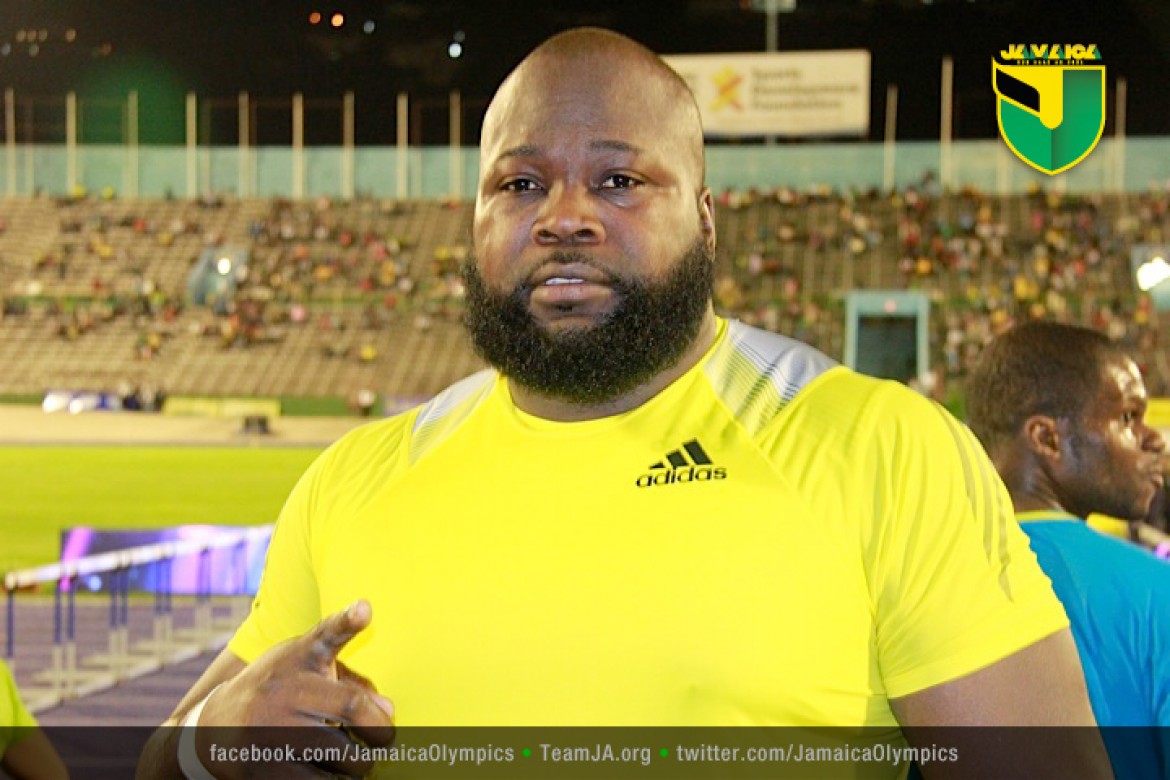 [hr]
Jason Morgan is one of the most determined Jamaican sport personalities that I know. The former Calabar High School man virtually coached himself to the Olympic Games in 2012 and a couple IAAF World Champion-ships before that with little resources, all while juggling a regular 9-5.

That has changed and the 30-year-old is taking the first steps towards a successful 2013 season.

Let’s get to really know that man who shared many an Olympic headline with Usain Bolt, as he speaks about his love for the women’s 100m, his area-leader-type nickname, his days as a sprinter, as well as the painful death of his mother – something he is reminded of every day; none more than on Mother’s Day itself.
[hr]

André Lowe (AL): Jason ‘Dadz’ Morgan; first of all, explain to me why people call you ‘Dadz’, makes you sound like a little area leader or something?

Jason Morgan (JM): (laughs) The name ‘Dadz’ is timeless! I am a leader, but not an area leader. Seriously though, I have had that name since my time at Waterford Primary School in grade four. I guess I’ve shown leadership skills since a young age.

AL: Let’s hear a bit about you. Where did you grow up, school, early life … ?

JM: I grew up in Waterford, Portmore – the same place my friend and neighbour Vybz Kartel calls ‘Gaza’. I was always well known in my community. Big up all my friends and family in Waterford.

AL: I know you’re are a family man and also a father, tell us about family life and how you find time to make everything work while you continue to pursue your athletic aspirations?

JM: I do enjoy every moment I spend with my kids. My daughter Jasonica Morgan is six years old and my son Jason Morgan Jr is four years old. We have the same birthday (October 6) and yes, I planned that (laughs). I try to balance my time with them and also work and my athletic career, it’s all a blessing.

AL: I know you were recently teaching your son to ride his bicycle without training wheels, but I was expecting him to take the bike and throw it away discus style (laughs). All joking aside though, how has being a father changed your life?

JM: Yeah man, it’s a good look. When I watch that video over and over again, teaching ‘Lil Jase’ to ride his bike without training wheels, really, it was more fun for me. The vid is on my Facebook page and also on YouTube – he will remember that for the rest of his life. But honestly, I am loving every moment of trying to be a good father. I know God is pleased by the sacrifice and hard work I put out to make them happy and comfortable.

AL: Now on a sadder note for you, Sunday (today) is, of course, Mother’s Day and I know you lost your mother not too long ago. Tell us about that period and how difficult it was for you to deal with that and how are you coping now?

JM: It’s been six years and I am still dealing with the loss everyday. This Mother’s Day is gonna be hard like the rest, since she been gone. It’s all good though.

AL: If memory serves me correctly, you lost her during a World Championship year. How did that play on your mind at the championships?

JM: Yeah man, I lost my mom in 2007, the same year I broke the six-year-old national discus record. I became the first Jamaican discus thrower in history to qualify for a World Championship. That same year, I also became the first person in my entire family, I mean the whole generation, to graduate from university with a psychology degree from Louisiana Tech. Plus, that same year, my daughter was born. So that entire year was an emotional roller-coaster ride for me.

JM: On Mother’s Day, I will tell the mom of my children thank you for help putting my angels on earth.

AL: I guess that means you can’t cook (laughs). Ok Jason, you were one of the more lively personalities at the London Olympics. At one point, acting as a bodyguard for Usain Bolt in the Olympic Village. Tell me about that experience and the impact that it has had on your life.

JM: The London Olympic Games was amazing. Everybody knows that Dadz had to bring the positive energy and vibes. Acting as Usain Bolt’s bodyguard was fun and exciting. I remember NBA stars Kevin Durant and Russell Westbrook from the OKC Thunder came up to me and asked me permission to take a pic with Usain (laughs). That was funny, but I kept a serious bodyguard face and gave them the go ahead after a while. I was interviewed by TMZ, Hollywood’s famous media outlet; actually I was interviewed twice. I just need to be in a movie now. Big up the ‘Fun-tastic four’, mi real friends Maurice Smith and Leford Green, as well as big Dorian Scott.

AL: You get a chance to come to Jamaica every now and again, what is your ‘must have’ item when you reach home?

JM: There is no place like Jamaica and when I am home, the first thing that I want as I land is three beef patties, a coco bread and a ting to wash it down.

AL: (laughs) No brethren, a whole heap a patty that! Ok, what is your favourite event besides the discus?

JM: I love to watch the 100m women. It’s amazing to see a woman’s body in that speed transition

AL: Well, it’s at least true for some. How did you get into discus to begin with and were there other events that you competed in during school days?

JM: My real friend Maurice Smith, the decathlon star, introduced me to the discus. He kinda pressured me to throw shot put and discus when we were at Calabar. At first, I told him that I didn’t want to throw because girls don’t like throwers, but I saw that I was wrong when I went to my first meet with him. Girls like strong men (laughs). I thank him every day.

I was a sprinter and jumper at Calabar before I started throwing, believe it or not. I used to beat Germaine Mason, the famous Jamaica and British Olympic medallist high jumper in high school. I ran on the 4x100m team as well. I am also a gold medallist on the medley relay team the year before I won my first Champs discus medal in 2000 – a bronze. I got a double gold the next year.

AL: Pretty interesting stuff. Big up yourself … well, you can’t get much bigger than you already are (laughs). Thanks for the time bro and all the best.