Mexico secured 3 crucial points after a win against Jamaica 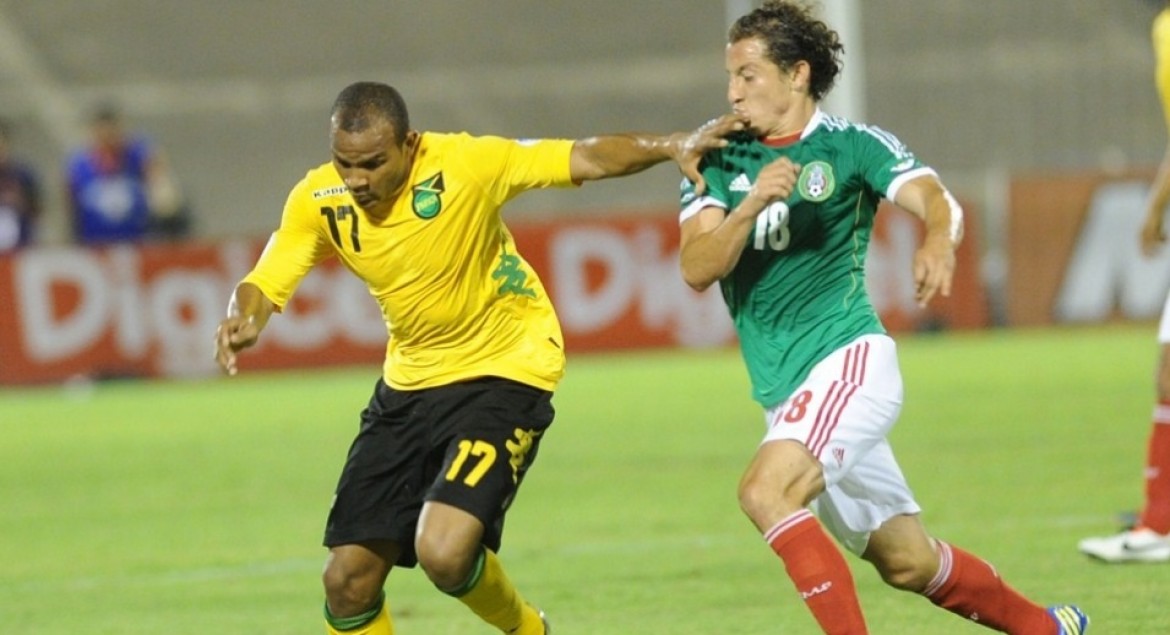 [hr]
A goal from Aldo De Nigris early in the second half saw Mexico beat Jamaica 1-0 on the road in Kingston. It was the Mexicans’ first victory of the CONCACAF Hexagonal round and it sends them to the top of the six-team group, tied on points with Panama. The result leaves the Jamaicans’ hopes of qualifying for the 2014 FIFA World Cup™ in tatters as they are rooted to last place on two points, with only one goal to show from their four games.

The home side asked most of the questions early on, pressing up in attack and looking to lone striker Ryan Johnson as their outlet. The Mexicans were content to sit back on their heels and hope for the occasional counter-attack. The first chance of any note came after 12 minutes when Monterrey target-man De Nigris snapped a header from near the penalty spot on the end of a cross from the right side. It was well handled by Jamaican goalkeeper Donovan Ricketts.

[/column2_last]
[hr]
There were precious few chances of any consequence as the half wound down, but Mexico looked short on ideas going forward, even with De Nigris, Javier Chicharito Hernandez and Andres Guardado in the starting XI. Their best chance of the opening period came on the half-hour mark when Manchester United ace Chicharito, who looked rusty and out of sorts with his passing, slipped in a shot from well outside the box that grazed Ricketts’ post and went out for a goal-kick.

The Jamaicans, for their part, feasted on a diet of half-chances and hopeful crosses with which Johnson – in for dropped national team top-scorer Luton Shelton – could do little. The interval came as a mercy to the home fans, who had hardly a thing to shout about in the entirety of the opening 45 minutes.

It didn’t get much better for the Jamaican supporters after the break, either. Within three minutes of the start of the second half, the Mexicans were in front. De Nigris slipped his marker and nodded home a brilliant cross from veteran Carlos Salcido on the left to put the visitors in the driving seat.

Final push for the home side
Five minutes later, the Jamaicans nearly drew level. Mexican goalkeeper Jesus Corona pulled off a spectacular save with his foot to deny a close-range header from Finland-based O’Brian Woodbine. He repeated the dose on the resulting corner-kick, diving to his left to bat away Rodolph Austin’s towering header.

Chicharito had a golden chance on the hour-mark. Chasing a through-ball into the penalty area, the striker could only steer his shot into the legs of the giant Jamaican net-minder. Ricketts was called on again shortly after to deal with a sizzling header from Jesus Zavala, and the dual-denial seemed to spur the home crowd.

A long-range effort from Austin in the 65th minute had Corona scrambling, before Marvin Elliot missed a sitter, heading wide from six yards out after a perfect cross from the right side. It was all the goal-shy Jamaicans could muster, however, as they still hunt for their first win of the round.

The rest of the pack in the CONCACAF Hexagonal are in action on Friday, when Costa Rica travel to Honduras for a Central American Clasico and the Jamaicans again play hosts, this time to the traveling USA.