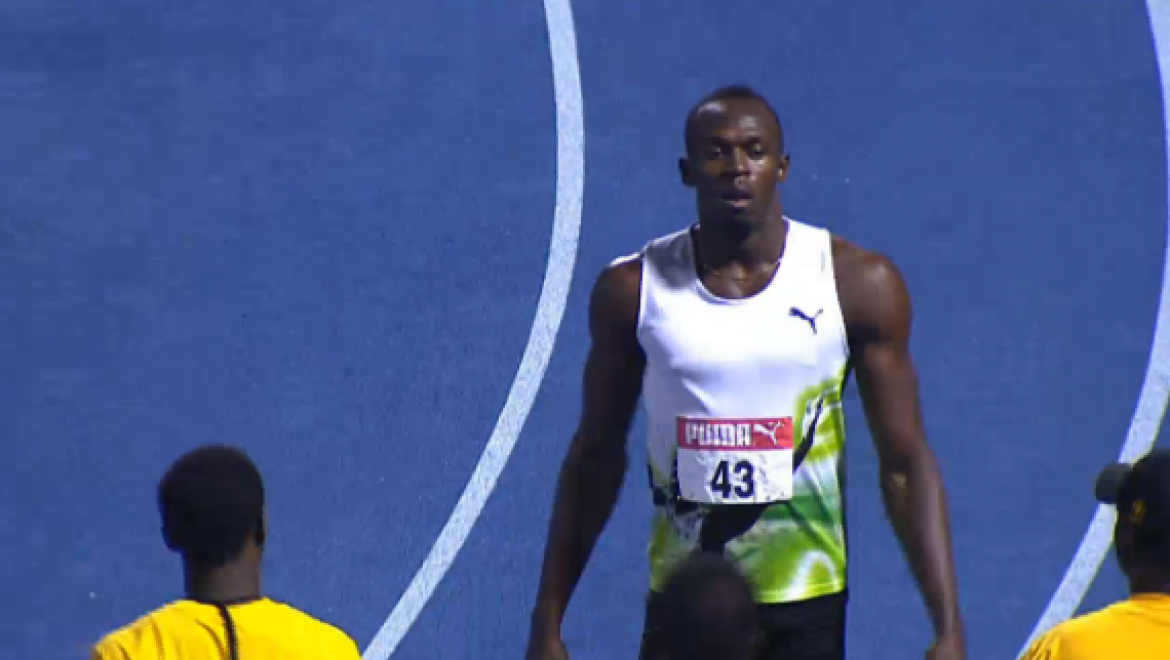 Powell has suffered multiple injuries over the years, including one at a local meet, which forced him to stop running prematurely some weeks ago.

Tyson Gay ran a world-leading 9.75 seconds to win the 100m ahead of Justin Gatlin (9.89) at the US National Trials Friday night.

Stewart ran 10.94 seconds to take the event ahead of Sherone Simpson and Schillonie Calvert.

They will join Shelly-Ann Fraser-Pryce at the Moscow World Championships.

Fraser-Pryce qualified for the event as the Diamond League winner.

American English Gardener ran a personal best and new world leading when she ran 10.85 seconds to win the US National Trials.

Octavious Freeman broke her personal best set in the semifinal to take second in 10.87 seconds. Alexandria Freeman was third in 10.95 seconds.

Wilbert Walker leaps to victory in the men’s triple in 16.40 Metres at the national senior trials – Ricardo Makyn/Staff Photographer