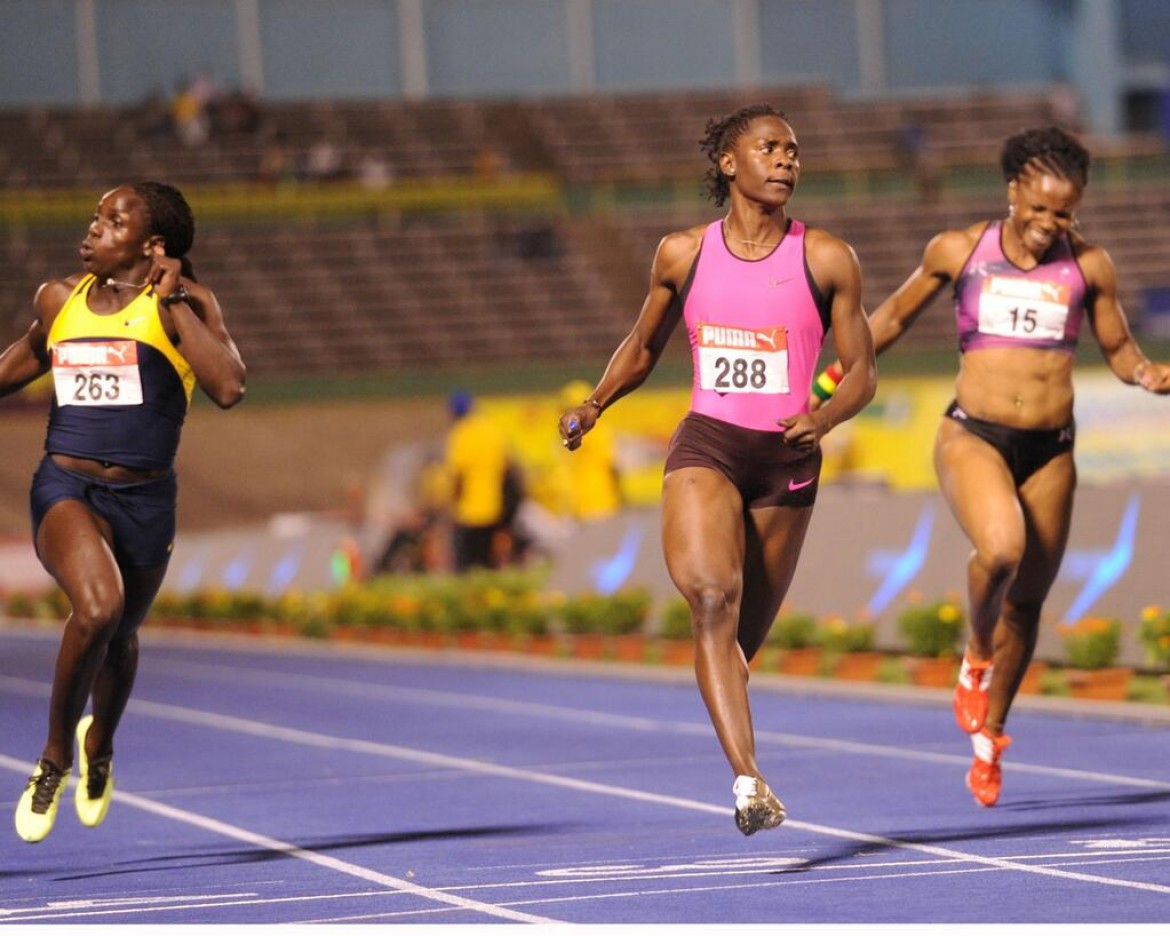 A solid start and glances to his left and right with some 30 metres still left to run, Usain Bolt waltzed to a comfortable 9.94 seconds to win the men’s 100m at the Jamaica Athletics Administrative Association/Supreme Ventures National Senior Championships inside the National Stadium last evening.

His stablemate, Kemar Bailey-Cole, the next big thing from the Racers production line, was second in an impressive 9.98 with Nickel Ashmeade finishing third in 9.99.

“For me, it’s all about qualifying. The trials is always to make the team, when it comes to championships is when it really matters,” were Bolt’s first words after his win.

The biggest shock was perhaps Asafa Powell’s seventh-place finish in 10.22; not even good enough for a spot in the relay pool as it stands.

“For me, Asafa has been through a lot this season, this is probably his third race he actually finished, so I’m surprised he actually came out here and finished a race, so for me, that’s good. Now he can go on the circuit and make some money and get it done,” offered Bolt, sparing a thought for Powell.

Kerron Stewart was also impressive, winning the women’s 100m in 10.96, her first sub-11 seconds in a while, with Sherone Simpson finishing second in 11.03 and Schillonie Calvert, third in 11.07.

“I have to give God thanks that I was able to come out here and execute a good race and come away with the win,” said Stewart.

Ristananna Tracey, 54.52, won the 400m hurdles ahead of Danielle Dowie and Nickiesha Wilson, who both posted 54.94.

Tracey, who endured a challenging 2012 season, said she is extremely pleased with her performance.

“I feel great to come out here and win this race today. Last year, the season didn’t go how I wanted it to because I had to do a surgery early in the season and that hampered me but I put that behind me and came with a different frame of mind this season and worked really hard from the start,” said Tracey.

Kemoy Campbell, the national record holder at 5000m with a time of 13.32.82 set earlier this season, was well ahead of the rest of the pack in winning last night, but finished outside of the B qualifying standard of 13:20.00 for the World Championships and will have to make the mark before July 29 if he is to compete in Moscow.

Discus champion Allison Randall will still have to search for a qualifying time as well, after winning in 58.97m, which, despite being a season’s best also falls below the B qualifying mark of 59.50m. Gleneve Grange was second with 52.95m and Tarasue Barnett third in 52.04m.

Shelly-Ann Fraser-Pryce will make her first appearance at this year’s championships in this evening’s 200m semi-final, set for 8:10 p.m.

An Olympic silver-medal winner in the event, Fraser-Pryce will be tested by the likes of Stewart, Simpson, and Anneisha McLaughlin, who is said to be in particularly good shape coming into the event.

Nickel Ashmeade, who missed out on a spot on last year’s Olympic team will be looking to get the better of London 2012 bronze medallist Warren Weir, with the men’s 200m semi-finals also set to run off today.

Defending champion and Olympic bronze medallist Hansle Parchment will start and end his campaign today, with the running of the 110m hurdles, which gets started at the semi-final stage, with the final set for 8:30 p.m.

The national record holder, who earlier this season lowered that mark to 13.05 in Eugene at the Prefontaine Classic, looks in good form, but will be tested by fellow Olympian Andrew Riley, who has struggled in the last phase of his races so far this season but does have a victory over Olympic champion and world record holder Aries Merritt to his credit. He comes in with a season’s best of 13.20, also recorded in Eugene.